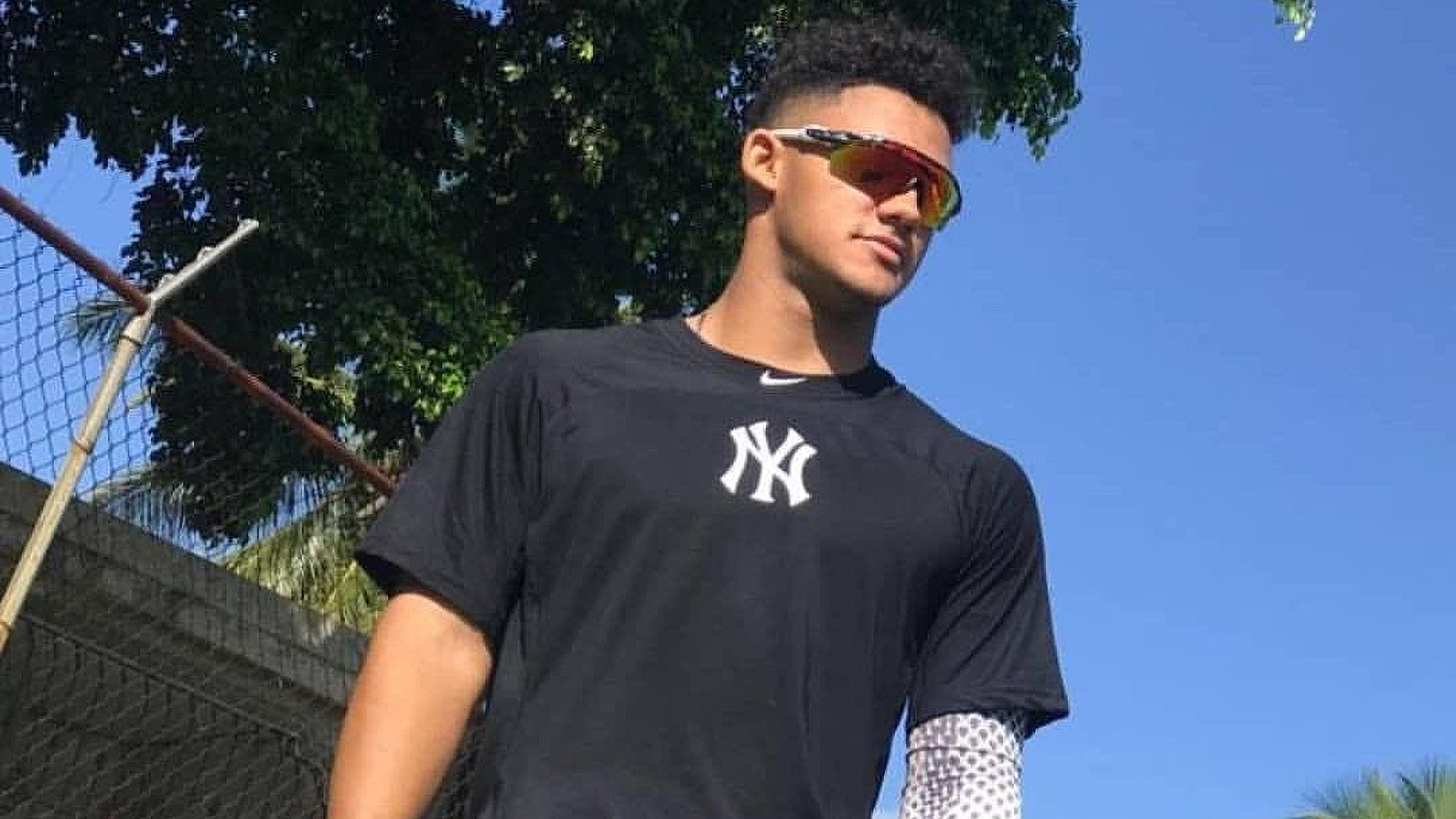 Today is the day! Yankees’ minor leaguers will officially report to the Player Development and Scouting Complex in Tampa to begin minor league spring training.  Official team workouts will begin on Monday, March 9 with the first game of spring training being an exhibition game against the Canadian Junior National team in St. Petersburg.

There is a lot of buzz around the Yankees minor league system with the addition of Jasson Dominguez and the emergence of top prospects Deivi Garcia and Clarke Schmidt in major league camp.  But which prospects am I personally looking forward to seeing play in person on the backfields?

Without a doubt, the number one prospect I cannot wait to see in person is outfielder Jasson Dominguez.  No prospect has had as much fan hype coming into their first professional season than “The Martian” and it will be great to see what we can do at the plate and in the field in person if he is in camp this year.  I have not heard one bad thing about Dominguez from anyone I have talked to, most places already rank him as the organization’s top prospect, despite him not playing in an official game yet.

The 2020 season will be his first taste of professional baseball life, and the grind can be tough even for the most highly touted prospects.  One of the things we will be on the look for is not just how he performs on the field but how he works with the coaches, trainers, and support staff. If he lives up to even half of the hype, he is a special player.  If the hype is 100% real, we are looking at a superstar and it will be fun to see what he does while in Tampa for the first time. 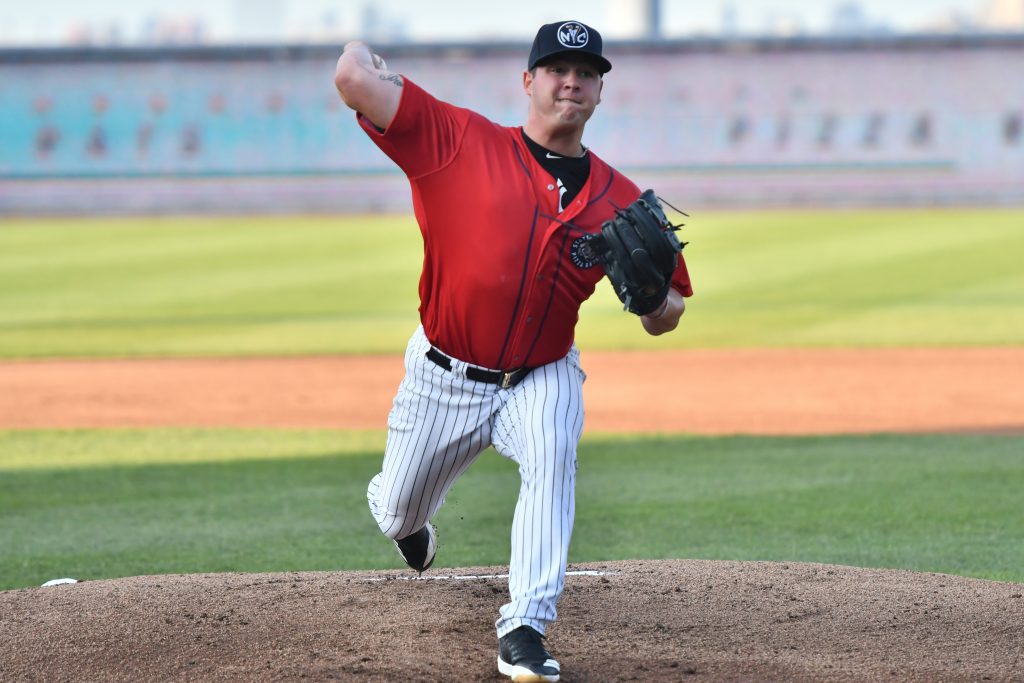 Ernst is a name that does not get talked about much in terms of Yankees pitching prospect.  The 23-year old was drafted in the 15th round of the 2018 draft out of the University of Miami. Ernst ended up missing all the 2018 season due to undergoing Tommy John Surgery prior to the draft.

In his post-draft interview, he talked about how his fastball was 94-97 miles per hour with a high spin rate.  In his first five professional games with Class-A Short-Season Staten Island in 2019, he was mostly in the low-90s with his fastball.  Now, being further removed from Tommy John surgery and with a fully healthy offseason under his belt I look forward to seeing where he is in his development.  Ernst could be a good sleeper prospect to watch during the 2020 season. 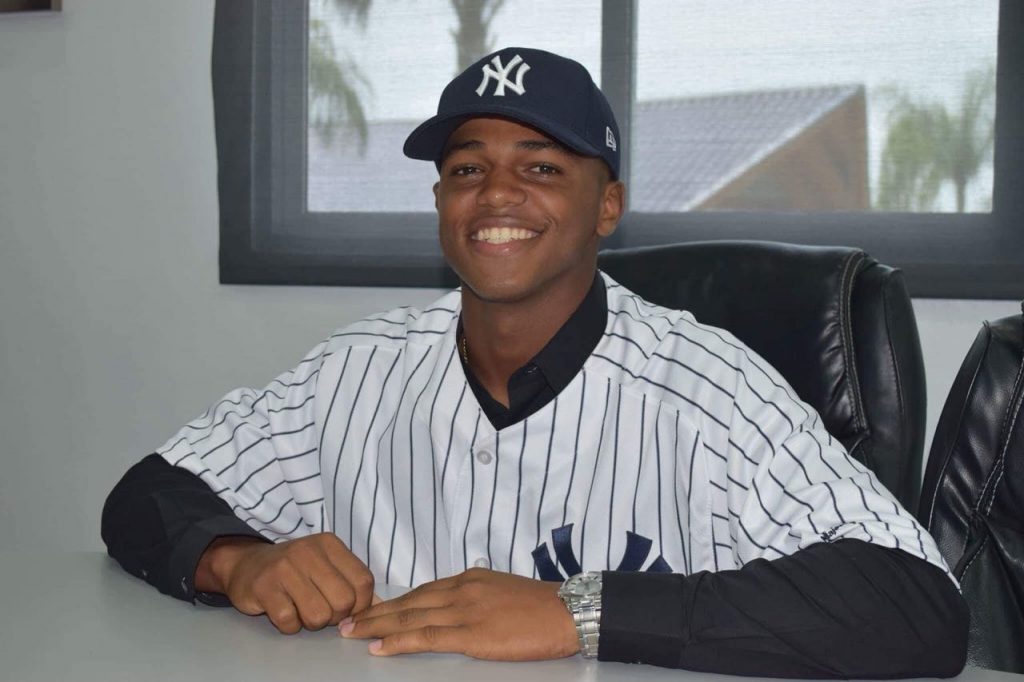 We have been able to watch some video of Escotto from the Dominican Summer League and the ball just seems to fly off his bat.  That along with the data we saw made him jump up our rankings, coming into the 2020 season we ranked him as the 22nd best prospect in the Yankees system.  A few years ago, the standout new international player in minor league camp was Ezequiel Duran, Escotto could be very similar to him.  I for one cannot wait to see him in person. 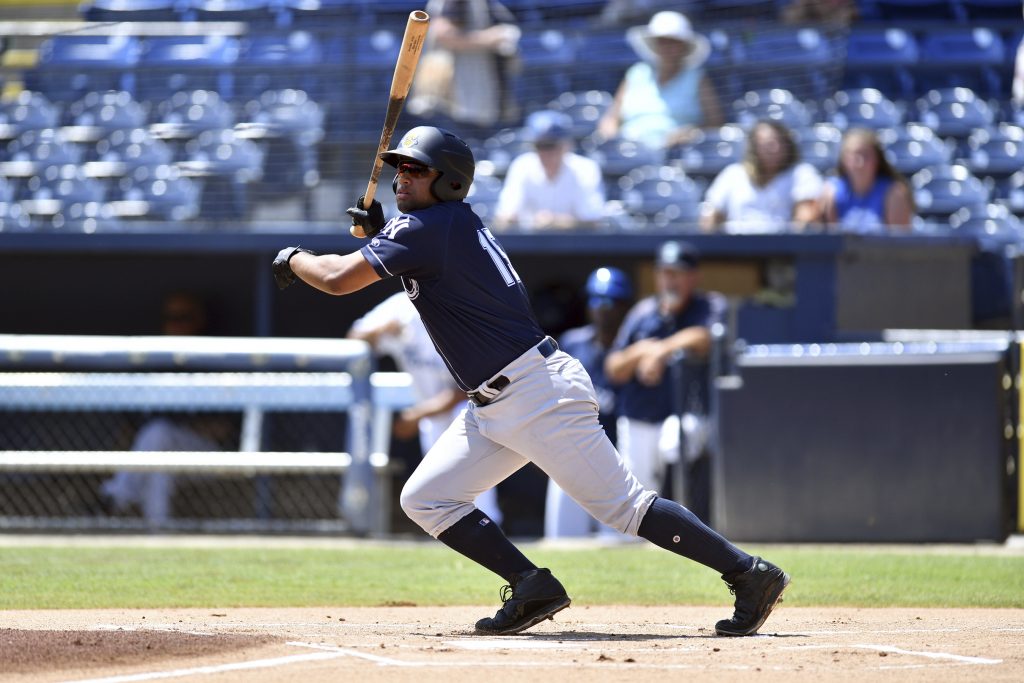 What is there to say about the Canaan Smith? He had a huge 2020 season that propelled him up many prospect lists and well deserved too.  Smith has one of the better eyes at the plate in the system and some good power to boot.

The one knock on Smith from evaluators has been his conditioning but I know he has been working hard to get into better shape.  We saw that last season when he came into minor league camp a good 15 pounds down from his 2018 weight.  It would be great to see what kind of shape he is in now and how it translates into his game.

I have seen Smith make some good plays in left field and if he continues to improve his conditioning like he did last year he could find himself moving further up prospect rankings in 2020. 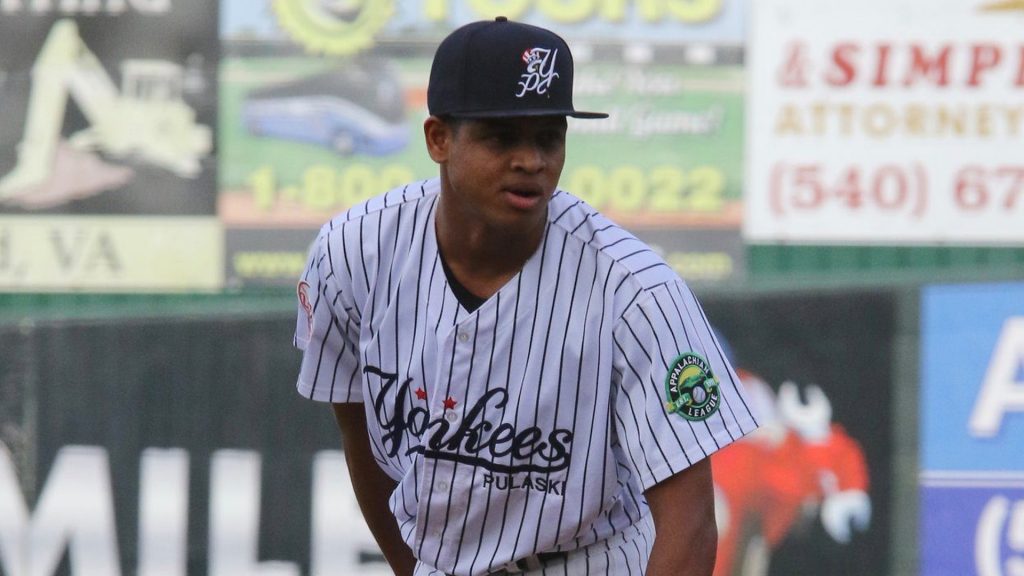 The fifth and final name on this list of prospects I cannot wait to see in minor league camp is right-handed pitcher Randy Vasquez.  Vasquez had a good 2019 season with the Pulaski Yankees where he was 4-1 with a 3.29 ERA over 11 starts with 53 strikeouts in 54 2/3 innings pitched. The real story was the increased velocity on his fastball that opened many eyes to his potential.

Vasquez is 21 years old and was an older signing but is a big sleeper pitching prospect coming into 2020.  If his velocity bump stays, he has the potential to be a mid-to-front starter in the big leagues or a powerful backend bullpen arm. I hope I get to see him pitch in person in camp in 2020 and look forward to following his career.