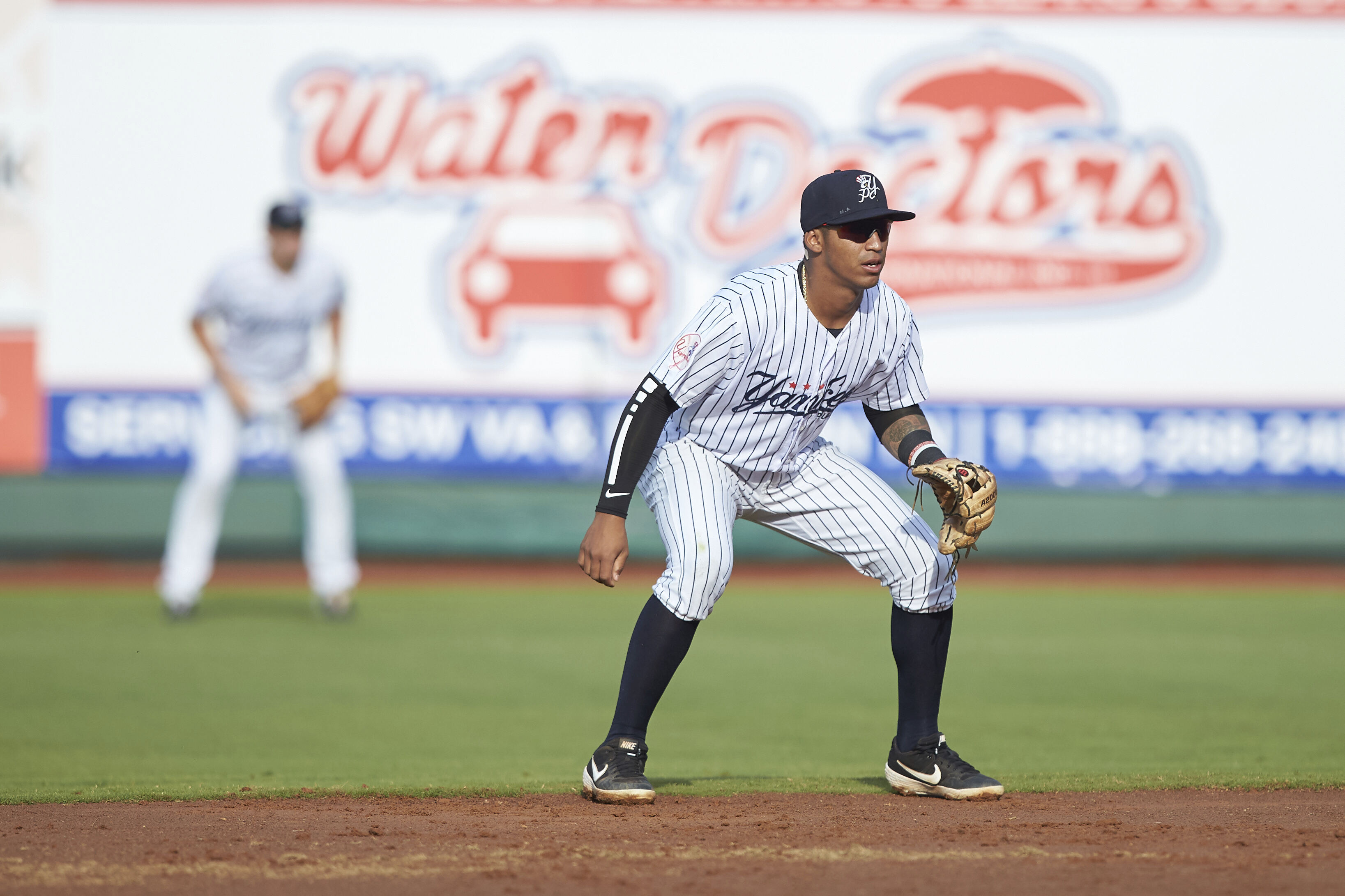 Pulaski Yankees second baseman Roberto Chirinos (17) on defense against the Danville Braves at Calfee Park on June 30, 2019 in Pulaski, Virginia. The Braves defeated the Yankees 8-5 in 10 innings. (Brian Westerholt/Four Seam Images via AP)

Earlier this week we found out that MiLB will be indicating to MLB that they would be willing to undergo a contraction from 160 teams to 120 teams. That means that 42 teams would be potentially on the chopping block and two independent league teams potentially joining the affiliated ranks.

We examined what the contraction plan would mean for the Staten Island Yankees, one of the teams on the initial list of 42 teams, and a team that currently plays in one of the leagues that are slated to be eliminated by MLB as well as looked at the Dream League proposal.  But what about the Pulaski Yankees? The lone team that currently plays in the Appalachian League that would be saved according to the initial plans by MLB. 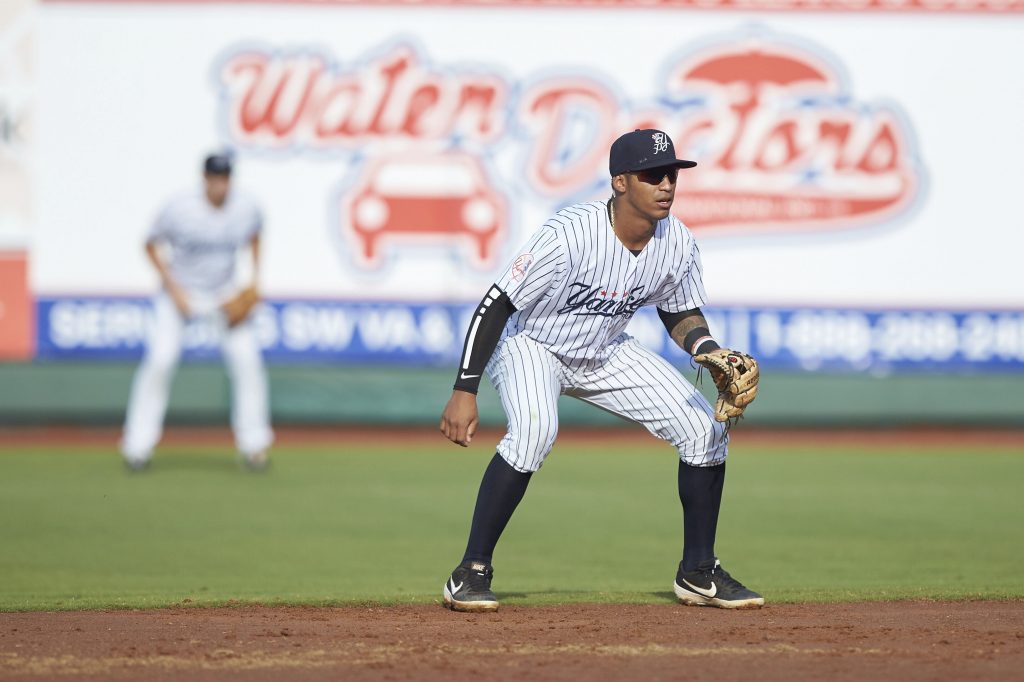 Pulaski Yankees second baseman Roberto Chirinos (17) on defense against the Danville Braves at Calfee Park on June 30, 2019, in Pulaski, Virginia. The Braves defeated the Yankees 8-5 in 10 innings. (Brian Westerholt/Four Seam Images via AP)

First, we must look at the recent history of the Pulaski franchise and why it is the only Appy League team slated to be saved. Back in 2014, it was looking bleak for professional baseball in Pulaski. The three owners of the minor league team were set to retire, the affiliation with the parent Seattle Mariners was set to expire after the season, and the stadium was below the standards of a professional ballpark. Seattle pulled their affiliation, citing issues with the stadium and balking at the money and time needed to renovate the stadium to bring it up to spec.

Enter David Hagan. Hagan was a local businessman who was passionate about baseball and keeping a professional team in Pulaski. After years as a successful car dealer and land developer, he convinced the County of Pulaski to sell Calfee Park to him. He immediately began talking to the Yankees about adding an affiliate in the Appalachian League for the first time since 1982 and increasing the total number of teams in the organization to 10.

After purchasing the stadium from the county work began on a $3.5 million renovation to get it ready for the 2015 season. The renovation included new clubhouses for the home and road teams, new concession stands, a new press box, and VIP towers, expanded seating, and the only video board I the league.

The following offseason saw an even larger investment in the stadium by Hagan, spending $700,000-$800,000 in additional renovations after 2015. Then again after the 2016 season, he invested another $750,000 in ballpark upgrades. This became a continuing theme with new upgrades to the stadium coming after each season. This includes the construction of a hotel to house the players during the season and team offices.

The results were phenomenal. Pulaski went from averaging just 818 fans per game in 2014 to averaging 2,821 fans in 2019. Since becoming a Yankees affiliate in 2015, the Pulaski Yankees have sat on top of the Appalachian League attendance rankings every season and have consistently set new attendance records in the last few years.

Without a doubt, thanks to the effort put into the stadium by David Hagan and the Pulaski Yankees staff the stadium has gone from one that did not meet the standards of a minor league team to one that drastically exceeds it.  Players and coaches rave about the quality of facilities and the effort the office puts in to make them feel at home.

The proposed changes to Minor League Baseball would see the entire Appalachian League cut, with the exception of the Pulaski Yankees. Pulaski would be re-assigned to a higher classification, most likely the new Class-A league that was proposed in the plan.

While the franchise would survive as an affiliated minor league team, the likelihood of the Yankees remaining the parent club would be small. The Yankees enjoy strong ties to the Charleston RiverDogs and Trenton Thunder as well as own both the Scranton/Wilkes-Barre RailRiders and Tampa Tarpons. All four of those affiliates were slated to be saved. The one caveat being that with the new PBA all player development contracts will be reset and open to reassignment.

Thanks to the work put in by the Pulaski staff there are many major league teams that would like to move into the facility. With the leadership currently in place and their strong ties to the community it would be no surprise to see the team thrive no matter which major league organization they are affiliated with.