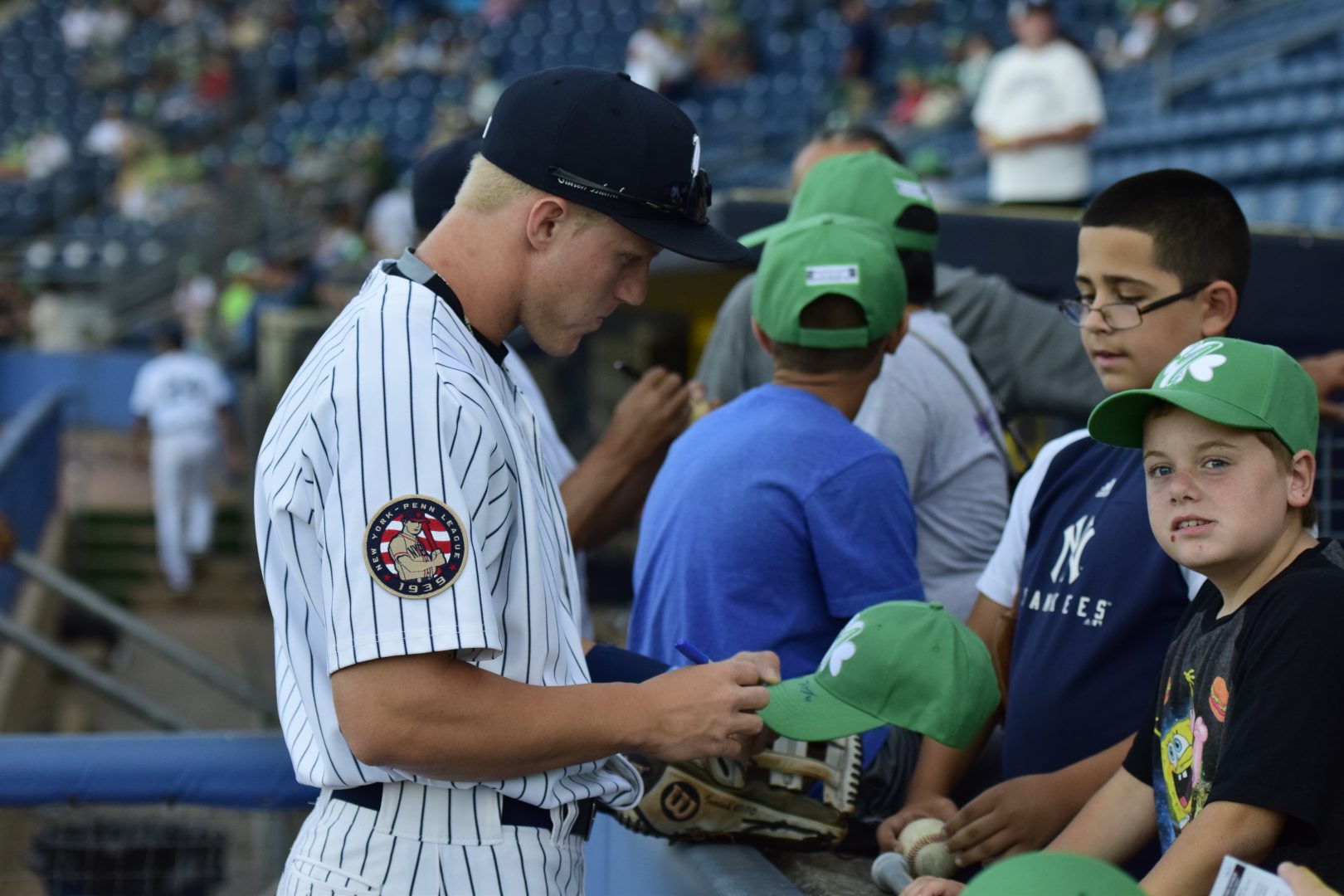 When the news came out that Minor League Baseball will indicate to MLB that they will be willing to undergo a contraction from 160 teams to 120 teams after the 2020 season there was a lot of speculation going around on whether that will mean the end of the Staten Island Yankees as a Yankees affiliate.

The truth is nothing is set in stone.  While yes, the Staten Island Yankee was on the initial list that was made public in November there have been changes to the list in the months since. The initial plan called for the Yankees’ NY-Penn League rivals, the Brooklyn Cyclones to move up to Double-A and take the place of the Binghamton Rumble Ponies.  There is a caveat in that plan that leaves it open to Staten Island retaining their affiliation.  For the Mets to bring their Double-A affiliate to Brooklyn, the Yankees must first approve and vice-versa. 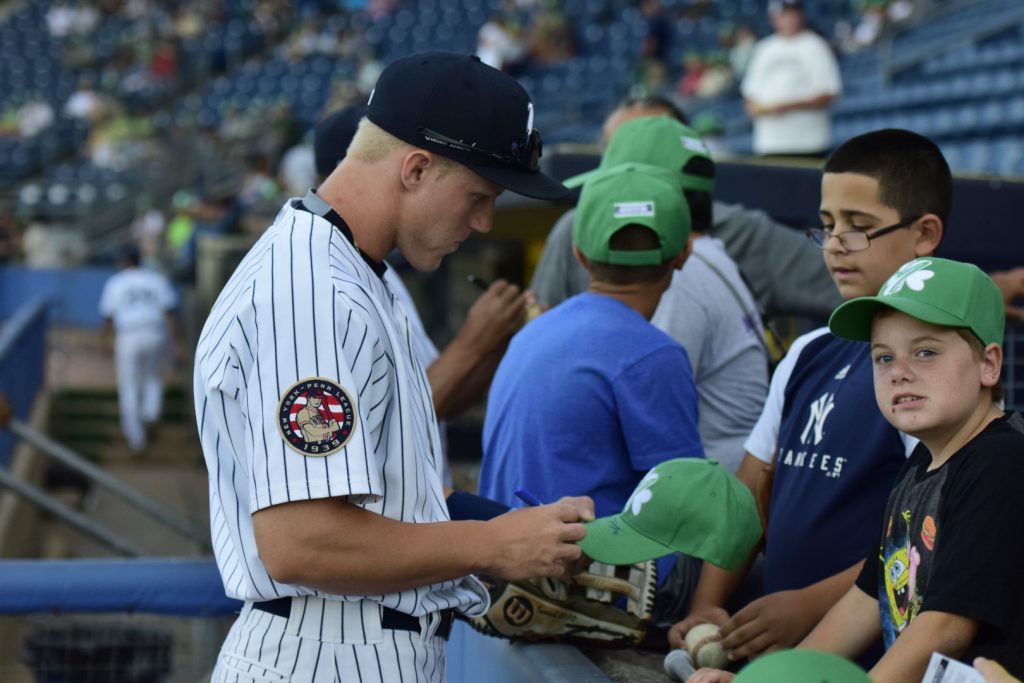 This situation has happened before, first in 1998 when the Mets and Yankees both approved the relocation of short-season teams to NYC and ultimately leading to the Staten Island Yankees in 1999 and the Brooklyn Cyclones in 2001.  But also, in the early 2010s when the Mets wanted to move their Double-A affiliate to Long Island. The Yankees vetoed that plan as it would infringe on their territorial rights and in 2013 when the Yankees tried to get their Triple-A team to play in Newark, NJ temporarily while PNC Field in Scranton was being renovated the Mets vetoed that plan out of fear it would hurt their attendance.

With that in mind, the Yankees have significant power to protect the Staten Island team from losing their affiliate.  The whole reason the team exists today was due to the Yankees wanting a minor league affiliate close by.  In the 1990s they originally approached their long-time affiliate partner in Oneonta to move, but when they refused the Yankees bought a stake in the Watertown Indians and moved them to Staten Island for the 1999 season.  In 1999 and 2000 the team played at the College of Staten Island before moving to the $29 million Richmond County Bank Ballpark at St. George.

Since then, Yankees prospects have called St. George their home field with the likes of Robinson Cano, Chien-Ming Wang, Brett Gardner, Dellin Betances, and others getting their first taste of playing in NYC at the stadium. The stadium was build using public financing, with New York City taxpayers picking up the bill for the construction of the stadium.  Losing the team will be a big blue to Minor League Baseball in terms of convincing municipalities across the country to help with financing the construction of new stadiums or the renovations of existing facilities.  If New York City could be out $29 million, then what would that mean for the various small towns that are thinking about luring an affiliated team with a publicly financed stadium?

The Yankees themselves commented publicly in November about the situation.  The statement read: “There are negotiations currently taking place between Major League Baseball and Minor League Baseball. We have been assured today that there have been no decisions made regarding the elimination of the Staten Island Yankees. We support the Staten Island Yankees and their facility, and people should give the negotiations a chance to conclude before speculating on any outcome.”

The Staten Island Yankees have not been without their struggles in recent years.  In 2011 the team was sold to its third ownership group since it’s inception in 2011 and a 34% drop in reported attendance the following season when they changed how ticket sales were reported.  That was followed by another 30% drop in attendance from 2015 to 2016 when the City of New York leased out the stadium’s two parking lots for the construction of Empire Outlets and the now-defunct New York Wheel.  The outlets finally opened in 2019, but the Wheel has been stalled leaving a partially constructed parking garage and an abandoned construction site. In a car-centric town like Staten Island, losing the parking lots was a drastic blow to the team’s ability to draw fans throughout the borough.

While all of the sports world is focused on when the major leagues will return, @HeyNowJO and I want to make sure we don't take our eye off the ball when it comes to the @SIYanks.

This team means so much to our borough, and we hope @Yankees will continue supporting them. pic.twitter.com/1OCDnkYRpT

Recently, Congressman Max Rose and Borough President James Oddo released a joint letter they sent to Yankees owner Hal Steinbrenner. In the letter, they talked about the positive effect the team has had on the community and how the Yankees have the power to save the team.

Rumors have swirled over the last year that the current owners of the Staten Island Yankees have been shopping the team.  There has been no confirmation of that, nor has it been confirmed if they are looking for an outright buyer or someone to join the ownership group.  In addition, the team was in the beginning stages of planning a renovation to the stadium, which has only seen minor changes in its almost 20 seasons. There is no arguing against the fact that the stadium needs a refresh, especially in the player facilities that fans rarely ever get to see. For example, coaching staffs have doubled in size since the stadium was first built and now includes analysts and video managers.

While many minor league teams have announced staff cutbacks and furloughs, Staten Island has been relatively quiet at the time of publication.  Teams that were considered the gold standard of stability and operation like the Durham Bulls announced they are furloughing over 50% of their front office staff.  The Memphis Redbirds also announced layoffs and furloughs for their employees due to the COVID-19 pandemic. Like many MiLB teams, the Staten Island Yankees did apply for CARES Act loans, but there has been no update on whether they were approved.  Meanwhile, the Staten Island Yankees announced an auction to help raise money to feed frontline works at Staten Island hospitals.

Since the initial publication of this column, there have been more rumblings about whether or not there would be a minor league season in 2020. Since MLB released details about the draft and their initial proposal to the MLBPA for the start of the season it is increasingly likely that there would be no season. That means the teams that will ultimately be cut likely already played their last games as affiliated minor league teams.

Until an official announcement, the truth is, we will not what will be the outcome for the Staten Island Yankees, but it is too early to tell if it means the end. What is known is that the outcome of the COVID-19 pandemic will drastically change baseball.  Until this is all over, all the people of Staten Island can do is sit and wait to find out what will happen to the longest operating professional sports team in the history of the borough.