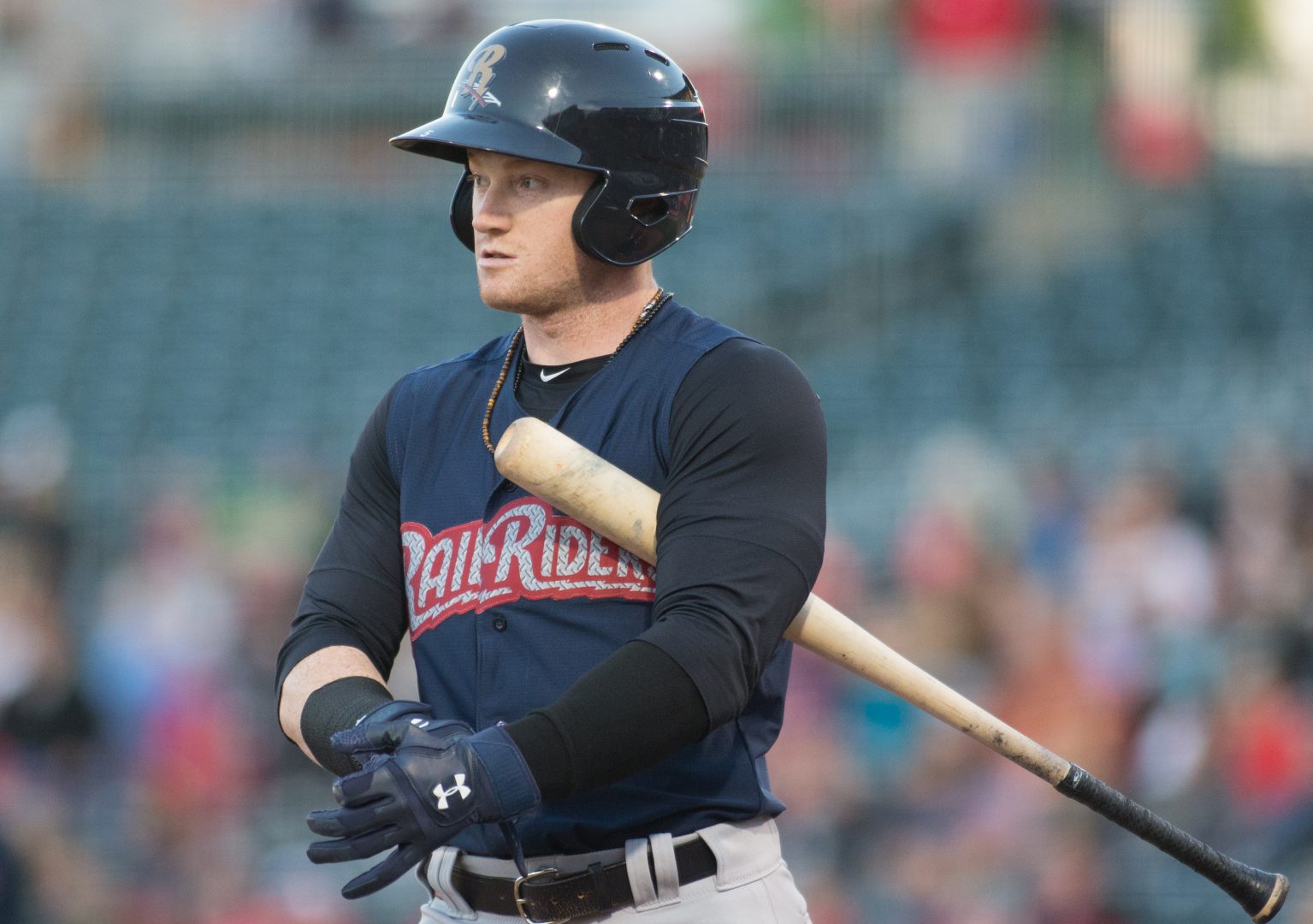 Clint Frazier gave the RailRiders an early 1-0 lead as he cranked a solo-shot off the left field video board in the top of the second inning. Frazier now has homered in three straight games and has a team-high nine big fly’s. Ji-Man Choi, Mason Williams, and Gleyber Torres all singled home a run in the contest to give the RailRiders a 4-2 victory over the Toledo Mud Hens. Torres, Frazier and Williams all recorded multi-hit games on Friday as well. Following a quality start by Chance Adams, Tyler Webb, Ben Heller, and Ernesto Frieri combined to throw four scoreless innings of relief. Heller struck out a pair in his near-perfect inning.

17 hits propelled the Thunder over the Portland Sea Dogs by a score of 8-6 on Friday. Thairo Estrada, Jake Cave, and Zack Zehner paced Trenton’s offense by collecting three hits apiece. Cave doubled twice and recorded three runs batted in what was a terrific performance. On the pitching side, Josh Rogers made his Double-A debut and pitched to mixed results. After giving up four earned runs in the second inning, Rogers ended up retiring 14 of 15 batters faced en route to earning the victory. Matt Wotherspoon was simply lights-out over 2.1 scoreless innings. He struck out five and only allowed a single baserunner.

The T-Yanks squeaked out a 4-3 victory over the Daytona Tortugas. Nick Solak and Jeff Hendrix led the offense by each collecting a pair of hits and driving in a run. Solak singled home Chris Gittens on a line drive to right field in the top of the second, while Hendrix doubled home Gittens in the top of the fourth. The Yankees pitching staff allowed four runs, however none of them where earned.

Estevan Florial led-off the bottom of the first inning with a solo-shot to deep center field. Florial’s home run was the only run scored in the contest until the bottom of the 13th inning. Eduardo Navas, who entered the game as a pinch hitter for Donny Sands, proved to be the hero. Navas laced a RBI single to right field scoring Angel Aguilar to earn the victory. Nick Green and Kolton Mahoney combined to pitch the first eight innings of the game. The pair struck out eight, and allowed one run on six hits. Garrett Mundell and Adonis Rosa tossed the next five frames. Mundell was perfect through two, striking out three Greenville Drive batters. Rosa allowed just one baserunner (on a walk) through the final three frames of the extra-inning affair.