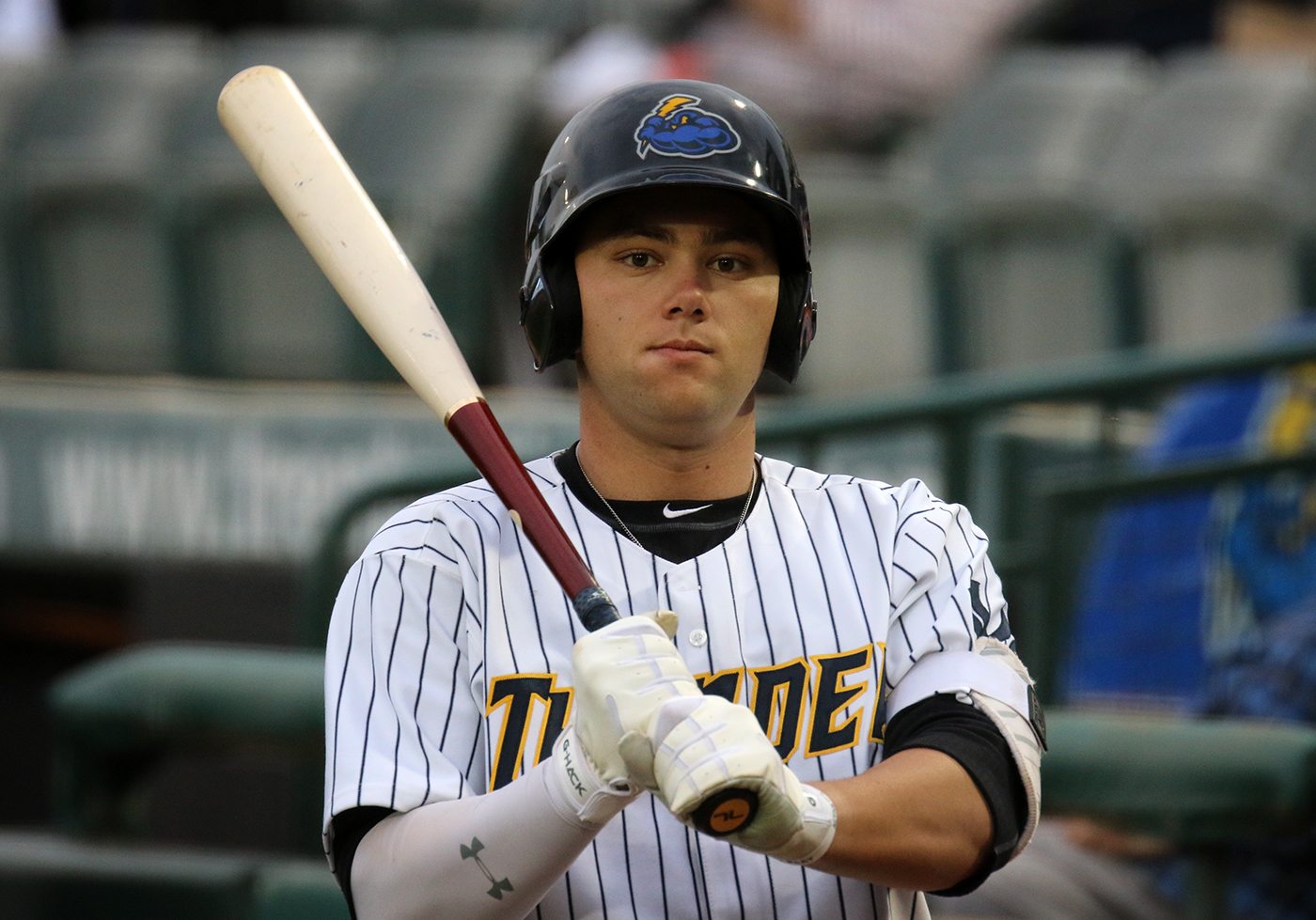 James Pazos, RP, Scranton/Wilkes-Barre RailRiders (Triple A): Pazos tossed 1.2 innings of perfect baseball. James struck out each of the five Rochester Red Wings that he faced in order.

Nick Goody, RP, Scranton/Wilkes-Barre RailRiders (Triple A): Goody entered the game in relief of Pazos and struck out three of the four batters that he faced (permitted a single) over one scoreless inning.

Dante Bichette, 1B, Trenton Thunder (Double A): Bichette went 3-4 with two home runs and a double. He finished the game with 11 total bases, two runs scored and three runs batted in.

Brandon Wagner, DH, Pulaski Yankees (Rookie): Wagner went 3-4 at the plate with a home run, double, and an RBI. He also scored two runs in Pulaski’s 4-2 victory over the Burlington Royals.