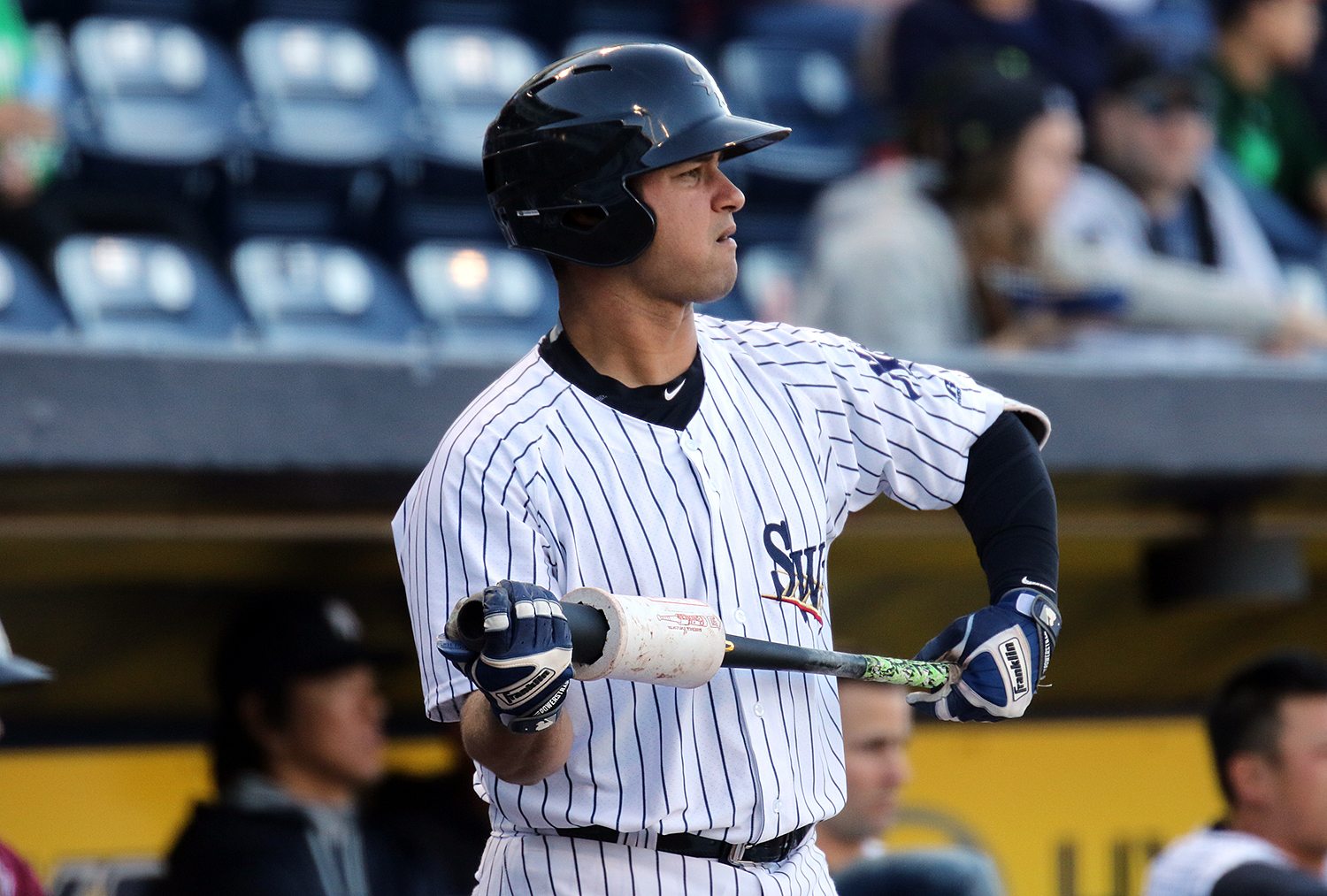 Scranton/Wilkes-Barre RailRiders catcher Eddy Rodriguez on deck against the Buffalo Bisons at PNC Field in Moosic, Pa. on Wednesday, April 20, 2016. The Bisons won the game 8-1. Photo by Martin Griff

Eddy Rodriguez cranked a grand slam in the bottom of the 12th inning to lift the RailRiders over the Pawtucket Red Sox. Tyler Wade went 2-for-4 with a home run, two walks, a run batted in and three runs scored. Wade also swiped his lead leading 12th bag of the season. Dustin Fowler finished the contest going 4-for-5 with a walk, two runs batted in, one run scored and fell a homer shy of the cycle. Mason Williams also had a good game, going 3-for-5 with a RBI. Tyler Jones was stellar in relief, tossing three perfect innings while striking out five.

Erik Swanson and Matt Marsh pitched the Yankees to a 1-0 shutout victory over the Florida Fire Frogs on Monday. Swanson threw seven innings of four hit baseball. He struck out one and walked none. Marsh fired two innings of near-perfect baseball. He walked one, permitted no hits and struck out three. Tampa scored their lone run on a Jhalan Jackson fielder’s choice in the top of the 9th inning.

The RiverDogs are back to playing .500 baseball thanks to a quality start by Freicer Perez, and tremendous relief work by Trevor Lane and Garrett Mundell. Perez pitched 5.2 innings, struck out eight, and allowed one earned run on one walk and five hits. Lane earned his second hold of the season by throwing 2.1 innings of perfect baseball. He also struck out two. Mundell tossed one perfect inning, earned his second save of the season, and struck out one. Offensively, Brandon Wagner went 1-for-3 and smacked his first home run of the season.