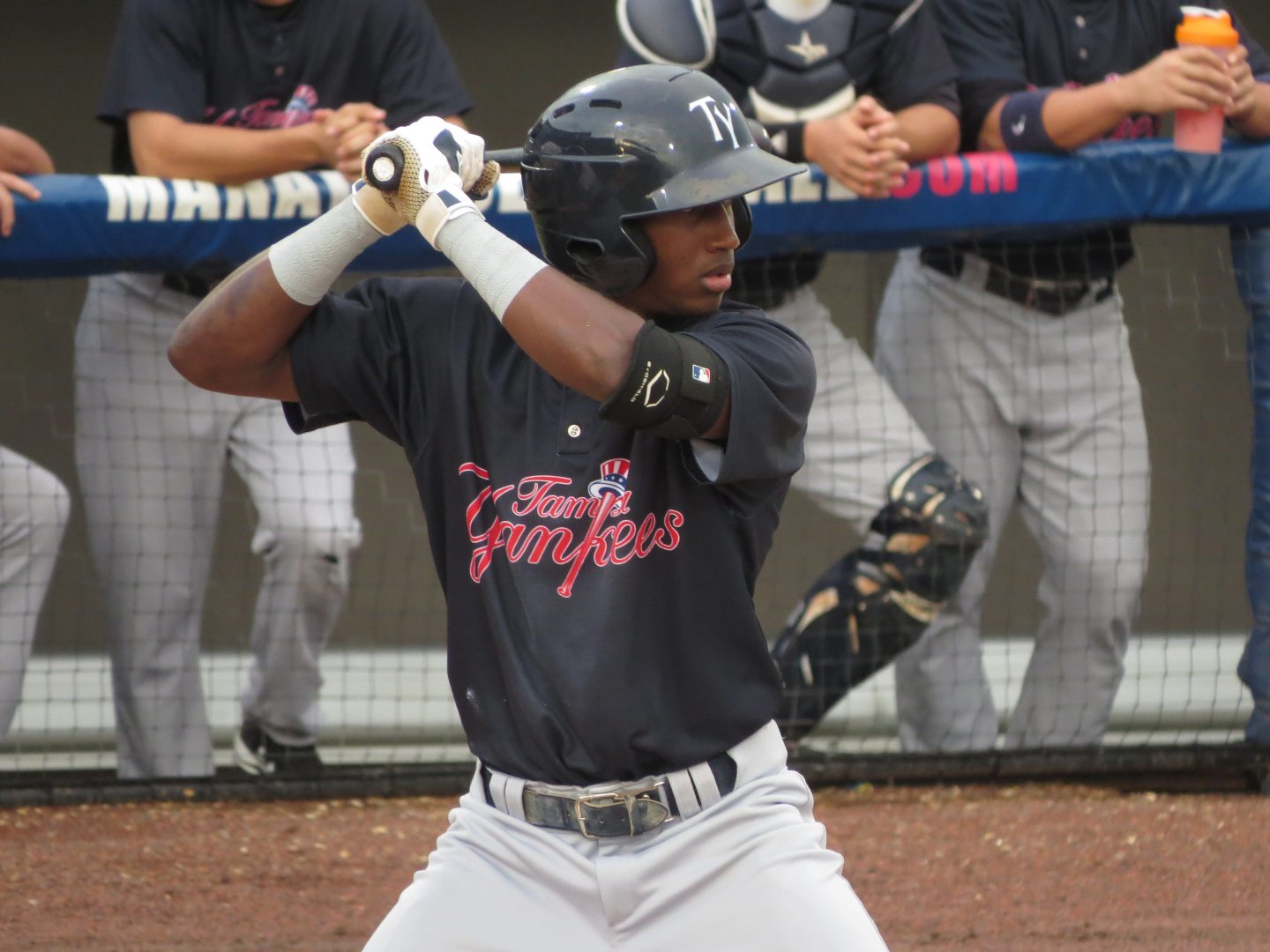 The RailRiders were shutout by a score of 3-0 by the Pawtucket Red Sox on Monday evening. Daniel Camarena filled in as the starting pitcher for the recently called up Chad Green. He threw six innings, gave up three runs on two home runs and a RBI double, walked two, permitted six hits and struck out one. Ruben Tejada led Scranton offensively with two singles in four at bats. He is now batting .329 on the season.

Chance Adams turned in another quality start on Monday against the Akron RubberDucks. Chance threw seven innings of two run ball. He struck out five, walked one, and permitted eight hits. Down 2-0 in the top of the eighth inning, Trenton constructed a furious two out rally. The three-run comeback was highlighted by a Zack Zehner’s two RBI triple and a Billy McKinney’s RBI double. McKinney’s double was his third hit of the night. He fell just a home run short of the cycle. In the bottom half of the frame, Caleb Frare gave up a game winning two-run blast to Indians prospect Bobby Bradley.

Jorge Mateo was the hero of the Yankees on Monday, hitting a game-winning, walk-off sacrifice fly in the bottom of the 13th inning. In all, the T-Yanks logged a season-high 17 hits and six stolen bases. Francisco Diaz, Gosuke Katoh, and Chris Gittens logged three hits apiece, while Tito Polo led the club with four. Polo also accounted for three of the Yankees stolen bases.

The RiverDogs dropped their eighth of its last ten games verses the Delmarva Shorebirds on Monday in Charleston. Starter Freicer Perez got knocked around early and was touched up for five hits and four earned runs in three innings. Isiah Gilliam belted a two-run home run in the bottom of the second, giving Charleston its only offense until a mini ninth inning comeback attempt. Oswaldo Cabrera doubled home Angel Aguilar and Brandon Wagner singled home Cabrera, bringing the RiverDogs within two runs of tying the game. Unfortunately, following the Wagner RBI single, the Shorebirds retired Estevan Florial a batter later to escape the jam.