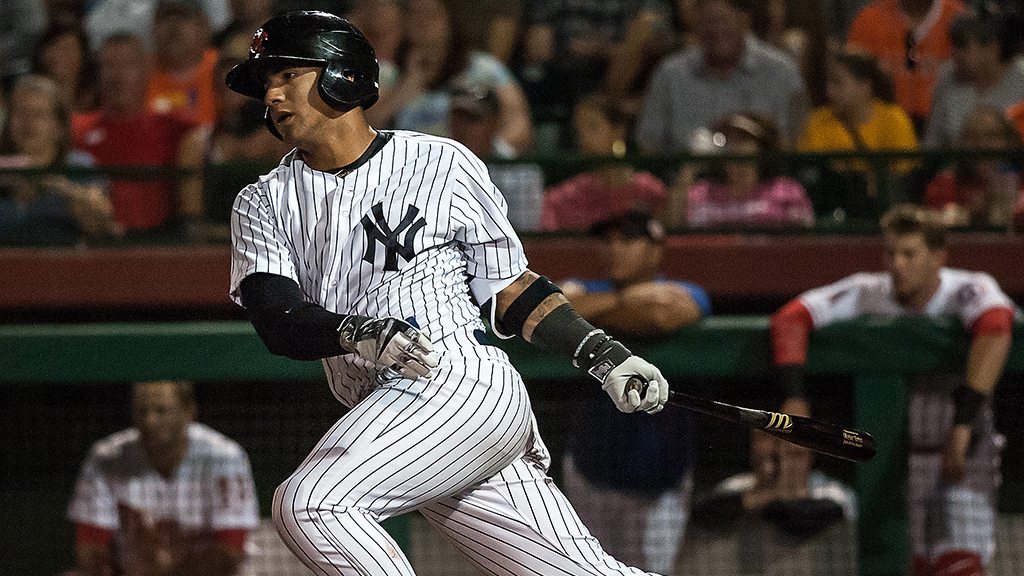 Giovanny Gallegos – Gallegos tossed 2.1 innings of one-run (un-earned) baseball. The Obregon, Mexico native struck out six, and permitted just one walk and one hit in Scranton’s season opening loss against the Buffalo Bisons.

Thairo Estrada – Estrada went 3-4 with a run scored and run batted in.

Gleyber Torres – The Yankees top prospect opened the season by going 2-4 with a double, walk, and run scored.

Mike Ford – Ford went 2-4 with three runs batted in, a double, a walk and a run scored.

Colten Brewer – Brewer pitched three innings of shutout baseball. He walked one, gave up three hits and struck out six.

Anyelo Gomez – Gomez earned his first save of the young season in Charleston’s 6-4 victory over the Lexington Legends. He struck out five, walked one and permitted just one hit over two innings of work.