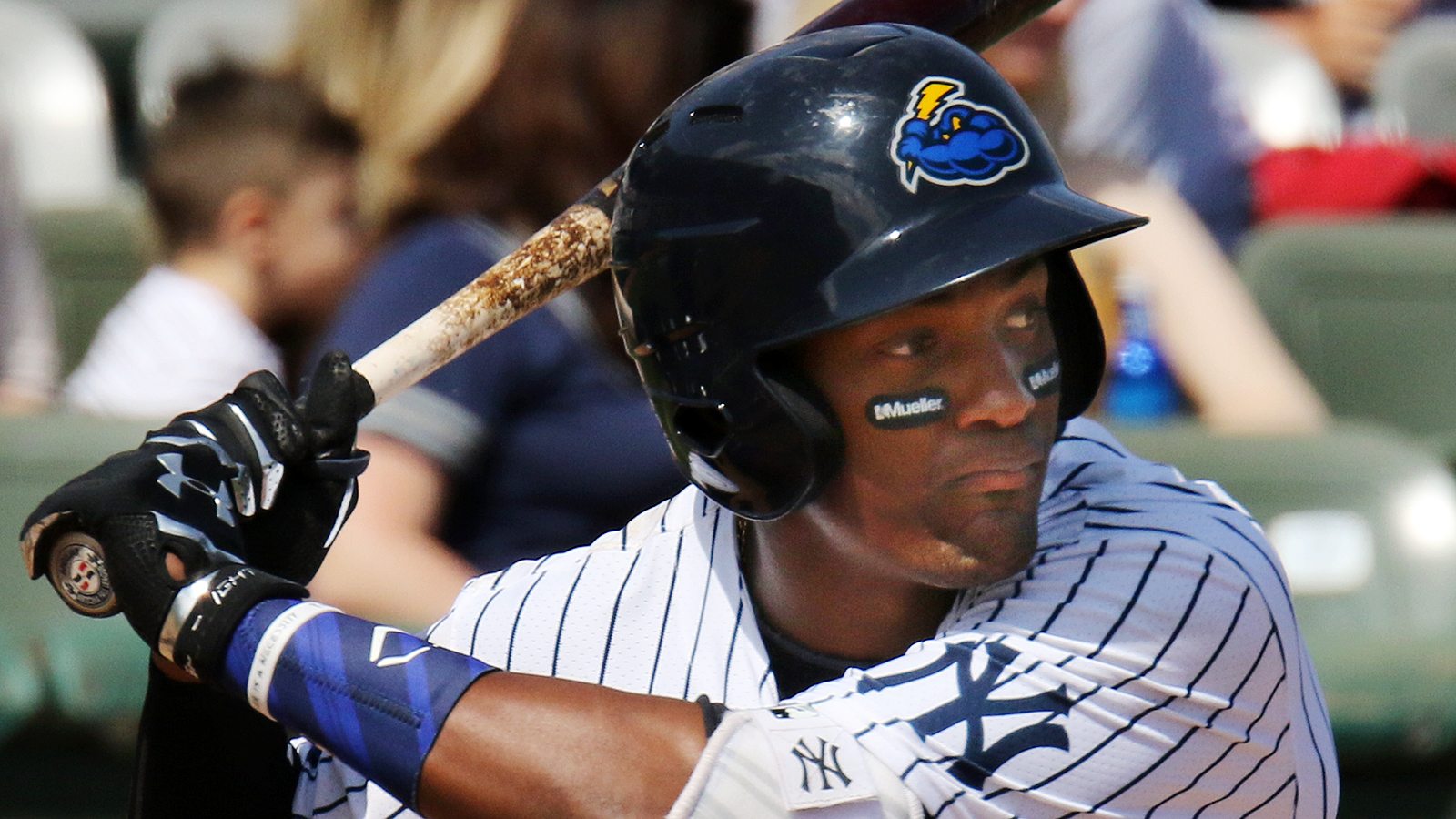 Trenton Thunder’s Miguel Andujar during a game against the Portland Sea Dogs at ARM & HAMMER Park in Trenton on Sunday, May 21, 2017. (Martin Griff)

Tyler Austin and Ruben Tejada both homered in Scranton’s 6-3 loss to the Columbus Clippers. Austin went 3-for-4 with a two-run home run to put the RailRiders on the board in the bottom of the first inning.

Thairo Estrada, Mark Payton, Miguel Andujar, Zack Zehner, and Billy Flemming all recorded multi-hit games in Trenton’s 6-3 victory over the Binghamton Rumble Ponies. Estrada went 2-for-5 with a run scored and a triple. Andujar had another huge night, going 2-for-4 with a home run and three runs batted in. Starter Yefry Ramirez looked great through three scoreless, then exited the game due to an injury to a finger on his pitching hand.

A huge night from Chris Gittens was not enough to lead the Yankees past the Charlotte Stone Crabs. Gittens went 2-for-5 and slugged a fourth-inning home run to right-center field to put Tampa on the board. Greg Bird started his first rehab game and went 1-for-1 with two walks.

The RiverDogs spoiled a great performance by Nick Green on Wednesday night. The righty turned in a quality start, throwing 7.1 innings of five hit baseball. Three runs came across to score while Green was on the mound, but only two were earned. He struck out six and permitted three walks. Blake Rutherford and Angel Aguilar led the team with two hits apiece. Rutherford drove in a run while Aguilar hit a double and scored a run. The pair accounted for two of the three RiverDogs runs.