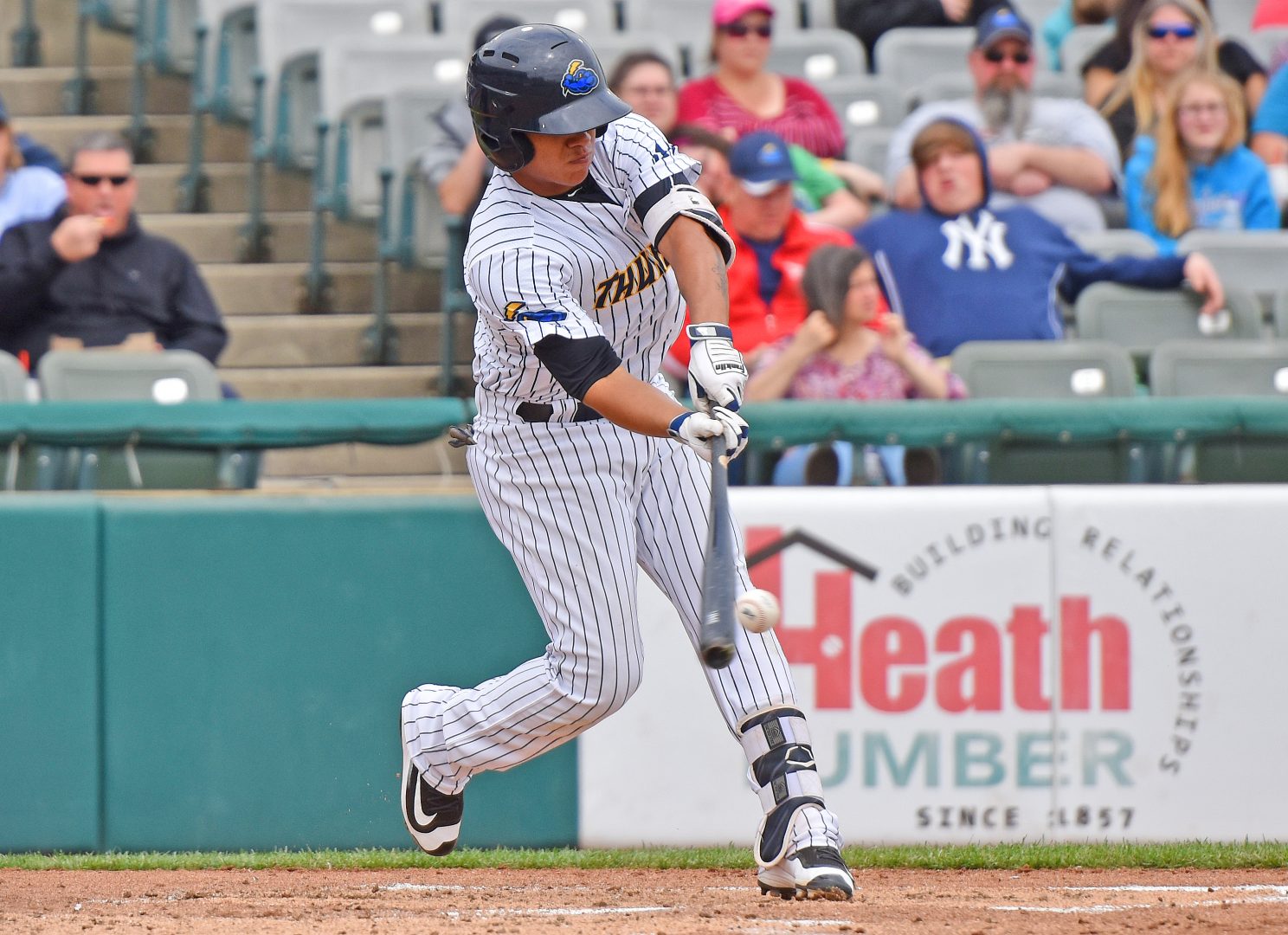 The RailRiders committed five errors in an ugly 11-5 beating from the Syracuse Chiefs. Dustin Fowler hit is minor league baseball leading sixth triple of the season in the contest. He finished the game going 2-for-5 with three runs batted in, also hitting a double. Leadoff hitter Tyler Wade collected three hits in five at bats, scored two runs, and raised his batting average to .308.

Trenton Thunder starter Justus Sheffield was unhittable through the first eight batters of the game, then the Harrisburg Senators put together a major two-out rally. The Senators would string together four straight hits and go on to take a 3-0 lead. That lead would never be given back in what would be a 6-2 Thunder loss. Trenton scored both of their runs in the fourth inning via a Miguel Andujar RBI single and a Billy McKinney RBI fielder’s choice. Thairo Estrada paced the Thunder offense by recording the only multi-hit game of the contest. He has now reached base safely in 23-of-26 games this season, and is batting .319. Matt Wotherspoon was great out of the bullpen, throwing 2.1 scoreless innings of relief. He struck out two, walked two and permitted one hit.

The Tampa Yankees were shutout 2-0 in the series opening game against the Clearwater Threshers. Tampa struggled again with runners in scoring position, going 0-fo-9 in the contest. They also were victims of four double plays. Anyelo Gomez made his Tampa Yankees debut, throwing two scoreless innings and striking out four. Tito Polo went 1-for-2 with a double and two walks. The double extended his hitting streak to eight games.

The RiverDogs destroyed the Hickory Crawdads for a second straight night, this time by a score of 14-4. Diego Castillo and Ben Ruta led Charleston with three hits apiece. Isiah Gilliam, Blake Rutherford, and Donny Sands all collected multi-hit games as well. Each of the RiverDogs hitters reached base safely in the 16 hit barrage. Oswaldo Cabrera and Castillo drove in three runs each while Estevan Florial, Hoy Jun Park and Rutherford each drove in two. On the mound, Brian Keller (10), Kolton Mahoney (2), and Garrett Mundell (2) recorded a combined 14 strikeouts and issued no walks.