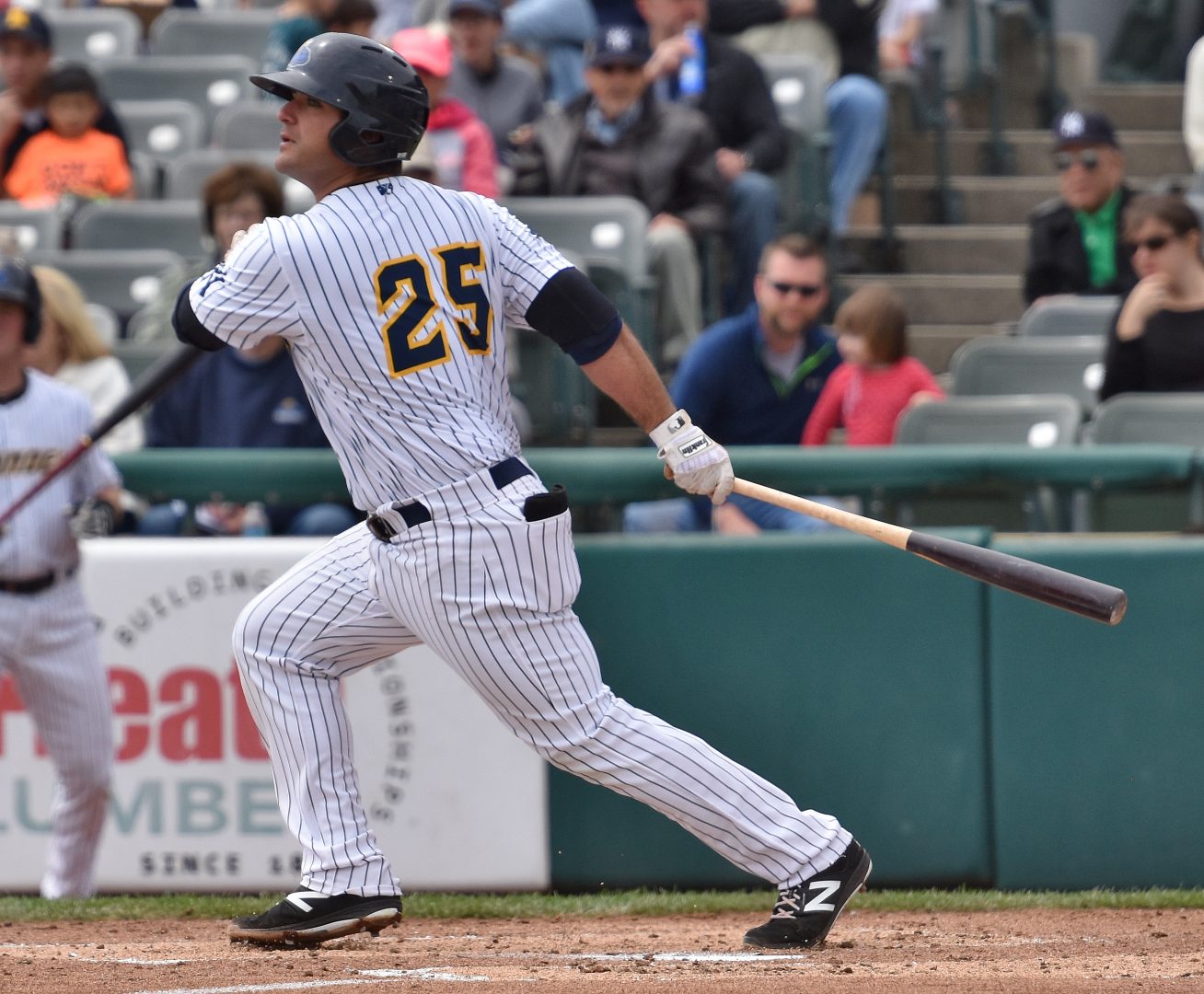 Scranton/Wilkes-Barre RailRiders (Triple A)
In his final rehab start, Gary Sanchez went 2 for 5 with a double, run scored, and run batted in during Scranton’s 5-3 loss to the Lehigh Valley IronPigs. Sanchez hit .385 in his rehabilitation stint with the RailRiders and experienced no setbacks. Tyler Wade impressed at the plate going 2 for 5 with a double and two runs scored. On the mound, Giovanny Gallegos fired two scoreless innings. He allowed two hits but struck out six while walking none.

Mike Ford and Jorge Saez continued to swing a hot bat in Trenton’s Thursday night loss to the Erie SeaWolves. Ford went 3 for 4 with a run scored, raising his batting average to an impressive .348. Saez hit a home run and a double, collected three runs batted in, and scored a run. J.R. Graham came in to relieve the Thunder starter Justus Sheffield, and responded by pitching brilliantly. He threw 3.2 innings, gave up two hits, walked none, and struck out two.

The RiverDogs lost their fourth straight game and sixth in a row at home to the Lakewood BlueClaws in a rained shortened contest. Catcher Donny Sands had a multi-hit game, collecting his fourth double of the young season. Angel Aguilar continues to destroy South Atlantic League pitching as he went 2 for 3 with a run batted in. He is now batting .337.