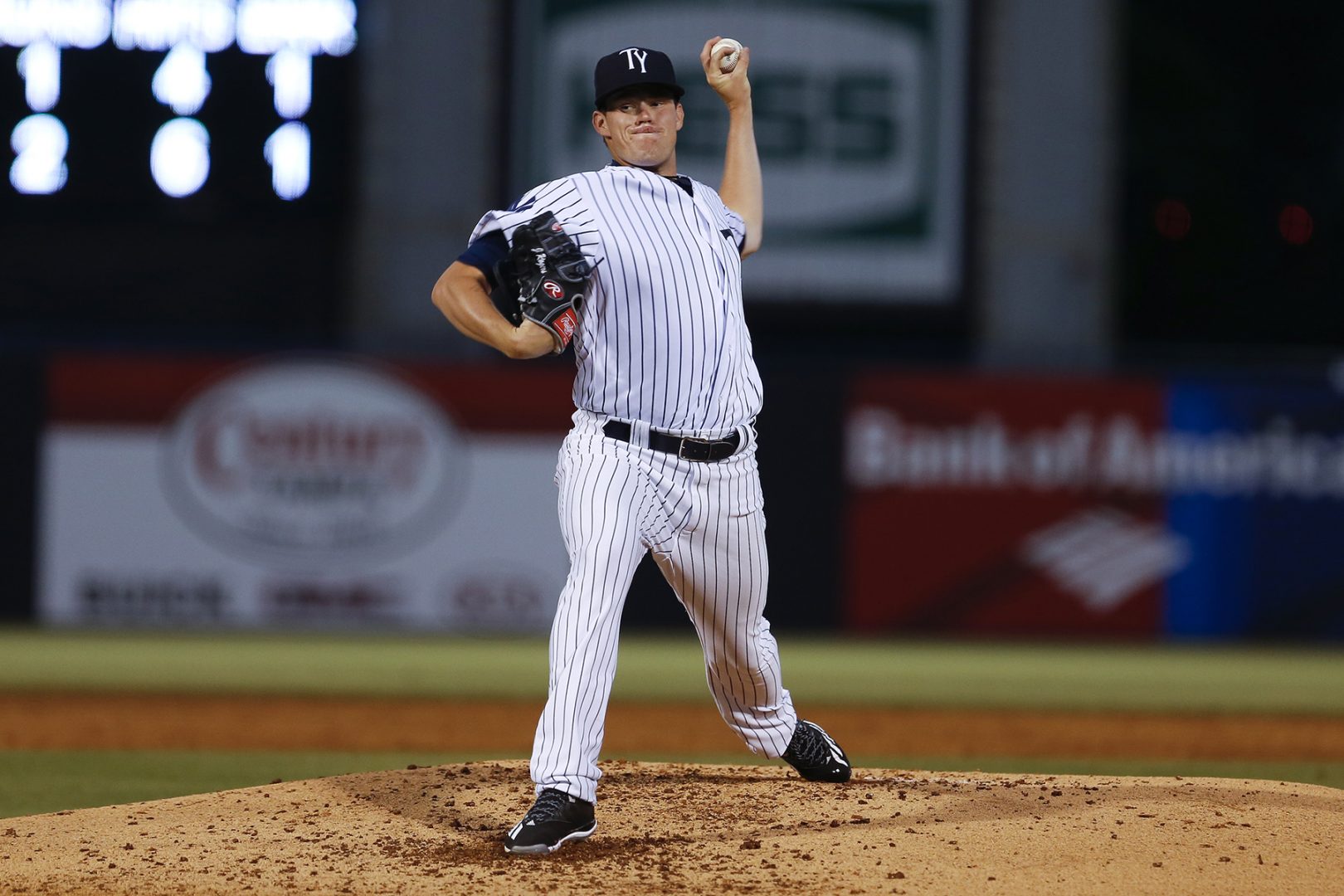 The RailRiders handed the Pawtucket Red Sox their sixth straight loss and recorded their fifth straight victory thanks to a big night from Mike Ford. The Belle Mead, New Jersey native went 2-for-3 with a two run-double, two-run home run, and walk. Tyler Webb pitched 3.1 scoreless innings of relief. He struck out six and permitted just one hit.

The Thunder enjoyed huge nights from Gleyber Torres, Miguel Andujar, and Thairo Estrada in their Tuesday night 4-2 win over the New Hampshire Fisher Cats. Torres smashed his third home run of the season in his 2-for-3 effort. He also doubled and walked in the contest. Andujar went 2-for-4 with a double and a RBI. Estrada, who is now hitting .330, collected his sixth double of the season in his 3-for-4 game. He also scored two runs. Thunder starter Yefry Ramirez turned in a quality start, allowing two hits, two walks and two earned runs over seven innings. He struck out seven and improved to 5-0 on the season.

Josh Rogers led the Tampa Yankees to a 3-0 shutout over the Florida Fire Frogs. Rogers threw eight scoreless innings on four hit ball. He walked two and struck out seven. Jorge Mateo and Trey Amburgey led the T-Yanks offense by recording multi-hit games. Amburgey went 2-for-4 with a two-run double in the top of the third to extend the Yankees lead to three.

Donny Sands had a huge afternoon in Charleston’s 6-2 loss to the West Virginia Power. He went 3-for-4 in the contest.