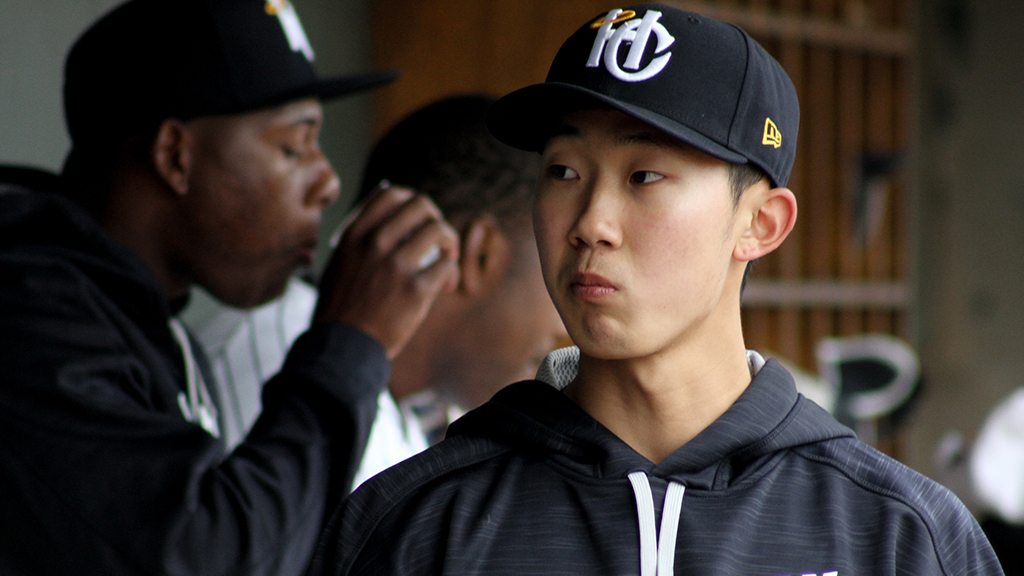 Yankees prospect Hoy Jun Park is improving his game but still has a lot of work to do. (Jerry Coli)

Mark Payton – In a pinch-hit appearance, Payton doubled and drove in two runs.

Ruben Tejada – Tejada went 2-4 with a run batted in during Scranton’s 4-1 victory over the Louisville Bats.

Billy Fleming – Fleming went 2-3 with a home run, double, two runs scored and a RBI in Trenton’s Game 2 win over the Fisher Cats.

Dillon McNamara – The Staten Island, New York native struck out two in a clean inning of relief. He now has an ERA of 0.90 in 2017.

Hoy Jun Park – Park went 3-5 with a triple and two runs scored in Charleston’s 3-2 loss to the West Virginia Power. The South Korean is now hitting .379 on the season.