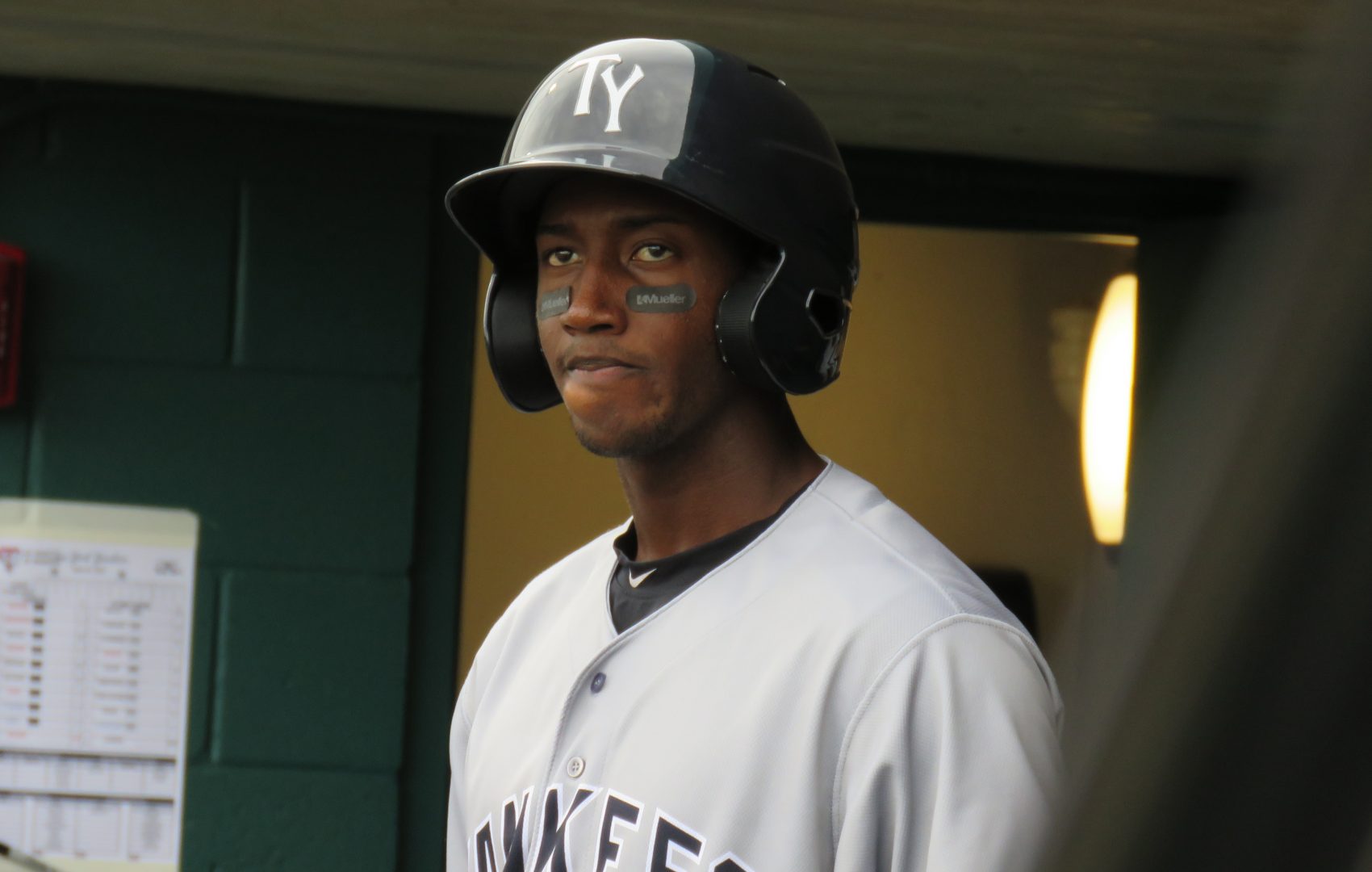 Jorge Mateo is being promoted to Trenton (Bryan Green)

Eddy Rodriguez homered twice, sparking a pair of comebacks that gave the RailRiders their fifth straight win. E-Rod went 3-for-4 with two homers, two runs scored and four runs batted in. Rob Refsnyder, Clint Frazier, Mark Payton, and Ruben Tejada all recorded multi-hit games as well. Mike Ford initially put Scranton on the board when he smashed his second home run as a member of the RailRiders on a wall-clearing shot to right field in the bottom of the 2nd inning.

The Thunder gained the lead in the top of the 6th inning via a Billy Flemming three-run home run. Thairo Estrada stayed hot, going 2-for-5 with a double, and run scored. Billy McKinney also collected a pair of hits, one being a solo home run to right field.

Taylor Widener turned in a quality start in Tampa’s 4-1 victory over the Florida Fire Frogs. He threw five innings of one run baseball. Widener permitted three hits, no walks and struck out four. Hobie Harris, Anyelo Gomez, and Dillon McNamara almost collectively pitched four perfect innings of relief. The three pitchers combined to strike out three, walk none and allow just one hit. Jorge Mateo paced the offense on his 3-for-5 effort. He collected three RBI’s, scored two runs, and crushed a three-run home run in the top of the 3rd inning.