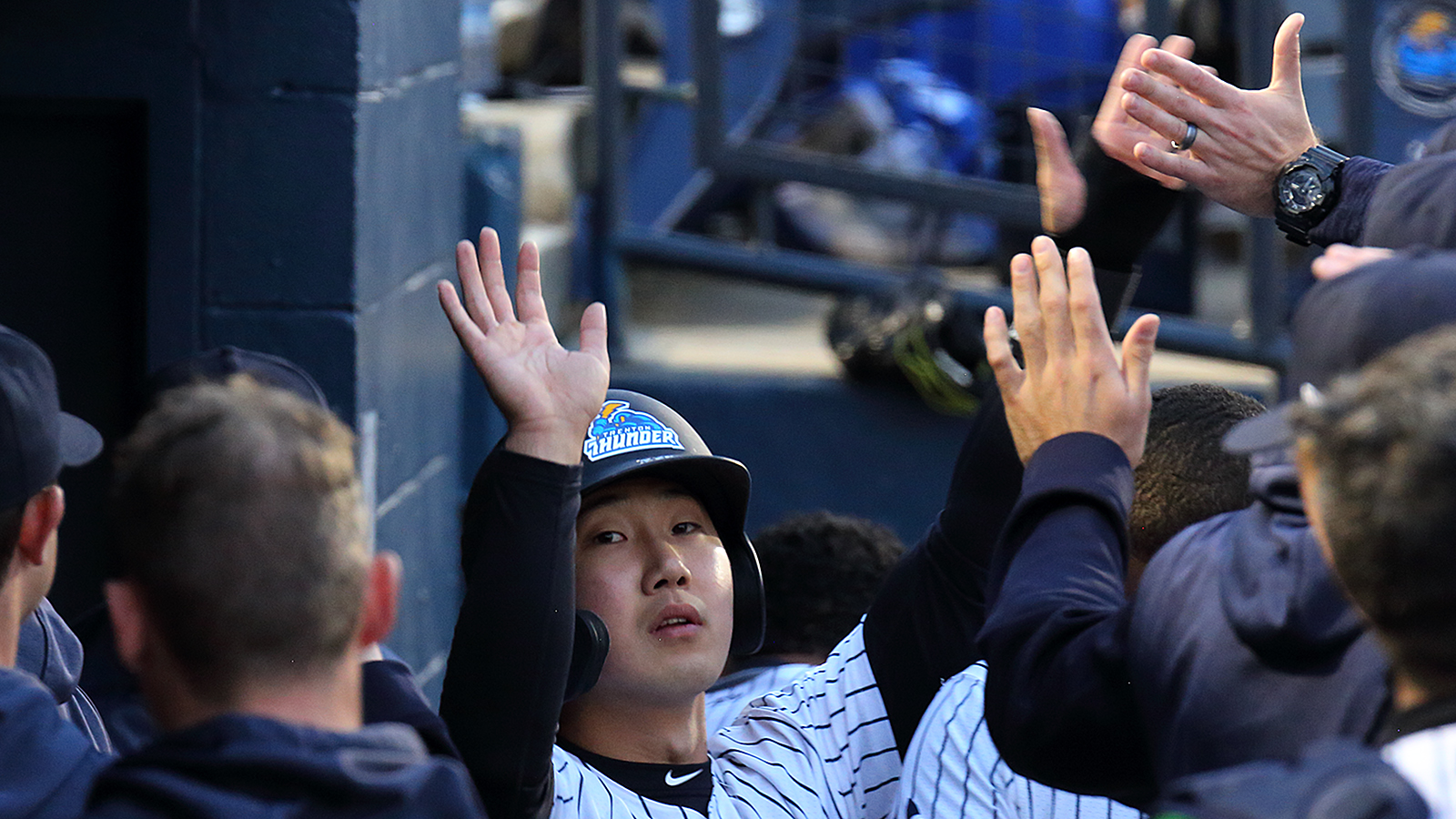 Hoy Jun Park drove in four runs for Trenton in their win over Binghamton on Friday night. (Photo by Martin Griff)

As the big league club picked up a walk-off win on Friday, the minor league affiliates went 2-3 in the five games that were played (Scranton Wilkes-Barre had a doubleheader). Trenton got a career-high performance from one of their infielders at the plate and Charleston got a double-digit strikeout outing from its starter. Find out who those players were and more in our Pinstriped Performances and vote for the Pinstriped Performer of the Night:

#Yankees fans, who is your Pinstriped Performer of the Night from Friday? #PinstripePride

Raynel Espinal (1-4) took the loss in Game 2. He allowed four runs on eight hits, struck out three, and walked two over 4.1 innings. 51 of 79 pitches were strikes. (Matt Bufano)

Ben Ruta went 2-for-5 with a two-run double in the bottom of the first (20,21). Ruta is hitting .357 on the season with 12 doubles. (Robert M Pimpsner/Pinstriped Prospects)

Tampa Tarpons (Single-A Advanced): The Tortugas (17-23) have lost their fifth game in a row as they were defeated by the Daytona Tortugas, 8-6. 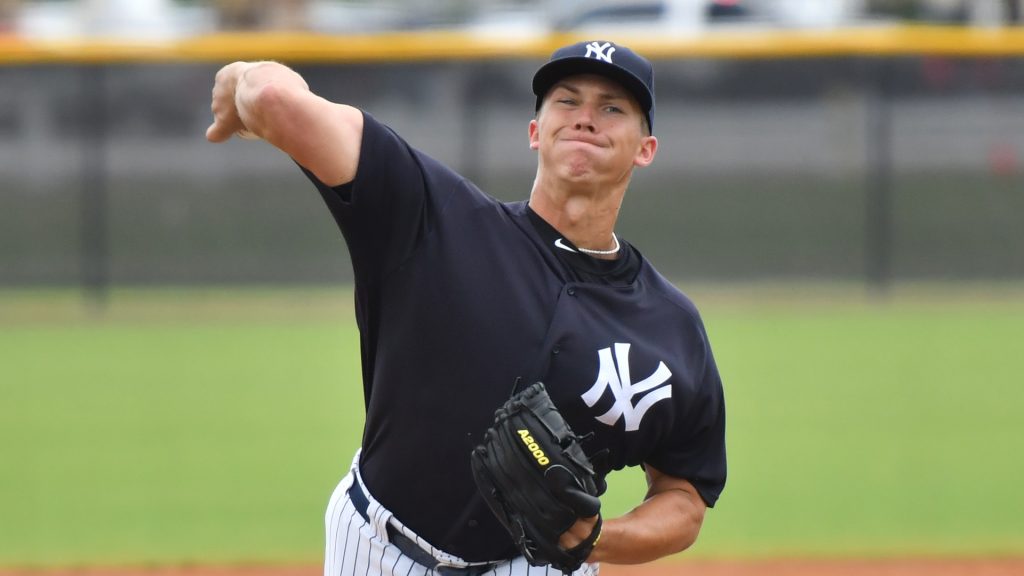 Glenn Otto had a quality start in a no-decision for Tampa. He allowed two runs (one earned) on six hits, struck out seven, and walked one over six innings. 59 of his 90 pitches were strikes. It is the first time Otto has gone six innings in a start this season. (Robert M Pimpsner/Pinstriped Prospects)

Charleston Riverdogs (Single-A): The Riverdogs (23-18) lost their series opener against the Augusta Green Jackets, 8-3 in 10 innings.

Alexander Vizcaino had a good outing in a no-decision. He allowed two runs on six hits and struck out ten in seven innings of work. 72 of his 99 pitches were strikes. The ten strikeouts are a new career-high. (Robert M. Pimpsner)