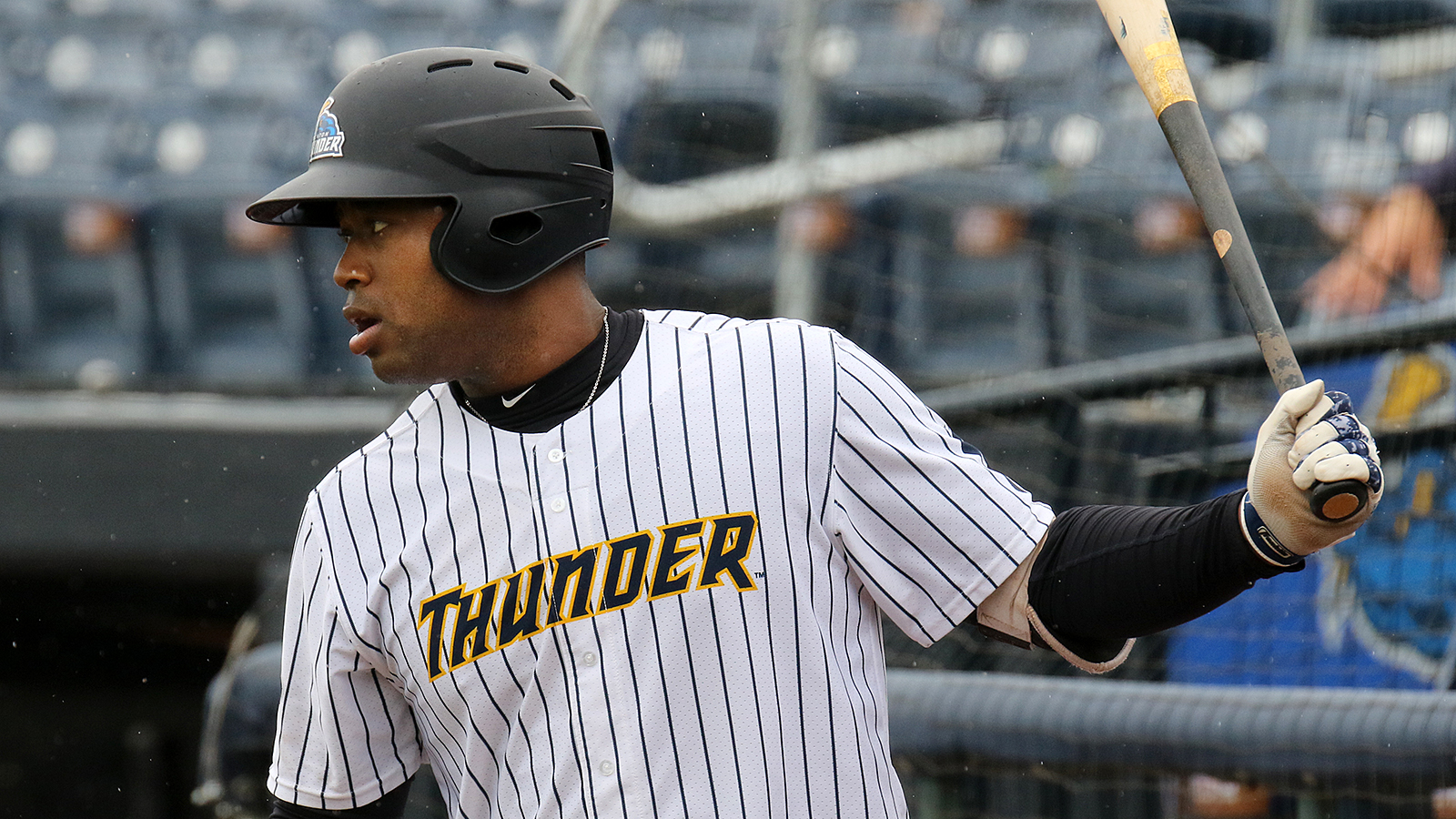 Trenton Thunder’s Chris Gittens on deck against the Akron RubberDucks in Trenton on Wednesday, May 16, 2018. (Photo by Martin Griff) 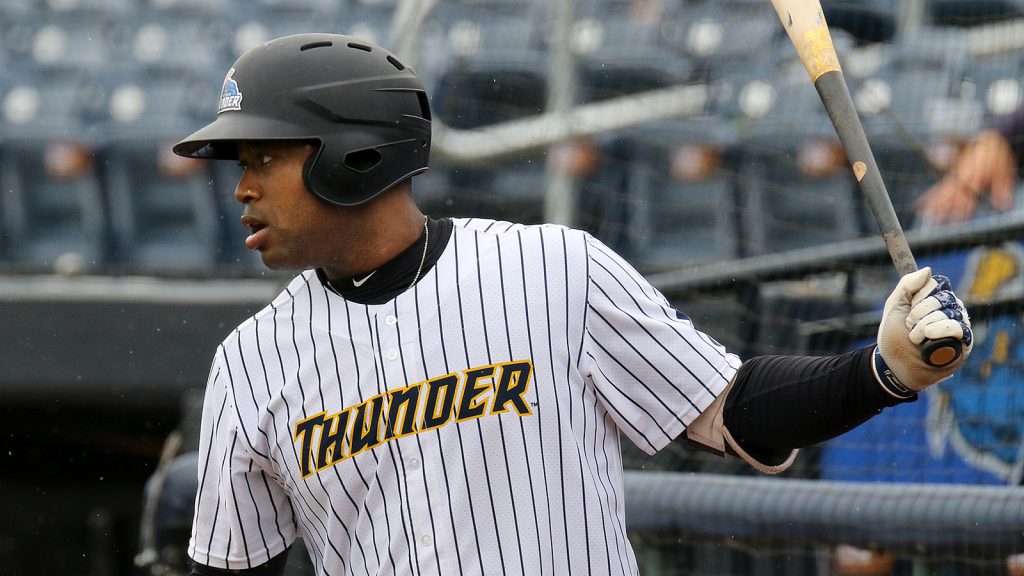 Chris Gittens had four hits and drove in five runs in Trenton’s win over Akron on Monday. (Photo by Martin Griff)

While the New York Yankees had the night off on Monday, their four minor league clubs were all in action and three of them picked up victories. In Scranton, one player hit a home run for their third straight game and the team needed extra innings. One player had a career game for Trenton and a Riverdogs reliever continued his great start to the ’19 campaign. Find out more about those players in tonight’s Pinstriped Performances and be sure to vote in our Pinstriped Performer of the Night poll:

Scranton Wilkes-Barre Railriders (Triple-A): The Railriders (8-4) defeated the Lehigh Valley Ironpigs, 6-5, in 10 innings. They have won five games in a row.

Ryan McBroom was 1-for-4 with a walk and a solo home run (3) in the bottom of the third. He has now homered in three straight games. (Cheryl Pursell)

Trenton Thunder (Double-A): The Thunder (7-3) defeated the Akron Rubberducks, 8-6, and picked up their fourth straight win. 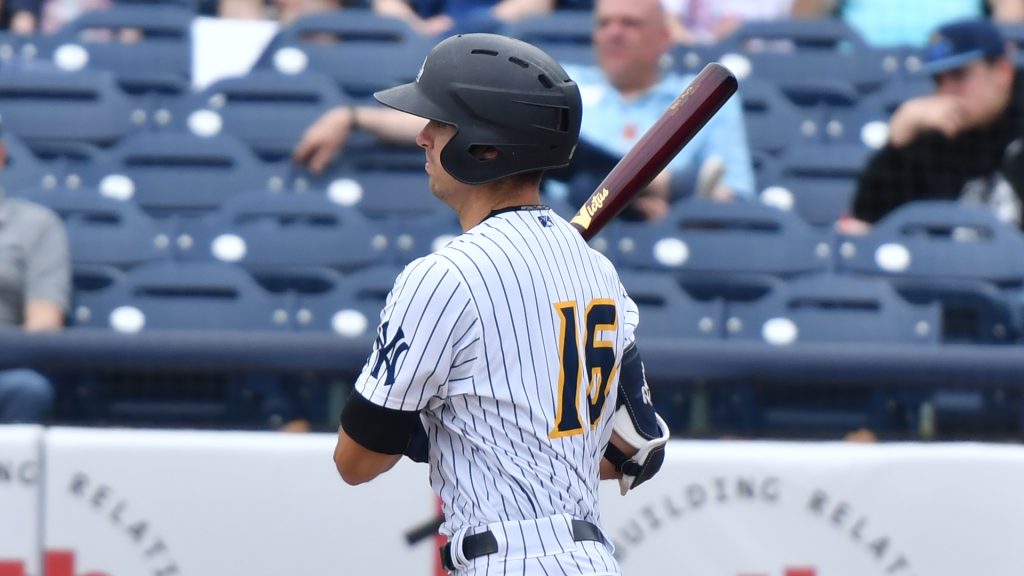 Ben Ruta continued his great start to the season as he went 3-for-4 with a double. He has had three hits in back-to-back games and is hitting .444 on the year. (Robert M Pimpsner/Pinstriped Prospects)

Steven Sensley was 1-for-4 with an RBI single in the bottom of the ninth (5).  (Photo Credit Mark LoMoglio/Tampa Tarpons)

Charleston Riverdogs (Single-A): The Riverdogs (6-6) began their series against the Greenville Drive with a 6-2 victory. 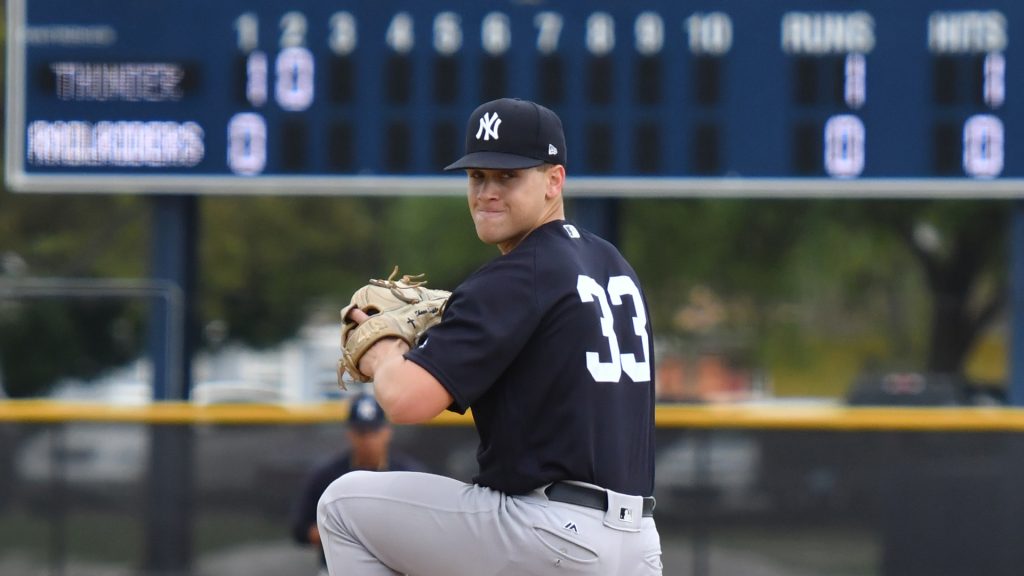 Shawn Semple picked up his second save of the season. He threw four perfect innings while striking out five. He has 26 strikeouts to one walk in three outings this year. (Robert M. Pimpsner)