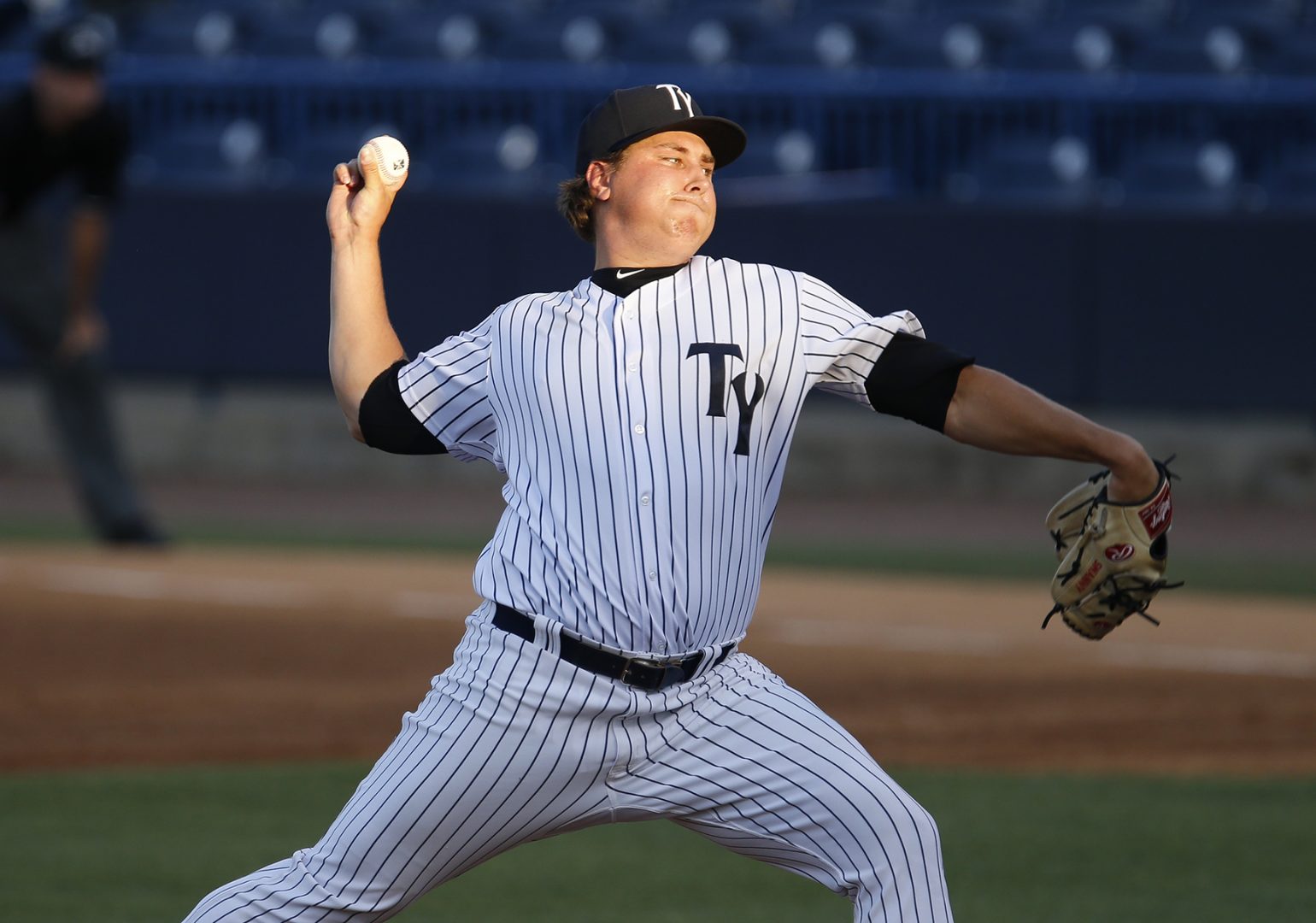 TAMPA, FL - MAY 9: during the Florida State League Class-A Advanced game between the Dunedin Blue Jays (TOR) and Tampa Yankees (NYY) on May 9, 2017, at George M. Steinbrenner Field in Tampa, FL. (Photo by Mark LoMoglio/Yankees)

Monday night would be classified as a winning night for the New York Yankees organization. Although Charleston was postponed due to rain, the other four teams were able to pick up wins. The big league club was able to power their way to a win while there was a pair of great pitching performances in the minor leagues. Let’s take a look at some of the key performances of the night:

New York Yankees (MLB): The Yankees (12-9) brought the bats to the Bronx on Monday night with a 14-1 blowout win over the Minnesota Twins.

Scranton Wilkes-Barre Railriders (Triple-A): The Railriders (9-8) hit three home runs as part of their 9-0 win over the Columbus Clippers.

Trenton Thunder (Double-A): The Thunder (10-7) got all of their runs in the first inning in a 3-1 win over the Harrisburg Senators. They have now won three straight games.

Tampa Tarpons (Single-A Advanced): The Tarpons (9-9) got their record back to .500 with a 6-4 win in their series opener against the Bradenton Marauders.

Charleston Riverdogs (Single-A): The Riverdogs (7-10) had their series opener against the Columbia Fireflies postponed. They will play a doubleheader tomorrow with Game 1 beginning at 6 p.m ET.