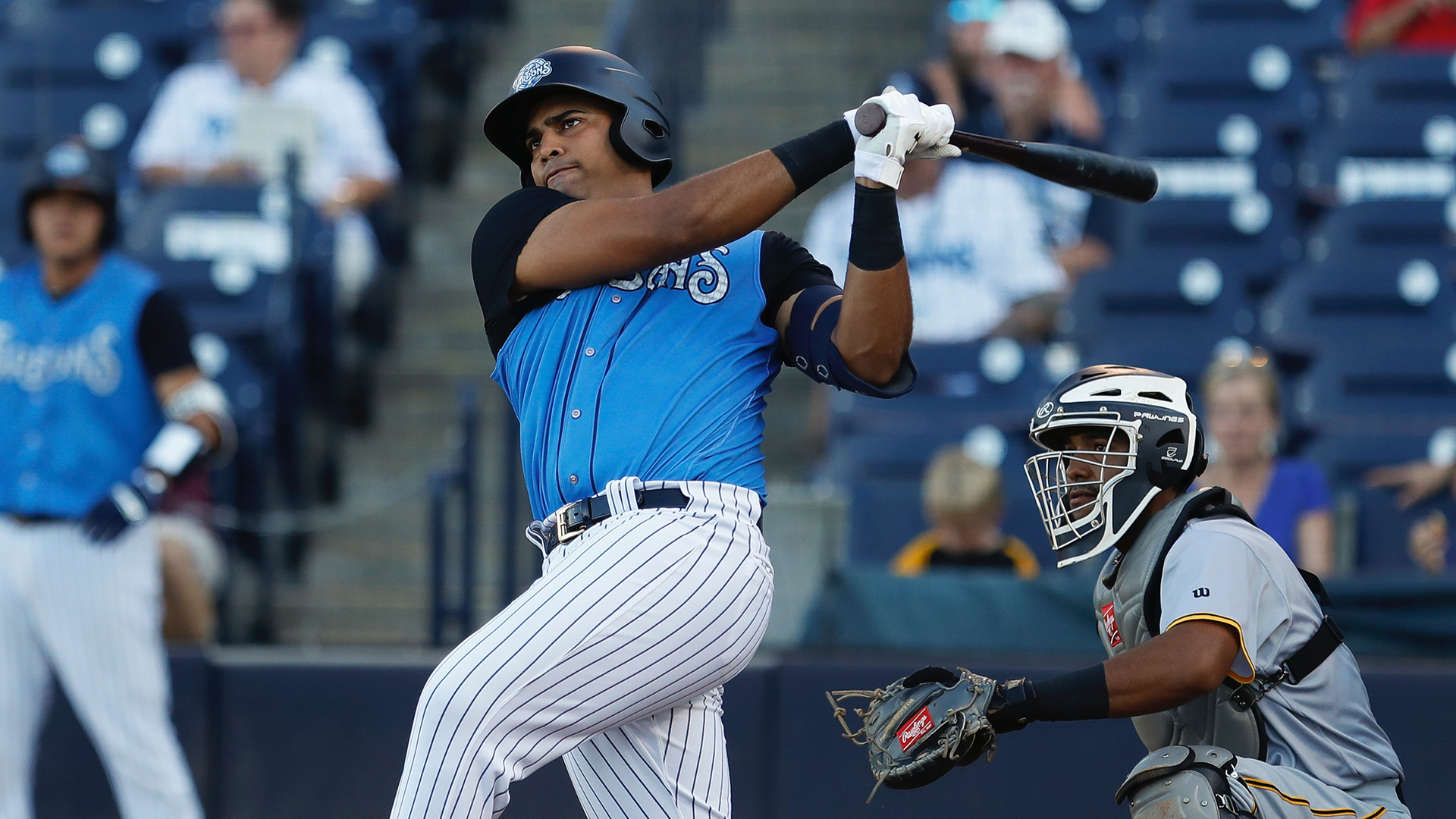 On Monday, only three teams were in actions in the New York Yankees organization and only two of the games were completed. Staten Island took another close loss, but got a great start from their starter, who was on a rehab assignment. Meanwhile, Tampa’s offense got their second half off to a strong start before the rain came in and one young prospect made his organizational debut in the Dominican Summer League. 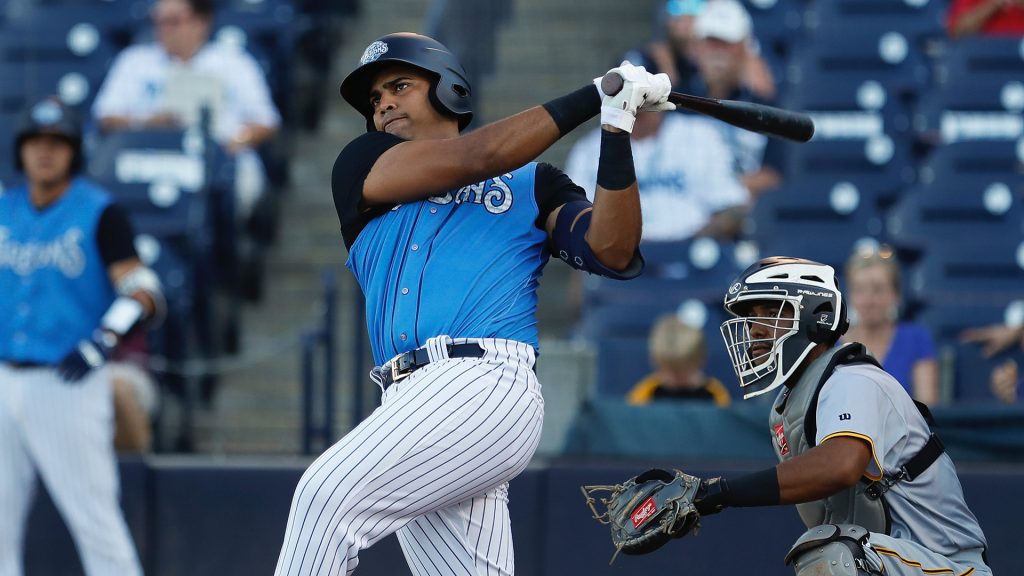 Dermis Garcia went 2-for-2 with an RBI for Tampa before the game got suspended in the top of the fifth on Monday. (Mark LoMoglio / Tampa Tarpons)

Be sure to vote for your Pinstriped Performer of the night and read more about the three games below:

Who is the June 17 Pinstriped Performer of the Night?

Tampa Tarpons (Single-A Advanced): The Tarpons (28-38) began their second half of the season against the Dunedin Blue Jays. The game was suspended with Tampa leading 4-1 in the top of the fifth inning and will be resumed on Wednesday as part of a doubleheader.

Estevan Florial was 2-for-3 with a stolen base out of the leadoff spot. (Mark LoMoglio/Tampa Tarpons)

Staten Island Yankees (Short-Season): The Yankees (0-3) lost 2-1 in 10 innings to the Tri-City Valleycats. 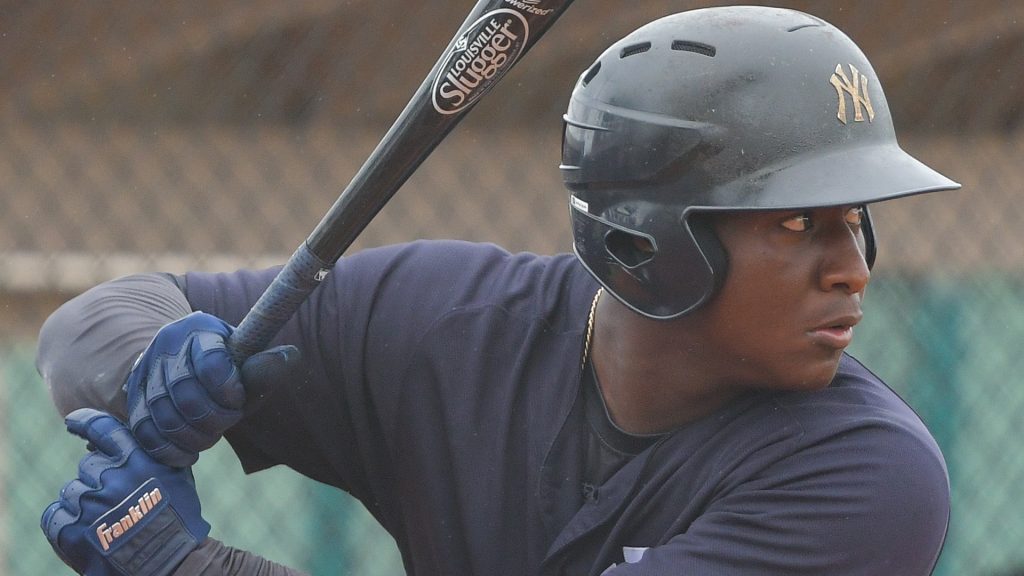 Juan De Leon had the only multi-hit game for Staten Island as he went 2-for-4.  (Tom Hagerty)