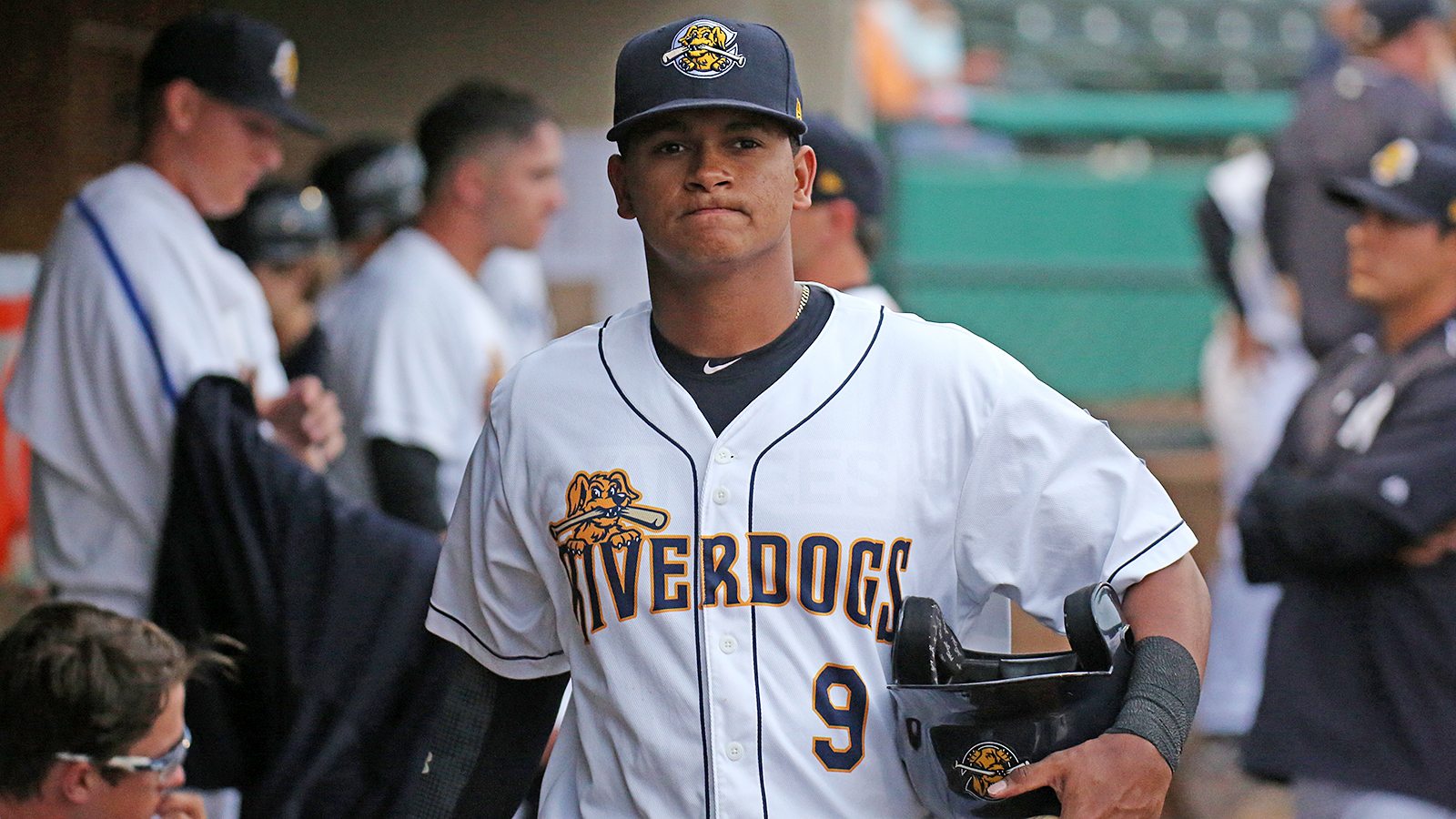 Charleston RiverDogs right fielder Leonardo Molina during a game against the Lakewood BlueClaws at Joseph P. Riley, Jr. Park in Charleston, SC on Thursday, May 4, 2017.

With the New York Yankees having the night off, it was a minor league Monday as the four affiliates were all in action. The affiliates combined for a 3-1 record as Tampa took the lone loss of the evening. Meanwhile, Trenton and Charleston continued their win streaks and the Scranton Wilkes-Barre offense broke out in a big way. Let’s take a look at some of the key performances from the night’s action.

Scranton Wilkes-Barre Railriders (Triple-A): The Railriders (14-16) snapped their three-game losing streak with an 8-3 win over the Syracuse Chiefs.

Trenton Thunder (Double-A): The Thunder (19-10) continue to roll as they extended their win streak to six games with a 4-3 victory over the Reading Fightin Phils.

Charleston Riverdogs (Single-A): The Riverdogs (16-15) wrapped up their series against the Lexington Legends with a 3-2 win.