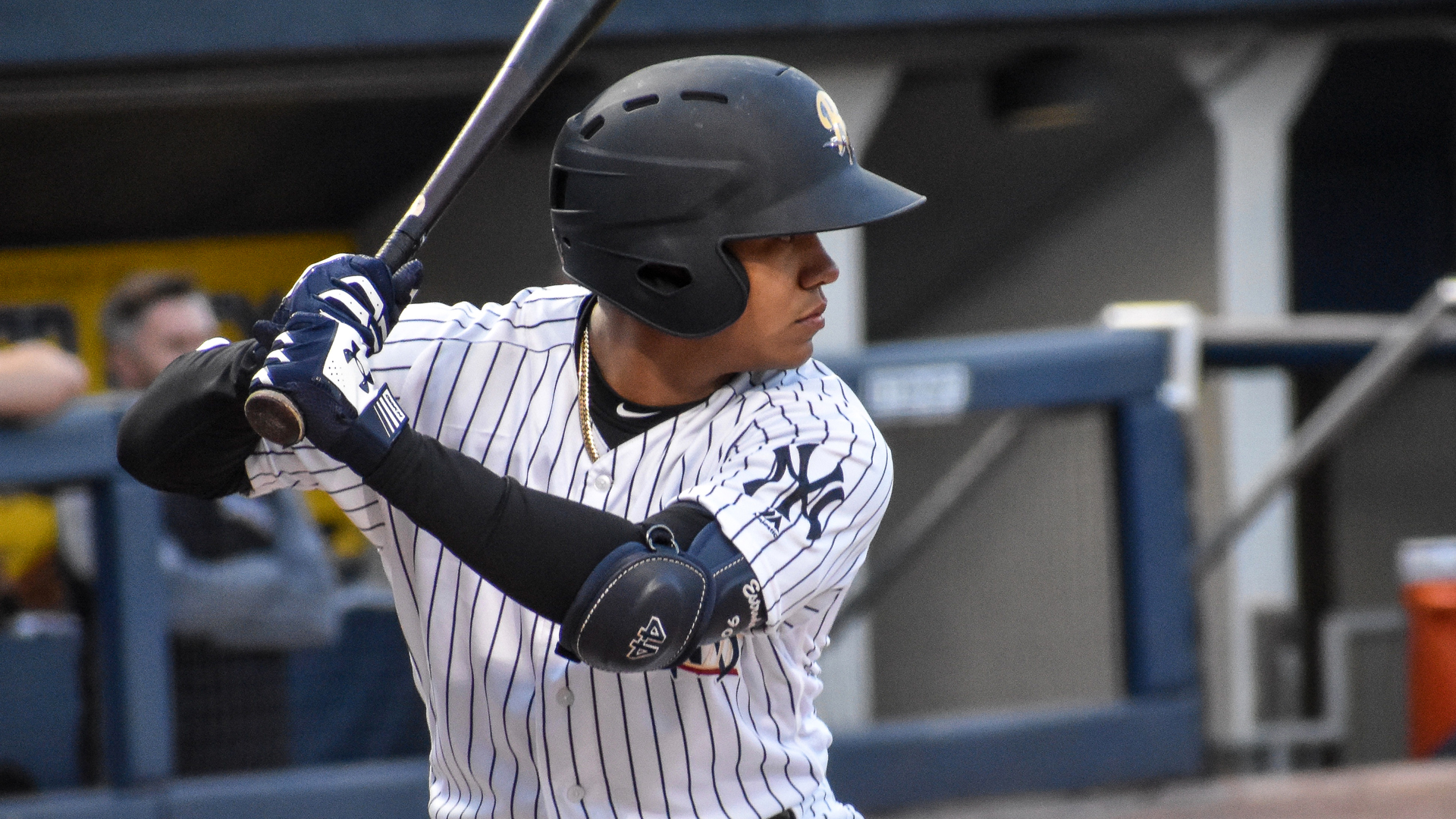 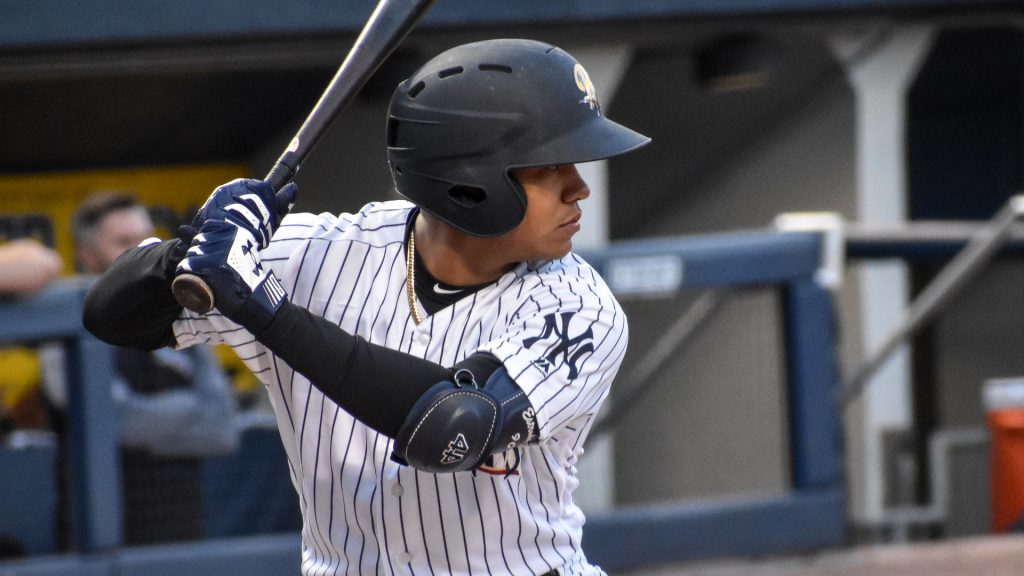 In the New York Yankees organization on Sunday, one pitcher returned to the major league mound and put up a quality outing. Meanwhile, there were two one-run games in Trenton and one player hit a pair of home runs for Scranton Wilkes-Barre. Check out who shined in those games and more in our Pinstriped Performances. Remember to vote on who you think was the Pinstriped Performer of the Night below:

New York Yankees (MLB): The Yankees (6-8) snapped a four-game losing streak with a 4-0 win over the Chicago White Sox. They combined to only allow one hit.

Ryan McBroom was 2-for-3 at the plate with three runs scored and he hit a solo home run (1) in the bottom of the third. (Photo by Martin Griff)

Trenton Thunder (Double-A): The Thunder (5-3) won the suspended game from Friday against the Portland Sea Dogs, 3-2 in 10 innings. In the regularly scheduled game, Trenton won 1-0 in seven innings. 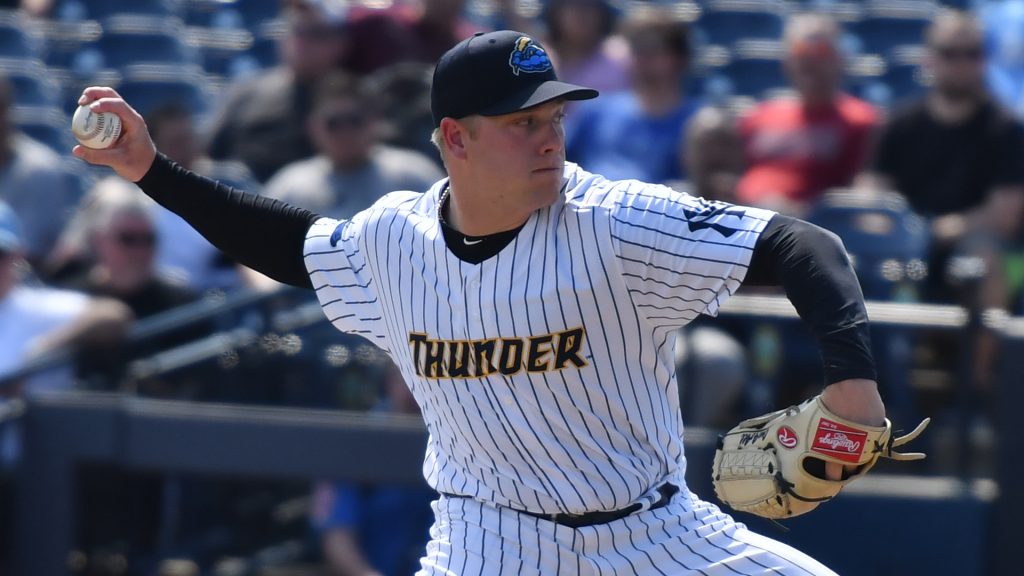 Kaleb Ort was dominant out of the bullpen for Trenton. He threw two perfect innings and struck out five of the six batters he faced. (Robert M. Pimpsner/Pinstriped Prospects)

Albert Abreu was sitting 95-96 mph today with his fastball, topping out at 97 mph for the @TrentonThunder #Yankees #MiLB 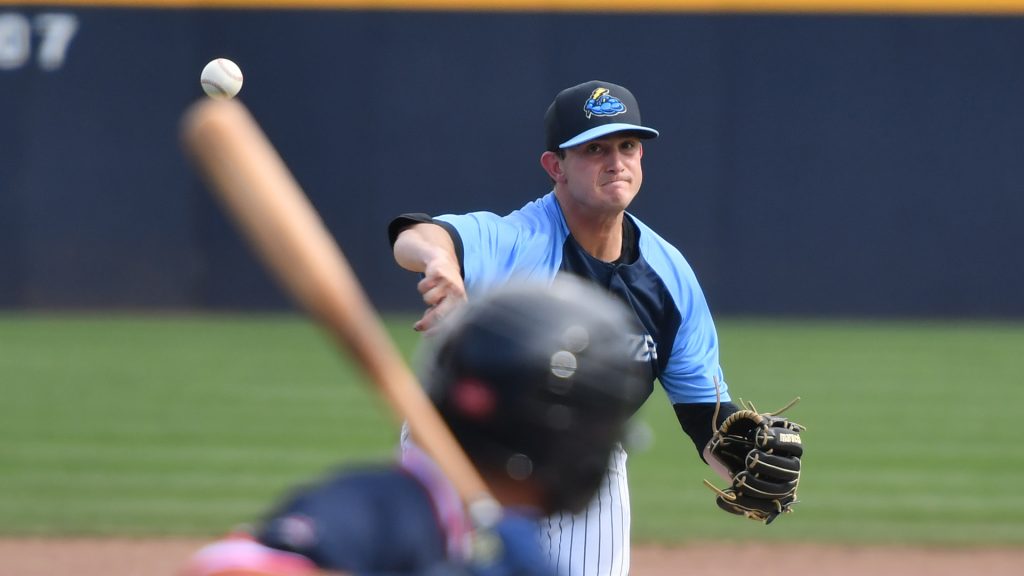 Garrett Whitlock (1-0) threw six shutout innings in the win for Trenton. He allowed three hits, struck out six, and walked two. 58 of his 87 pitches were for strikes. (Robert M Pimpsner/Pinstriped Prospects)

Tampa Tarpons (Single-A Advanced): The Tarpons (3-7) were defeated by the Daytona Tortugas, 7-6. 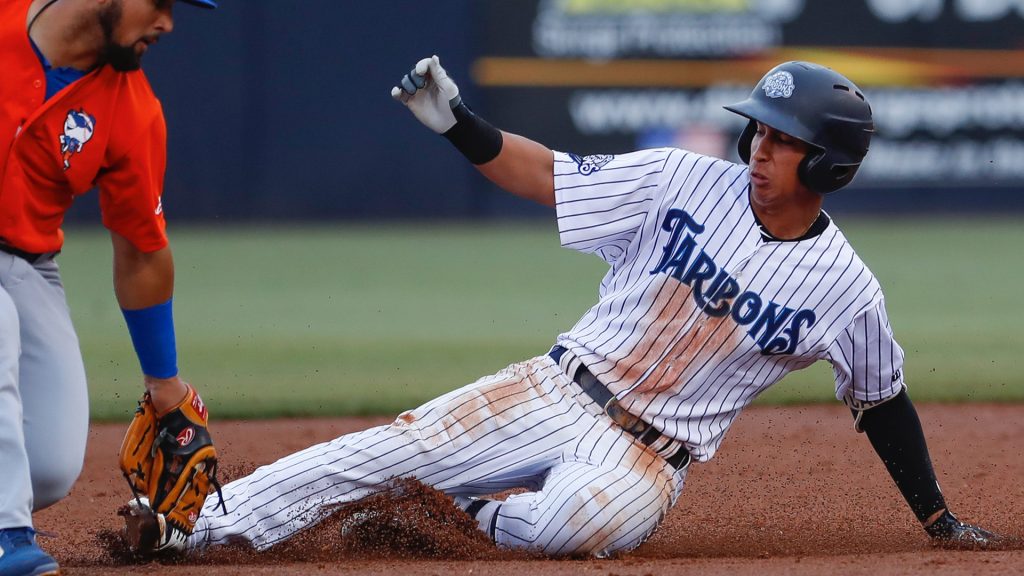 Oswaldo Cabrera went 2-for-4 and has a multi-hit game in four of his last five games. He’s hitting .424 on the year. (Mark LoMoglio/ Tampa Tarpons)

Charleston Riverdogs (Single-A): The Riverdogs (5-4) were shut out by the Greensboro Grasshoppers, 5-0.