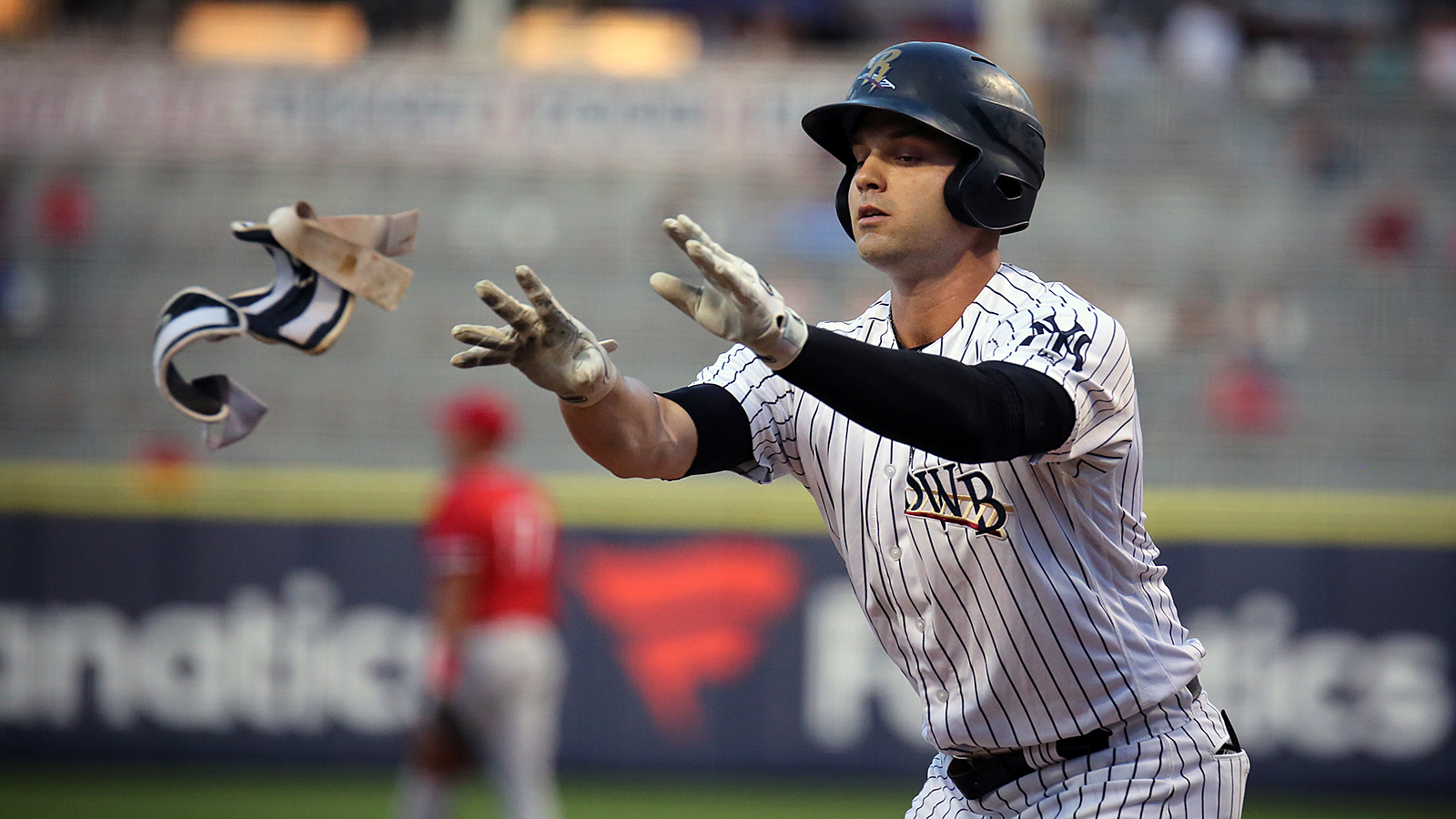 It was a busy day in the Yankees organization on Saturday as seven affiliates took the field and had a winning day as they combined for a 4-3 record. Two affiliates ended up claiming leads late in the game to secure wins. Meanwhile, there were players in Staten Island and Pulaski making their organizational debuts.

Ryan McBroom hit the go-ahead home run for Scranton Wilkes-Barre in their win on Saturday. He is hitting .377 in the month of June. (Photo by Martin Griff)

Who is the Pinstriped Performer of the Night for June 22?

Stephen Tarpley got the start for the Railriders. He struck out five batters and walked one over three hitless innings. 26 of 41 pitches were strikes. The five strikeouts are a season-high. (AP Photo/Steve Nesius)

Ben Ruta went 2-for-5 with a stolen base and an RBI single in the top of the third (36). Ruta has a hit in six straight games and an RBI in five straight. (Robert M Pimpsner/Pinstriped Prospects)

Tampa Tarpons (Single-A Advanced): The Tarpons (30-41) rallied for a 2-1 win over the Bradenton Marauders.

Charleston Riverdogs (Single-A): The Riverdogs (38-35) lost 8-1 to the Hickory Crawdads. 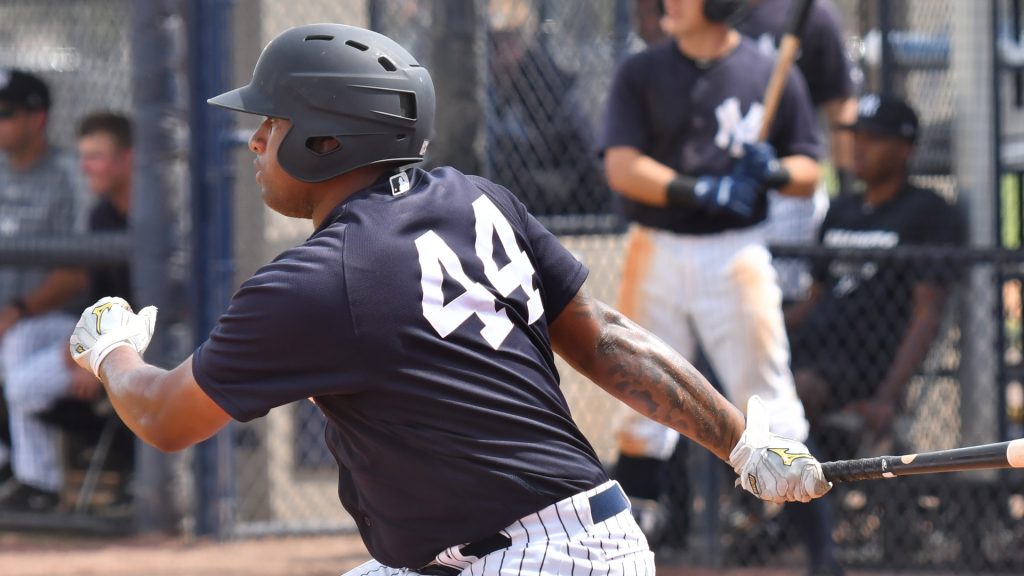 Canaan Smith went 2-for-3 with a walk and had the only two hits of the game for Charleston.  (Robert M. Pimpsner) 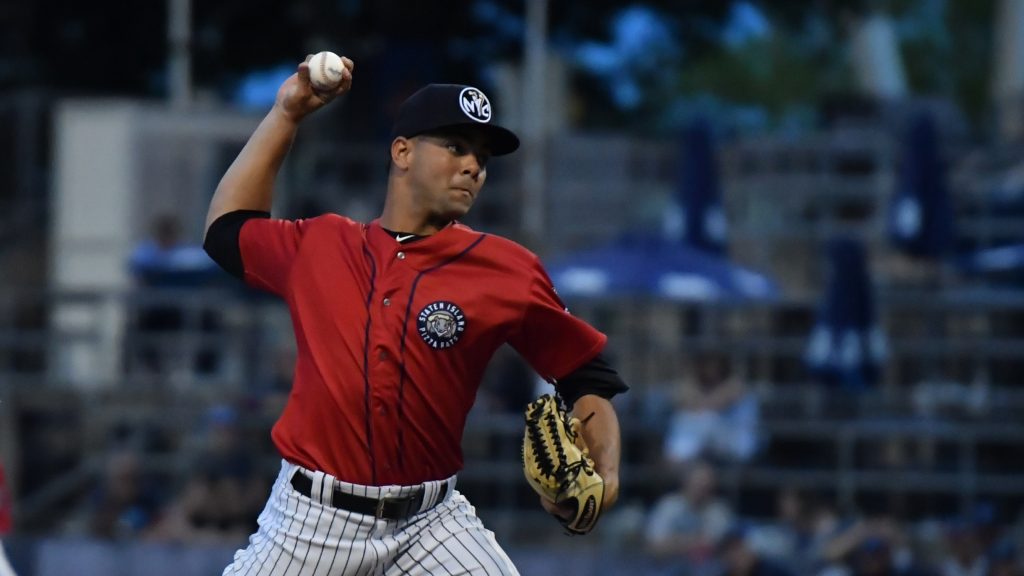 Anderson Munoz (1-0) pitched well in relief for Staten Island as he got the win. He allowed one hit, struck out six, and walked one over five scoreless innings. 48 of 76 pitches were strikes. Munoz has 10 strikeouts in two games with Staten Island and was hitting 93-97 miles-per-hour with his fastball. (Robert M Pimpsner/Pinstriped Prospects) 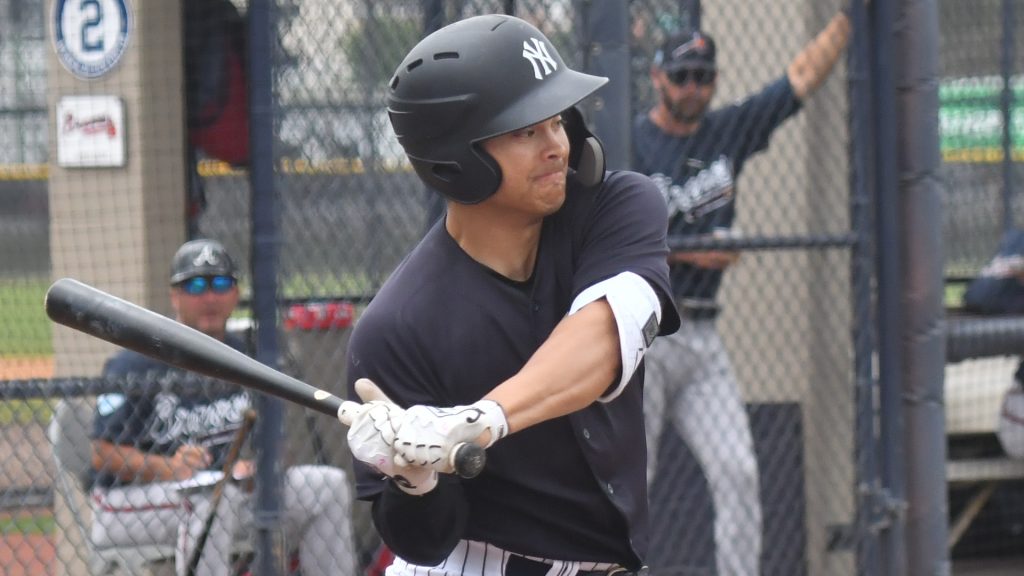 Antonio Cabello went 1-for-4 with a bases-clearing double in the bottom of the third (2,3,4). (Robert M. Pimpsner/Pinstriped Prospects)

Dominican Summer League (Rookie): The DSL Yankees (9-8) picked up an 11-7 win over the DSL Twins.