It was a successful Saturday in the New York Yankees organization as the ten teams combined to finish with a 7-3 record and that is with the big league club not scoring a run. In Staten Island, they got their first win under the name Pizza Rats and a Tampa starter was able to reach double-digit strikeouts. Meanwhile, a Charleston outfielder has 11 RBIs in his last three games and a Trenton reliever picked up a win while lowering his miniscule ERA. Check out which players accomplished these feats and more in our Pinstriped Performances

Scranton Wilkes-Barre Railriders (Triple-A): The Railriders (36-37) defeated the Rochester Red Wings by a final score of 4-2.

Trenton Thunder (Double-A): The Thunder (42-31) were able to defeat the Portland SeaDogs 8-4 in ten innings. 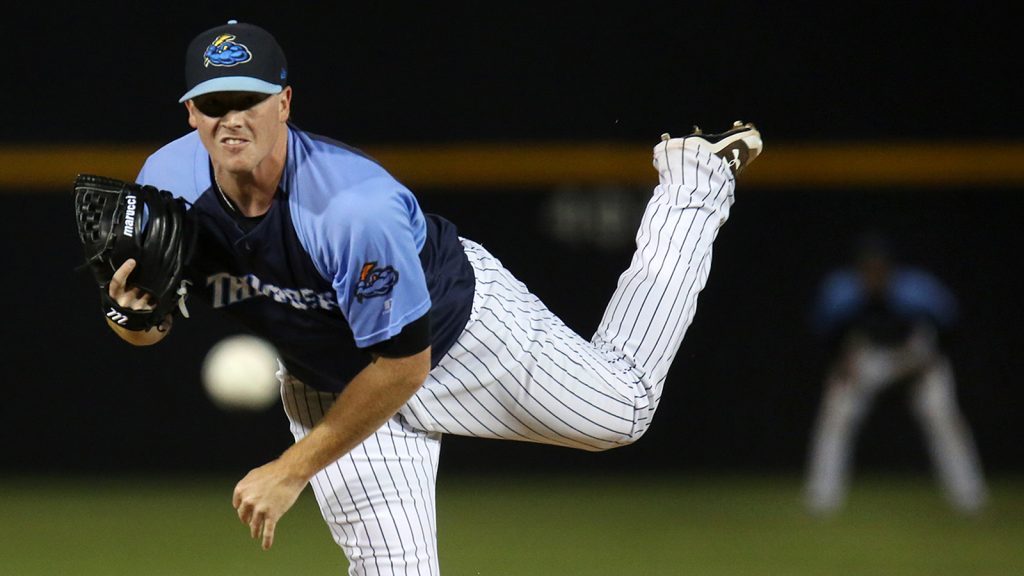 Caleb Frare (3-1) struck out four batters and walked one in two innings of work as he picked up the win in relief. His ERA this season is down to 0.54 in 23 games (Martin Griff)

Tampa Tarpons (Single-A Advanced): The Tarpons (37-36) held the Jupiter Hammerheads to five hits in their 5-0 victory. 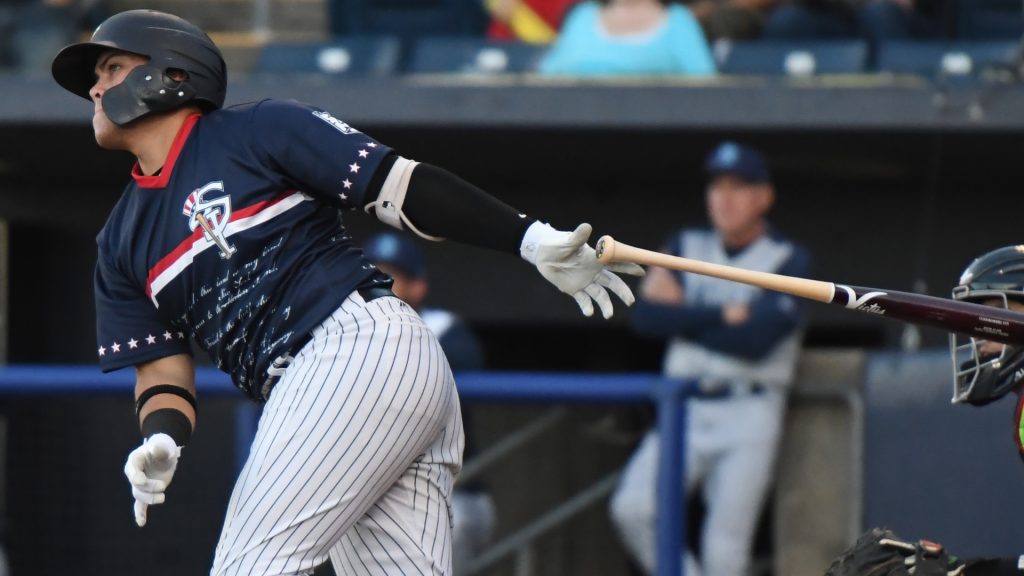 Andres Chaparro was 3-for-3 with a walk and he broke a 2-2 tie with a two-run double in the bottom of the fifth (1,2). (Robert M. Pimpsner/Pinstriped Prospects)