For the second consecutive day, the New York Yankees organization had a 4-2 record in the six games that were played. In total, there were 40 runs scored in those games and one player drove in five of those runs for Tampa. The big league club used the long ball to continue their win streak and a grand slam in Trenton helped propel the Thunder to a win. Check out some of the other key performances from Saturday’s action:

New York Yankees (MLB): The Yankees (42-18) rallied from an early deficit to claim their fourth straight win, 4-3, over the New York Mets.

Scranton Wilkes-Barre Railriders (Triple-A): The Railriders (27-33) allowed 20 hits in their 9-4 loss to the Louisville Bats.

Brandon Drury went 2-for-3 with a walk, a stolen base, and had an RBI double in the ninth (12) as he extended his on-base streak to 31 games. (Cheryl Pursell)

Trenton Thunder (Double-A): The Thunder (36-24) scored seven runs in the third inning en route to a 9-1 win over the Binghamton Rumble Ponies.

Tampa Tarpons (Single-A Advanced): The Tarpons (33-29) bounced back after a tough loss last night with an 11-2 win over the Bradenton Marauders.

Charleston Riverdogs (Single-A): The Riverdogs (29-31) lost to the Greenville Drive by a final score of 5-1. 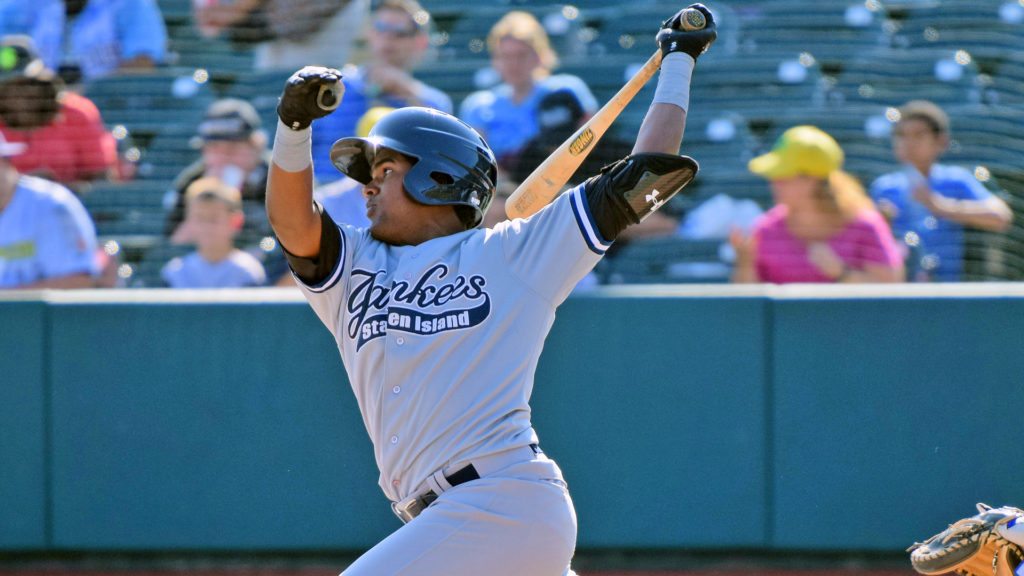 Welfrin Mateo had the lone run for the Riverdogs in his first game with Charleston when he hit a solo home run in the top of the eighth. He was 2-for-4 in the loss. (Robert M. Pimpsner)