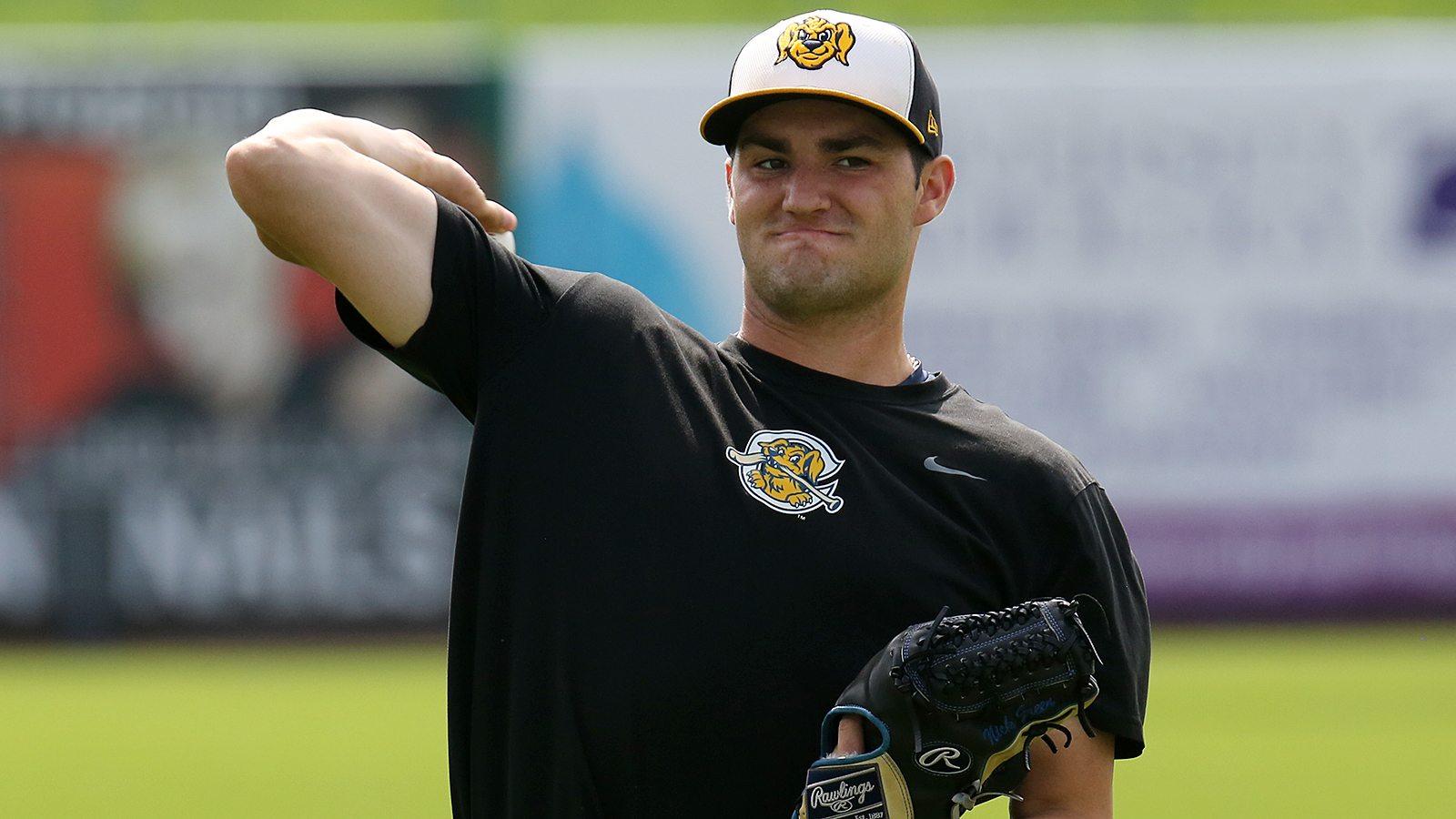 Charleston RiverDogs pitcher Nick Green before a game against the Lakewood BlueClaws in Lakewood, NJ on July 17, 2017

On a day where Gleyber Torres made his debut in the Bronx, the New York Yankees organization ended up going 4-1 in the five games that were played between the big league club and their minor league affiliates. The starters were the story as the five pitchers combined to give up a total of four earned runs. Let’s take a look at some of the key performances from Sunday.

New York Yankees (MLB): The Yankees (11-9) ended up taking three out of four games from the Blue Jays thanks to a 5-1 win on Sunday afternoon.

Scranton Wilkes-Barre Railriders (Triple-A): The Railriders (8-8) snapped their five-game losing streak with a 7-3 win over the Toledo Mudhens.

Trenton Thunder (Double-A): The Thunder (9-7) scored four runs in the first inning as they defeated the Portland SeaDogs, 5-1.

Tampa Tarpons (Single-A Advanced): In a pitchers duel, the Tarpons (8-9) edged out the Clearwater Threshers, 2-1.

Charleston Riverdogs (Single-A): The eighth inning was the rough point for the Riverdogs (7-10) as they lost 3-2 to the Greensboro Grasshoppers.