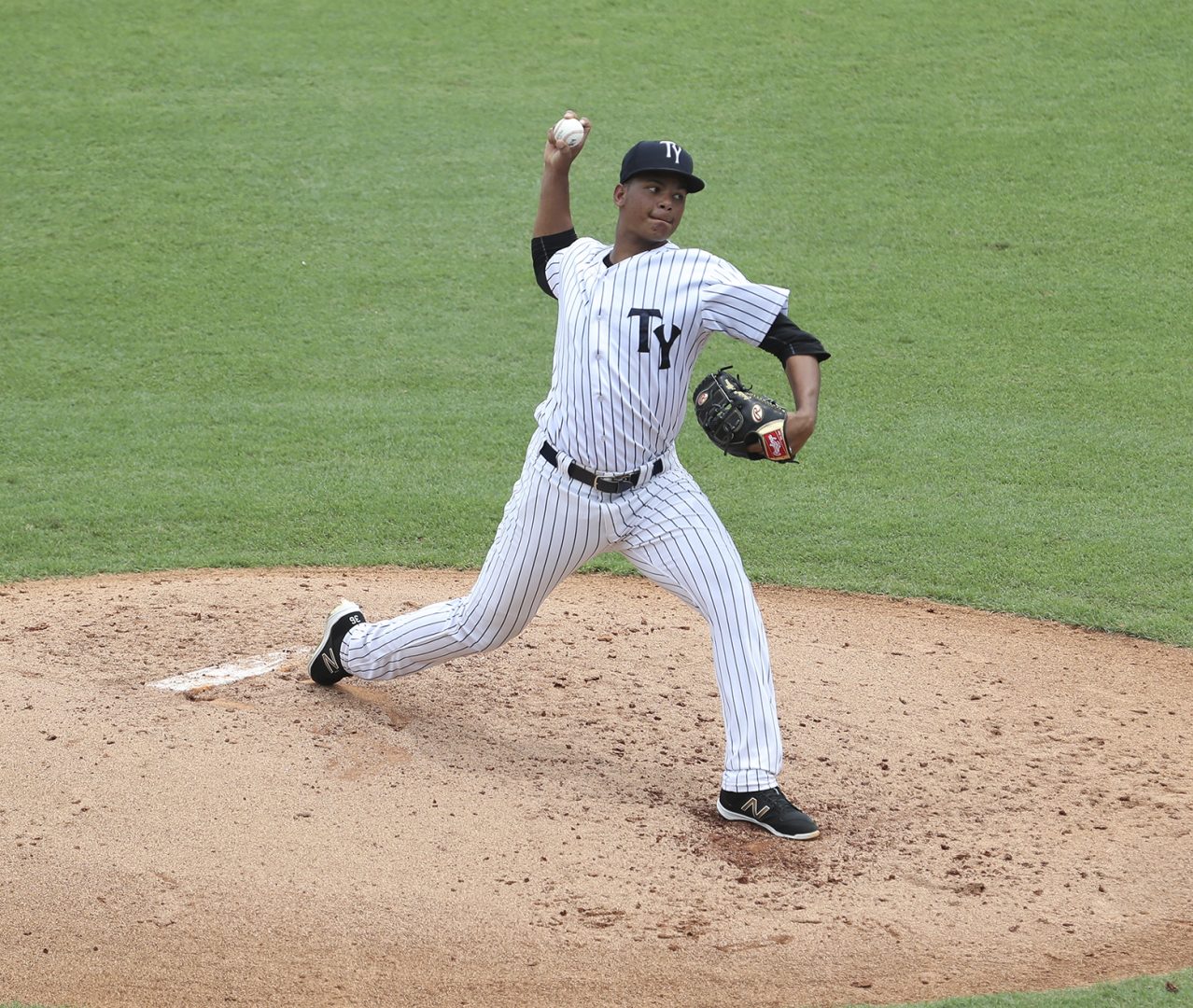 While six games were on the schedule in the New York Yankees organization on Sunday, only five of them were finished (Double-A Trenton had their game suspended). In those five games, the teams combined for a 2-3 record. While the big league club finished its West Coast series, one top pitching prospect made his 2018 debut in Tampa. Check out some of the key performances from the day’s matchups:

New York Yankees (MLB): The Yankees (18-9) completed the sweep of the Los Angeles Angels of Anaheim with a 2-1 win Sunday night. They have now won nine games in a row.

Scranton Wilkes-Barre Railriders (Triple-A): In their doubleheader against the Lehigh Valley IronPigs, the Railriders (10-12) didn’t score a run as they lost 4-0 in Game 1 and 3-0 in Game 2.

Trenton Thunder (Double-A): The Thunder (12-9) had their game against the New Hampshire Fishercats suspended due to wet grounds. Trenton has a 3-0 lead in the bottom of the third. The game will be completed on July 17 at 5:05 p.m ET as part of a doubleheader.

Tampa Tarpons (Single-A Advanced): The Tarpons (14-10) wrapped up the month of April with a 9-5 win over the Charlotte Stone Crabs.

Charleston Riverdogs (Single-A): The Riverdogs (11-13) gave up both runs in the eighth inning in their 2-0 loss to the Greenville Drive.