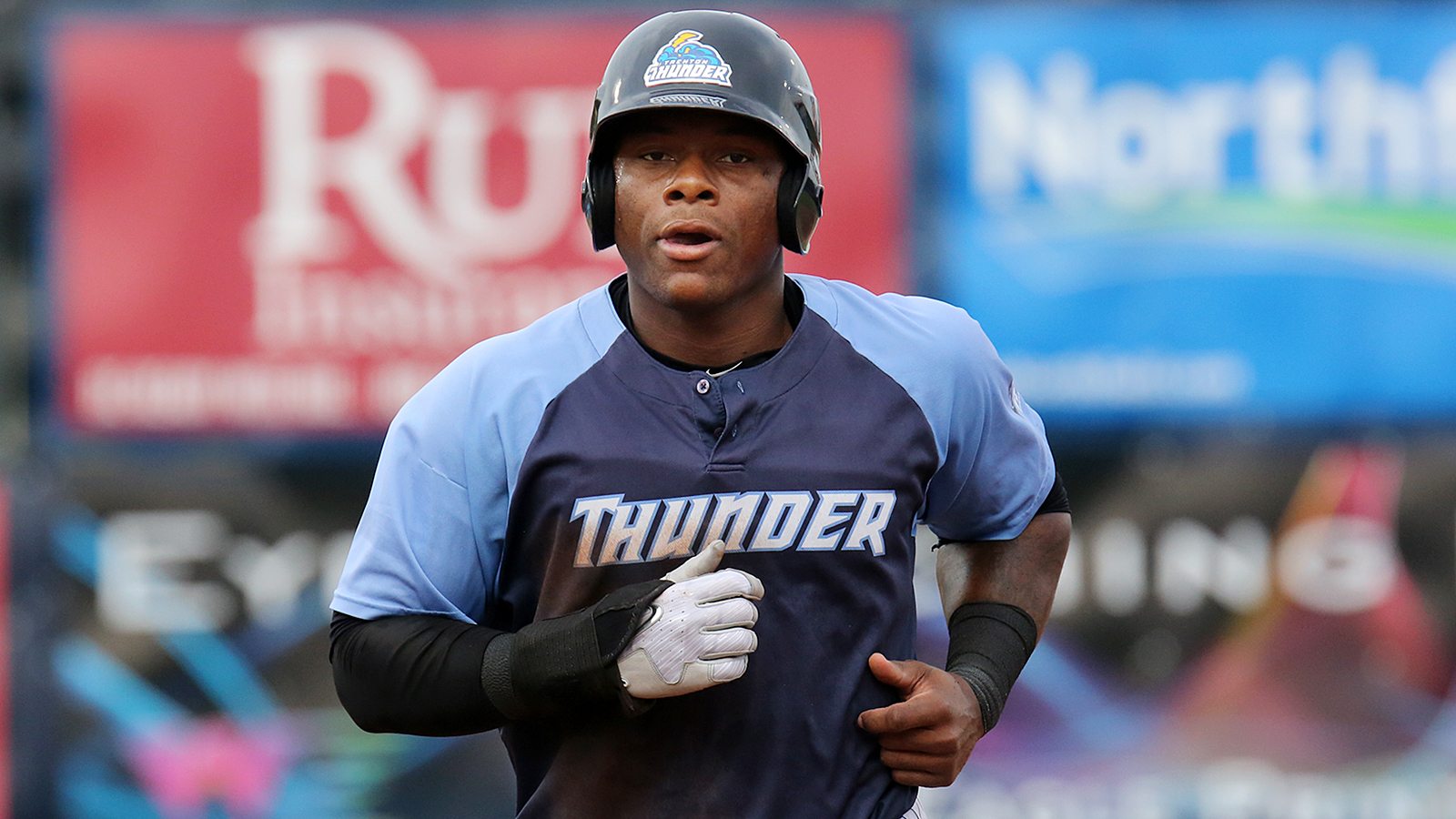 Trenton Thunder’s Jhalan Jackson is fifth in the Eastern League in homers with 9. (Martin Griff)

Sunday was a wild day for the New York Yankees and their affiliates. On a day where the five teams went 2-4, Trenton played their first extra-inning game with the new rules, Charleston got their first win of the season, and the big league club lost another extra-inning game. Here were some of the key performers in the day’s action.

New York Yankees (MLB): Despite having a 5-0 lead after the first inning, the Yankees (5-5) lost another close game to the Baltimore Orioles, 8-7, in 12 innings.

Scranton Wilkes-Barre Railriders (Triple-A): The Railriders (2-1) scored four runs in the bottom of the eighth and hung on to defeat the Syracuse Chiefs, 5-4

Trenton Thunder (Double-A): The Thunder (2-2) did not score a run after the second inning in their 3-2, ten-inning loss to the Richmond Flying Squirrels.

Tampa Tarpons (Single-A Advanced): The Tarpons (2-2) were 0-for-8 with runners in scoring position and it cost them in a 3-1 loss to the Lakeland Flying Tigers.

Charleston Riverdogs (Single-A): In a doubleheader with the Lexington Legends, the Riverdogs (1-3) lost Game 1, 7-4, but got their first win of the season in Game 2, 2-1.