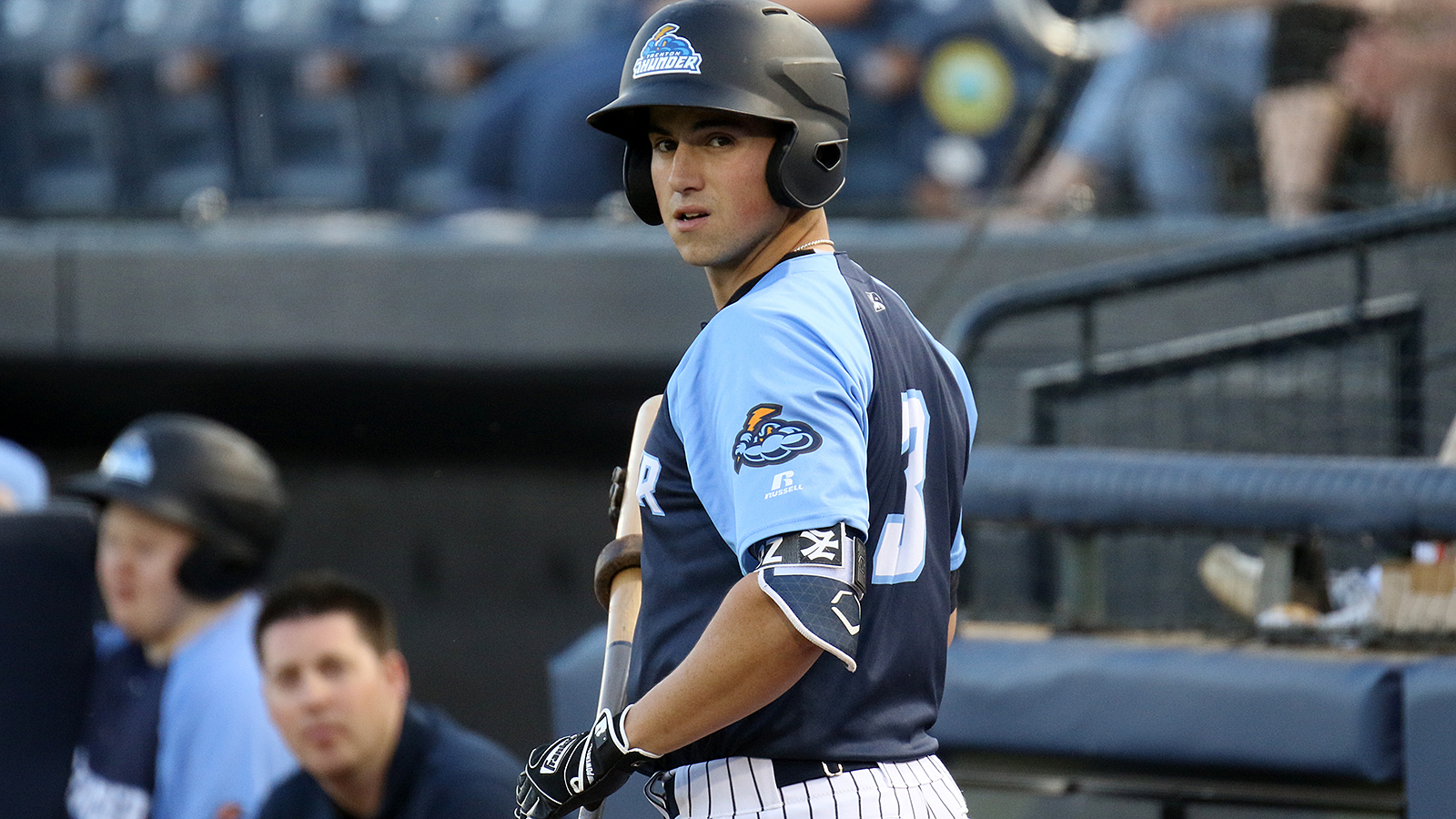 Mandy Alvarez had the lone run for the Tarpons tonight when he hit a solo home run (1) in the bottom of the eighth. He went 2-for-3 (Photo by Martin Griff)

With seven games being played in the New York Yankees organization on Sunday, the big league club and its affiliates combined for a 3-4 record. Among some of the highlights of the day were a good Triple-A debut for Scranton’s starter, a multi-home run game for a Trenton third base, and more walk-offs in Pulaski. Find out about those players and much more in our Pinstriped Performances:

Scranton Wilkes-Barre Railriders (Triple-A):  The Railriders (56-53) allowed four runs in the top of the ninth of their 6-5 loss to the Buffalo Bisons.

Michael King pitched well in his Triple-A debut. In seven innings of work, he allowed one run on three hits, struck out four, and walked one on 87 pitches (57 strikes) in a no-decision. (Robert M. Pimpsner/Pinstriped Prospects) 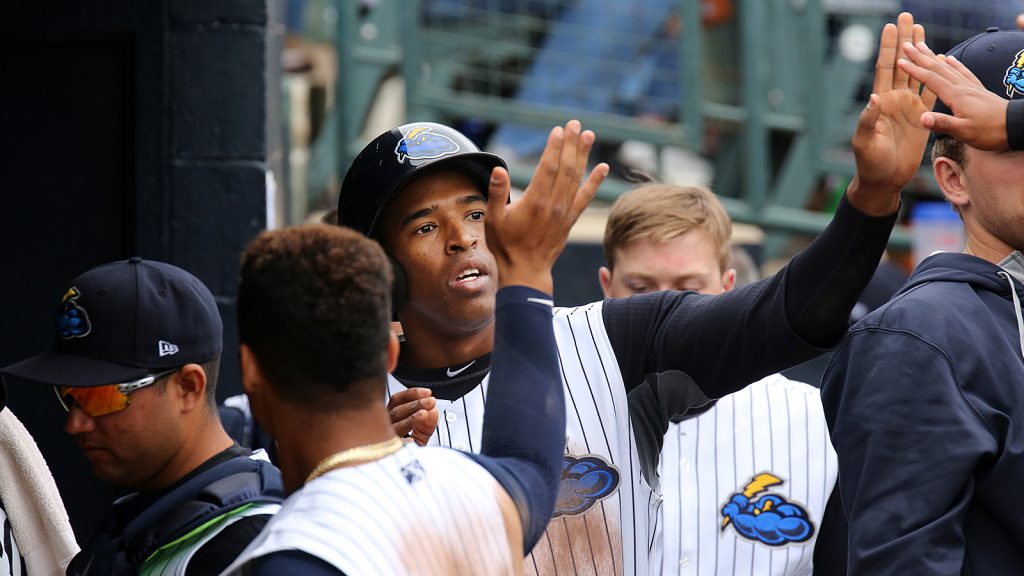 Tampa Tarpons (Single-A Advanced): The Tarpons (55-57) ended up being swept by the Lakeland Flying Tigers as they lost 5-3. 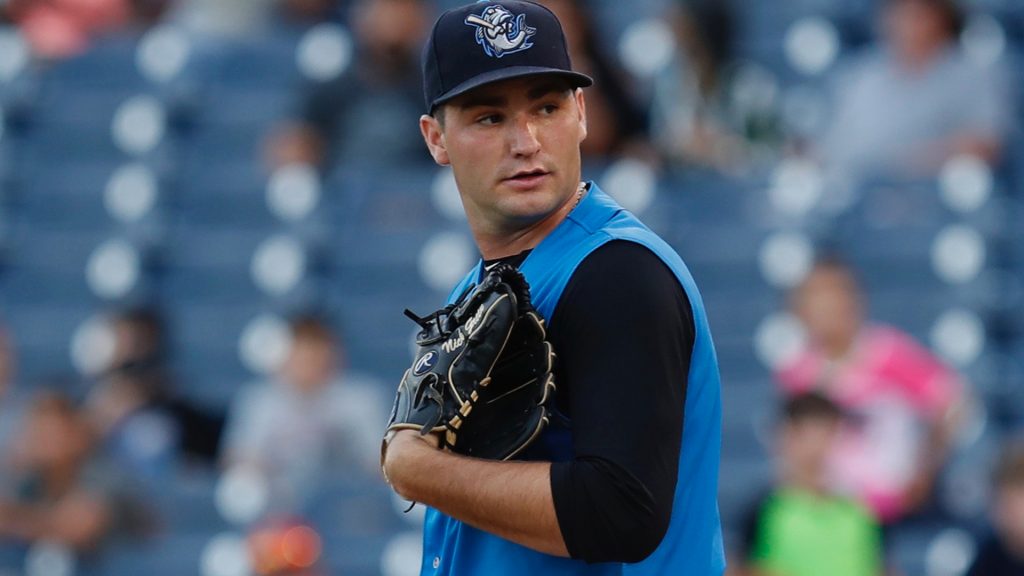 Nick Green (6-5) had a quality start in a loss for Tampa. In six innings of work, he allowed five runs (two earned) on seven hits, struck out five, and walked two on 95 pitches (58 strikes) (Mark LoMoglio)

Charleston Riverdogs (Single-A): The Riverdogs (52-58) ended their series against the Delmarva Shorebirds with a 4-2 victory. 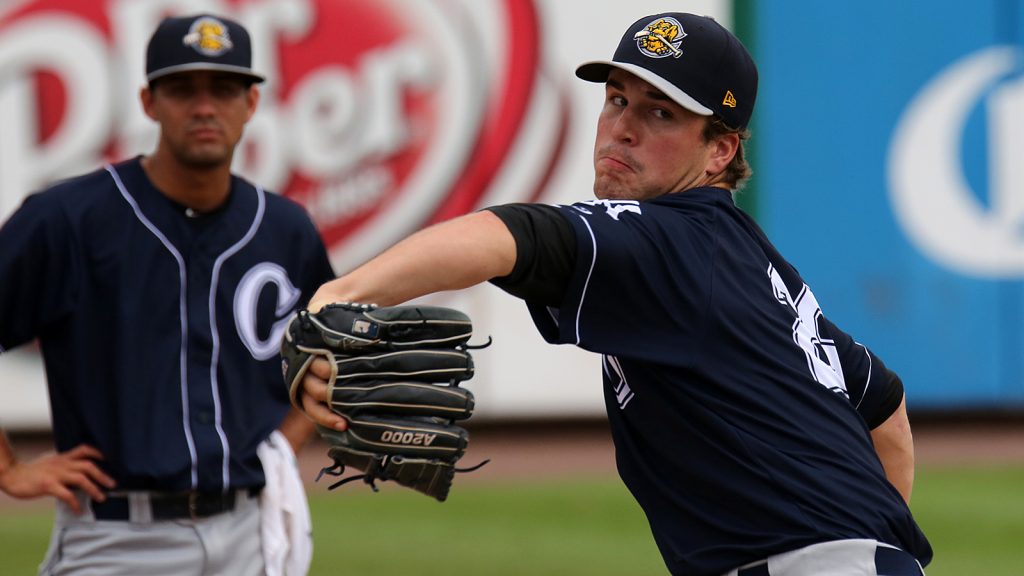 Austin DeCarr came in relief and had one of his better outings of the season. He allowed one hit, struck out four (season-high) and walked one in 2.2 shutout innings of work. (Martin Griff) 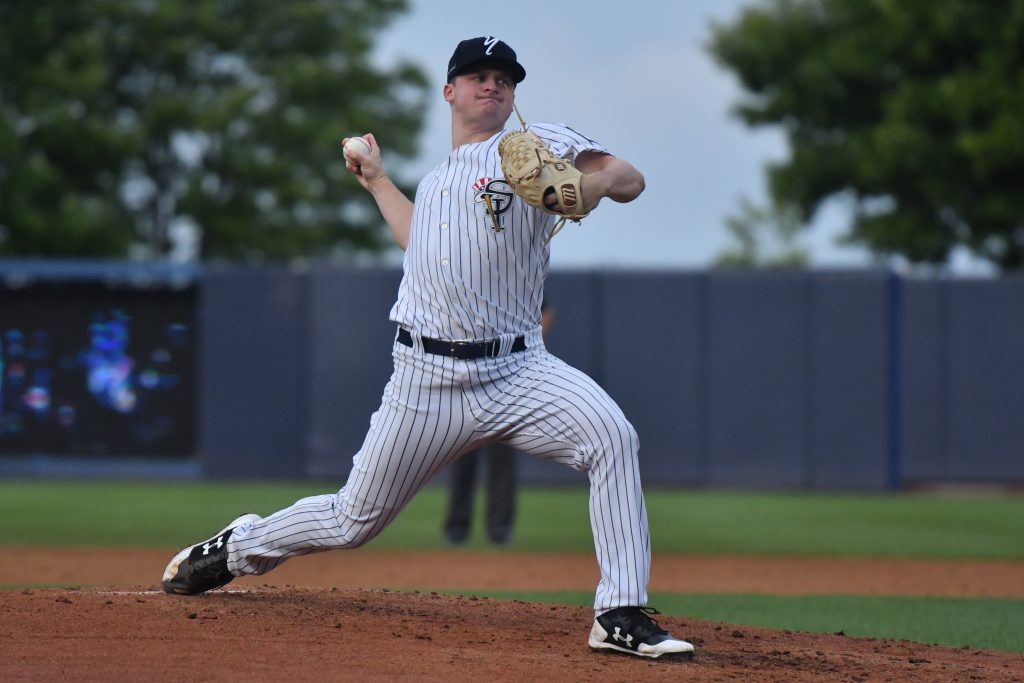 Pulaski Yankees (Rookie): The Yankees (20-25) defeated the Elizabethton Twins 6-5 in 10 innings and they have back-to-back walk-off wins.