New York Yankees' Aaron Hicks is congratulated after his solo home run during the sixth inning of a baseball game against the Detroit Tigers, Friday, April 13, 2018, in Detroit. (AP Photo/Carlos Osorio)

The first day of July in the New York Yankees organization was interesting, to say the least. In the seven games that were played, the starting pitcher only got the decision in two of them and there were three combined shutouts (Yankees were on the losing end of two of them). The combined record was still 4-3. Meanwhile, the big league club brought the home runs to the Bronx. Find out who shined on Sunday with our Pinstriped Performances:

Scranton Wilkes-Barre Railriders (Triple-A): The Railriders (40-40) were held to four hits in a 2-0 loss to the Pawtucket Red Sox.

Ryan McBroom went 2-for-4 and had a double in Scranton’s 2-0 loss. (Cheryl Pursell)

Trenton Thunder (Double-A): The Thunder (46-35) had six hits in a 6-0 loss to the New Hampshire Fishercats. 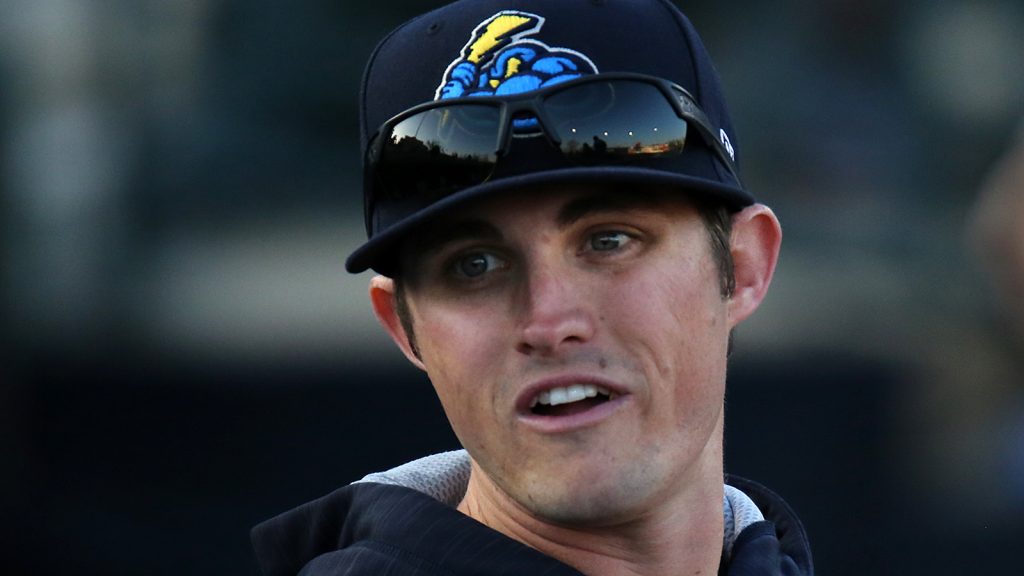 Nick Nelson got the start for the Tarpons. He went 4.1 innings, gave up a run on five hits, struck out nine, and walked one on 93 pitches (62 strikes) in a no-decision (Mark LoMoglio)

Charleston Riverdogs (Single-A): The Riverdogs (40-37) won a 1-0 pitchers duel against the Greenville Drive.

Daniel Ramos allowed two hits, struck out a batter, and walked one in a scoreless seventh inning as he improved to 5-2 on the year. (Zach Bland/Charleston RiverDogs)

Staten Island Yankees (Short-Season): The Yankees (5-11) snapped their three-game losing streak with a 3-1 win over the Brooklyn Cyclones. 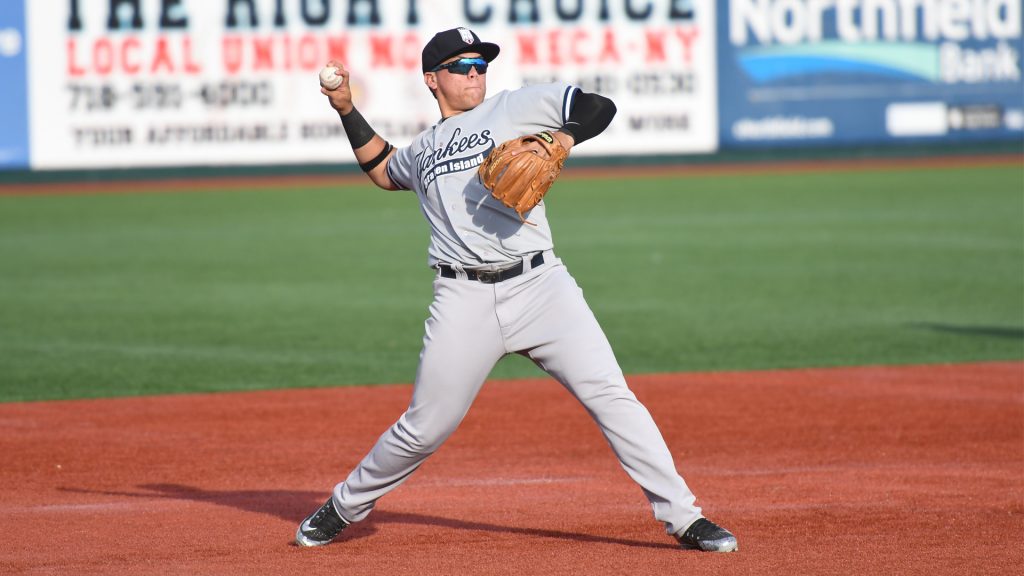 Pulaski Yankees (Rookie): The Yankees (5-7) rallied from an early four-run deficit to defeat the Kingsport Mets, 8-5.