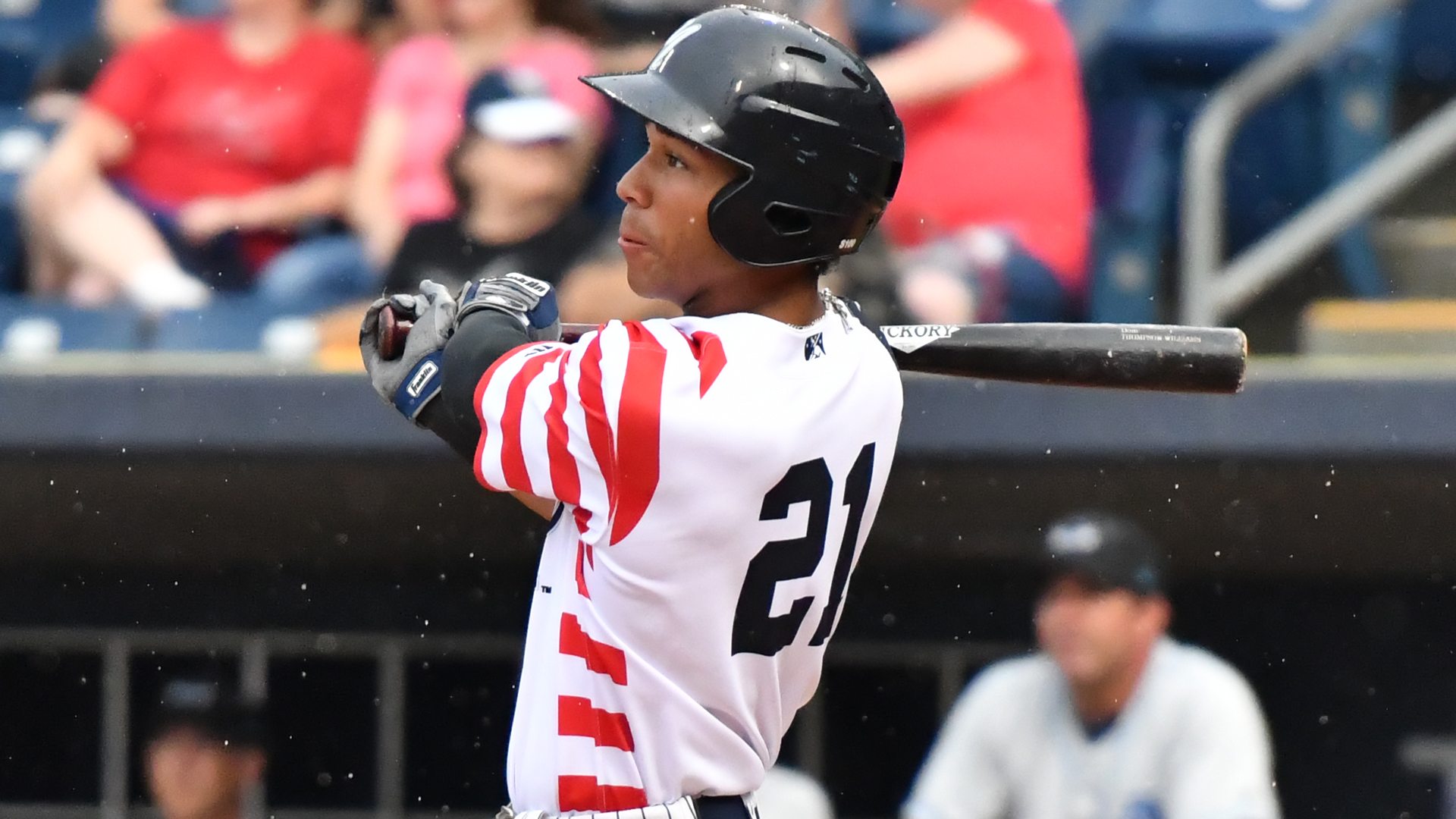 Dom Thompson-Williams connects for a homerun as the rain falls on July 22, 2017. (Robert M. Pimpsner)

Since Single-A Advanced Tampa had the day off on Sunday, only four teams in the New York Yankees organization were in action. Those teams combined for a 3-1 record with Triple-A Scranton Wilkes-Barre taking the lone loss. While one Yankees superstar had a four-hit game, there was another player in the organization who accomplished the same feat. Learn more about that player and more in the key performances of the day around the organization:

New York Yankees (MLB): The Yankees (28-12) took the rubber game of their three-game series against the Oakland Athletics, 6-2.

Scranton Wilkes-Barre Railriders (Triple-A): The Railriders (16-19) had their pitchers combine for 14 strikeouts in a 3-1 loss to the Rochester Red Wings.

Trenton Thunder (Double-A): The Thunder (22-13) got a split of their four-game series against the Richmond Flying Squirrels with a 3-2 win.

Charleston Riverdogs (Single-A): The Riverdogs (17-19) used their offense to snap their four-game losing streak as they beat the Hagerstown Suns, 12-9.