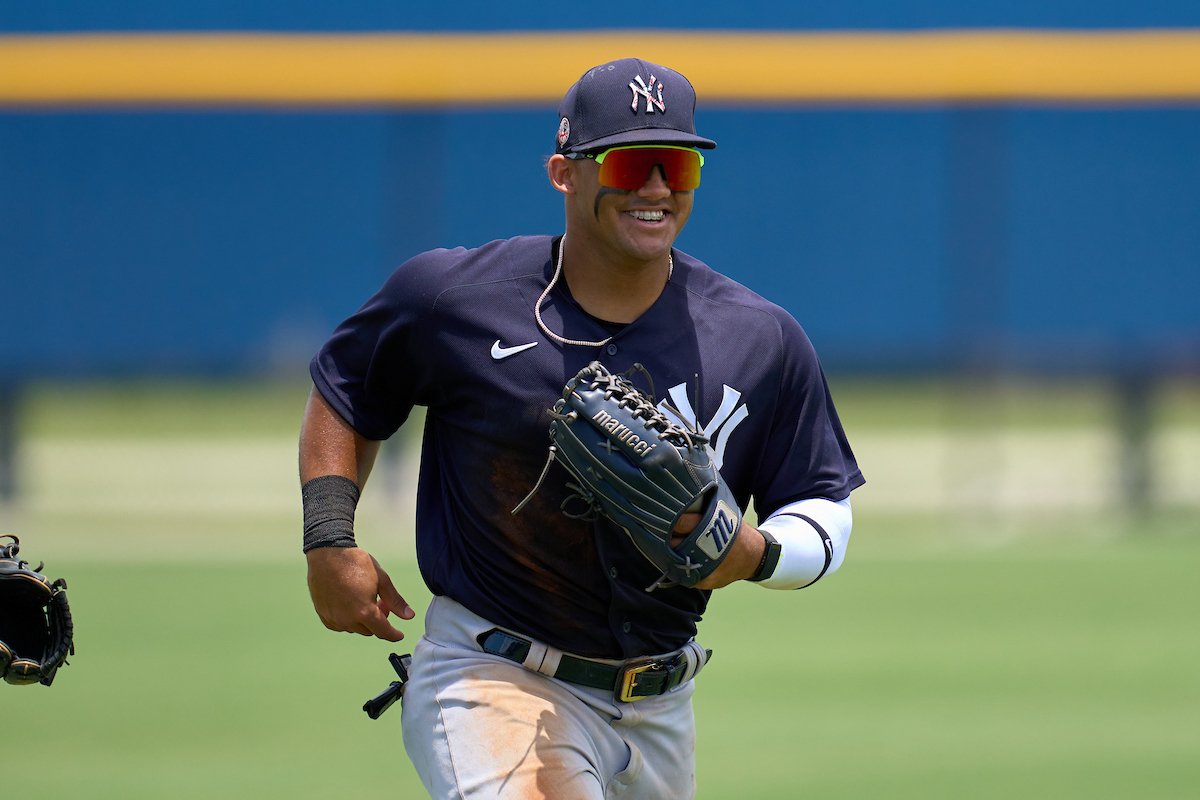 FCL Yankees outfielder Jasson Dominguez (25) jogs to the dugout during a game against the FCL Tigers on June 28, 2021 at Tigertown in Lakeland, Florida. (Mike Janes/Four Seam Images)

Rejoice, Yankees minor league fans: no longer will there be a single day of the week devoid of action, because the Florida Complex League takes Sundays off, not Mondays. The FCL Yanks took the field for the first time today, and while all eyes were trained on mega-prospect Jasson Dominguez, there were plenty of great performances to go around.

FCL Yankees (1-0): An RBI double from rising star Kevin Alcantara, a Madison Santos steal of home, and some superb pitching helped the baby Yanks get off to a great start on Monday, as they defeated the Tigers East, 4-0.