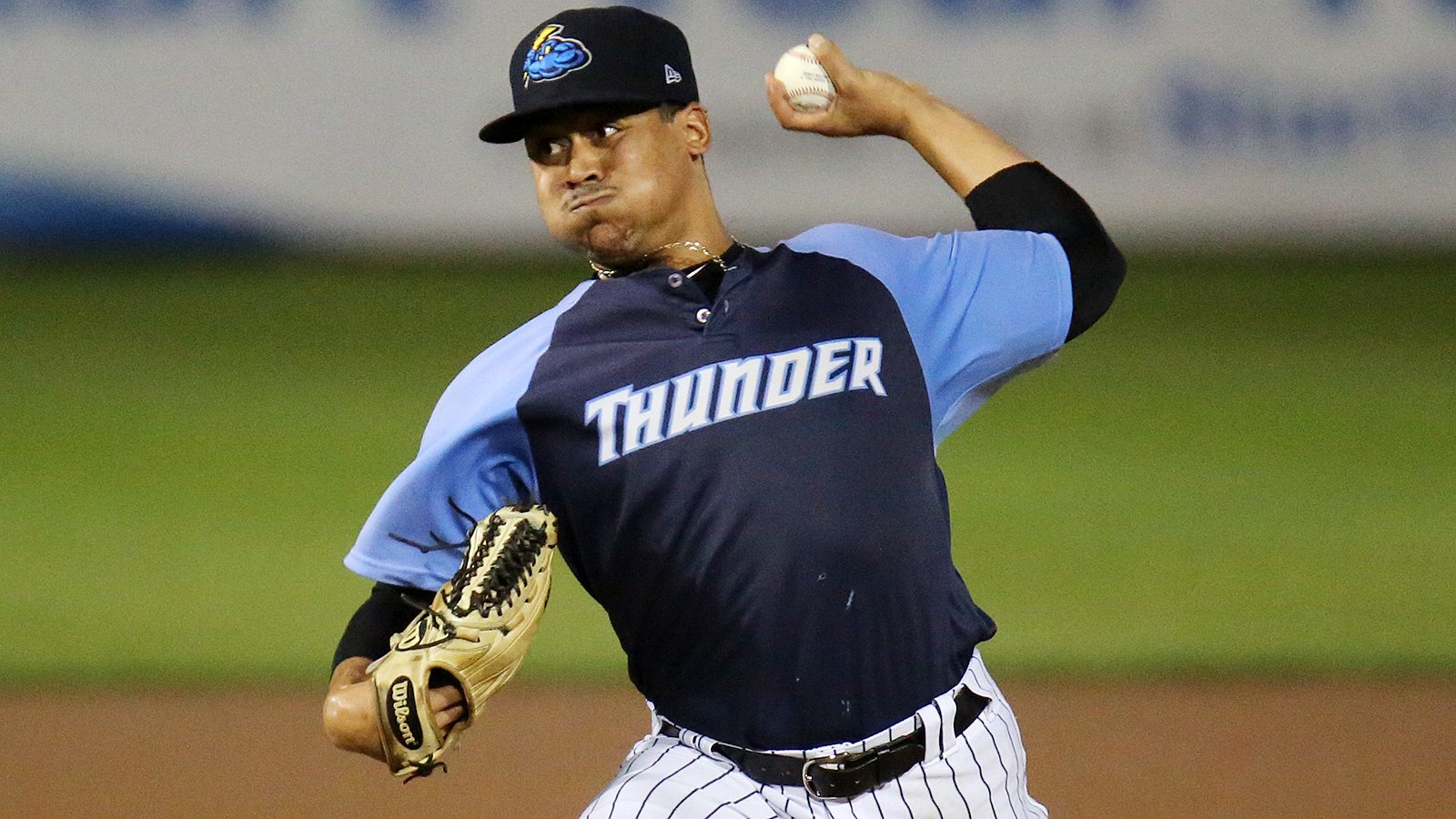 Justus Sheffield is slated to pitch for Trenton on Friday. (Martin Griff)

With Triple-A Scranton Wilkes-Barre having the night off on Thursday, the Yankees organization had four teams in action, including their big league club. In total, the teams combined for a 2-2 record with the big league club and Double-A Trenton picking up the lone wins of the night. Let’s take a look at some of the highlights from Thursday’s action:

New York Yankees (MLB): After a day off Wednesday, the Yankees (9-8) began their four-game series against the Toronto Blue Jays with a 4-3 win.

Trenton Thunder (Double-A): The Thunder (7-6) wrapped up their six-game road trip with a 4-2 victory over the Erie Seawolves.

Tampa Tarpons (Single-A Advanced): The Tarpons (6-8) were unable to generate much offense in a 5-2 loss to the Daytona Tortugas in the rubber game of the series.

Charleston Riverdogs (Single-A): The Riverdogs (6-8) started off their series against the Greensboro Grasshoppers with a 3-2 loss in walk-off fashion.