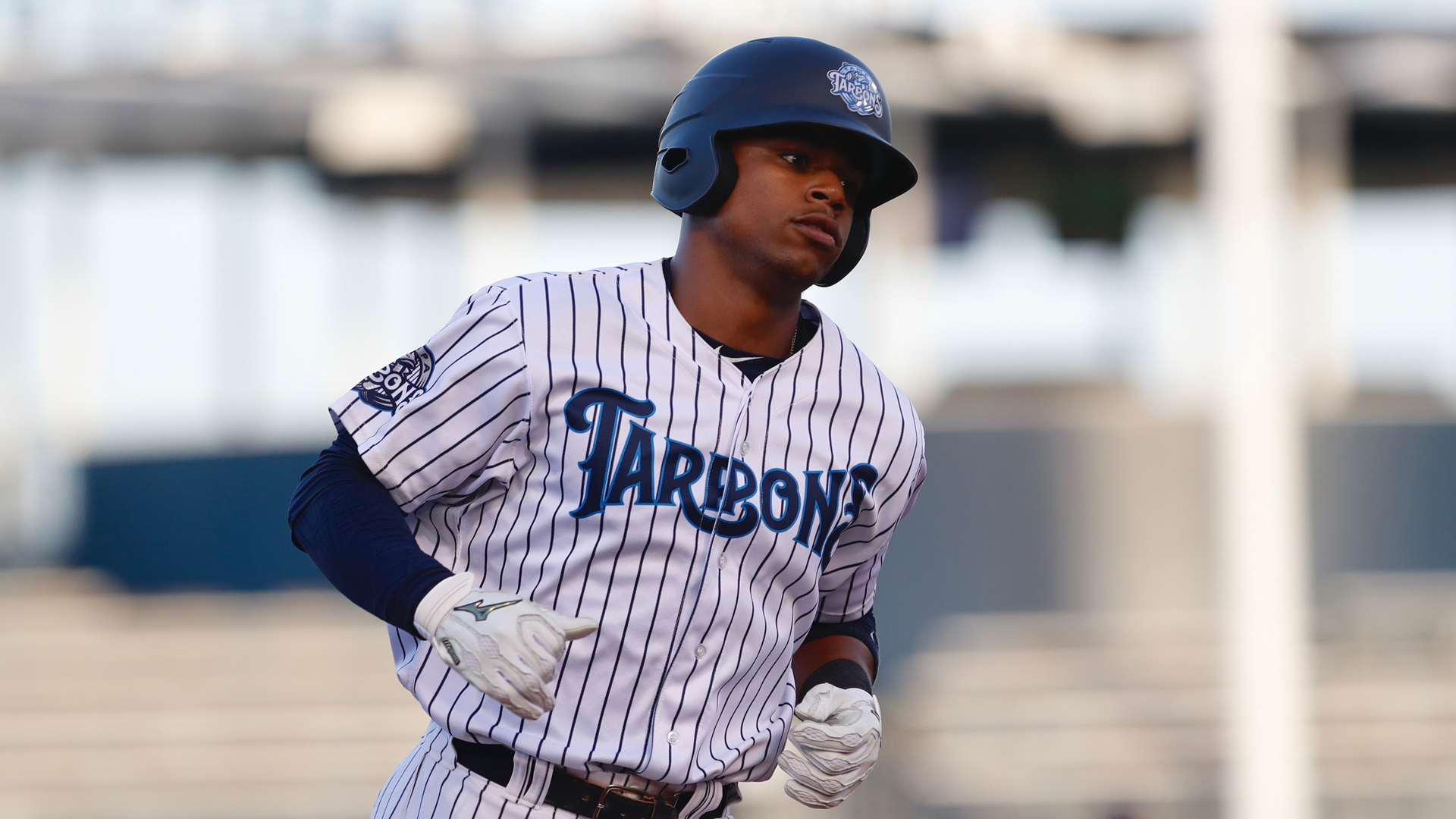 Thursday’s action in the New York Yankees organization brought the beginning of the second half of the season for Scranton Wilkes-Barre and Trenton. In the ten games that were played, the affiliates combined for a 6-4 record. The big league club hit three home runs in Cleveland, a Tampa starter allowed one hit over six shutout innings in a victory, and a Staten Island reliever got his first professional win. Check out who those players were and more in our Pinstriped Performances:

New York Yankees (MLB): The Yankees (61-31) started their series against the Cleveland Indians with a 7-4 win.

Scranton Wilkes-Barre Railriders (Triple-A): The Railriders (46-42) began the second half with a 2-1 loss to the Rochester Railriders.

Trey Amburgey was 2-for-3 with a walk and he had a sacrifice fly in the bottom of the fifth (49). (Photo by Martin Griff)

Nick Nelson (5-2) allowed only one hit over six innings in a victory for Tampa. He struck out five batters and walked four on 89 pitches (50 strikes) (Mark LoMoglio)

Charleston Riverdogs (Single-A): The Riverdogs (45-42) lost their game to the Delmarva Shorebirds, 11-6.

Oswaldo Cabrera went 1-for-5 and had an RBI double in the bottom of the eighth (38). (Photo by Martin Griff)

Staten Island Yankees (Short-Season): The Yankees (13-13) got their record back to .500 with a 4-2 win over the Mahoning Valley Scrappers.

Rodney Hutchison gave up three hits and struck out three batters in 1.1 innings of relief as he got his first professional win. (Robert M. Pimpsner)