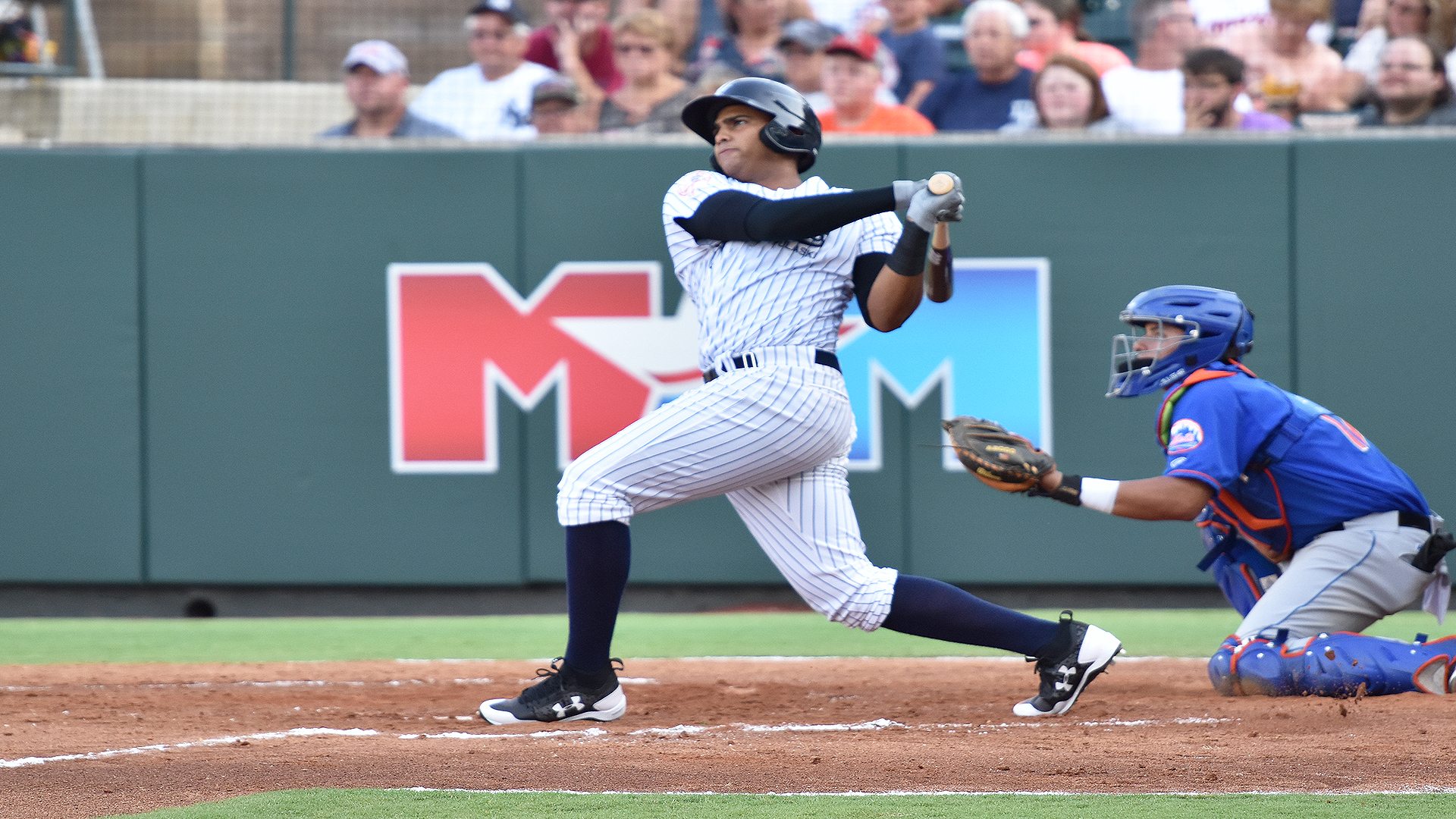 While the big league club had the day off on Thursday, the other nine New York Yankees affiliates were in action and they combined for a 4-5 record. Down in Charleston, one player had a four-hit night that included an inside-the-park home run. Meanwhile, one of the Yankees’ top pitching prospects continued his rehab in the Gulf Coast League and this year’s Fourth Round draft pick made his debut for Staten Island. Find out who those players were and much more in our Pinstriped Performances:

Scranton Wilkes-Barre Railriders (Triple-A): The Railriders (38-39) defeated the Lehigh Valley IronPigs by a final score of 6-3.

Nestor Cortes (2-3) went deep into the game at Lehigh Valley. He went seven innings, gave up two runs (one earned) on three hits, struck out five, and walked two on 87 pitches (57 strikes) in the win. (Cheryl Pursell)

Trenton Thunder (Double-A): The Thunder (44-34) lost their game against the Binghamton Rumble Ponies, 6-3.

Mandy Alvarez tied the game at three in the top of the seventh with a solo home run (4). He was 1-for-4 on the night. (Photo by Martin Griff) 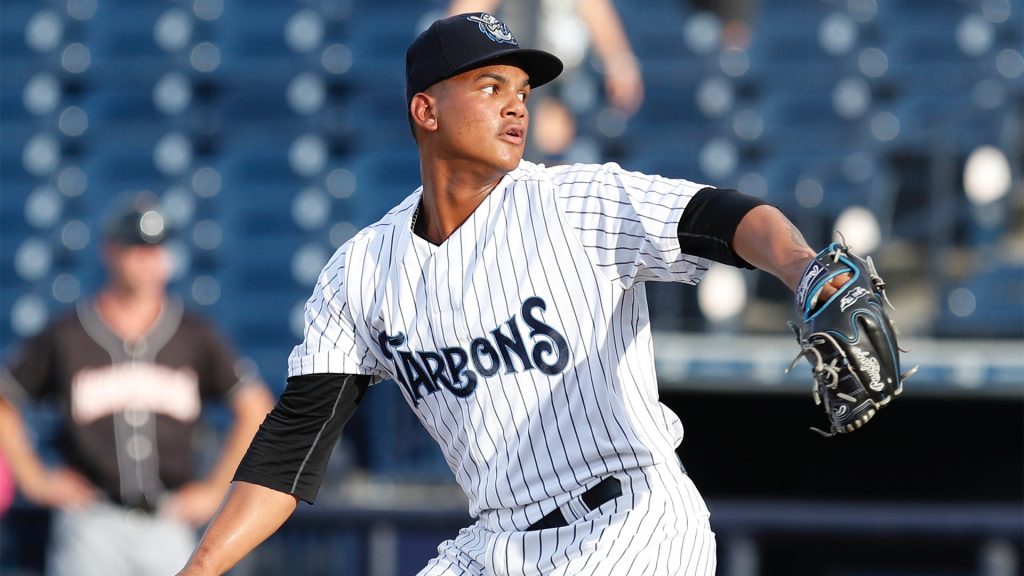 Albert Abreu (3-3) gave up a couple of home runs in a loss on Thursday. He went six innings, gave up five runs (four earned) on seven hits, struck out three, and walked three on 96 pitches (57 strikes). (Mark LoMoglio)

Charleston Riverdogs (Single-A): The Riverdogs (38-36) had six different players drive in a run in their 11-3 win over the Rome Braves.

Oswaldo Cabrera went 2-for-5 and his RBI single in the bottom of the first gave him 30 for the season. (Photo by Martin Griff)

Staten Island Yankees (Short-Season): The Yankees (4-9) could not hold the lead in the bottom of the ninth as they lost 4-3 to the Connecticut Tigers. 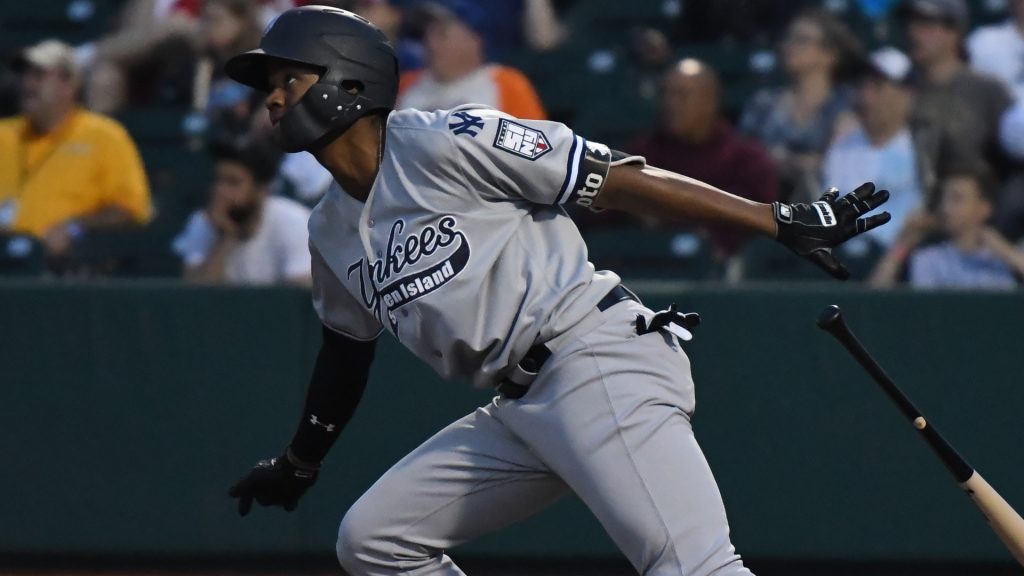 Junior Soto was 2-for-4 with an RBI double (2) in the top of the ninth in the loss for Staten island. (Robert M. Pimpsner/Pinstriped Prospects) 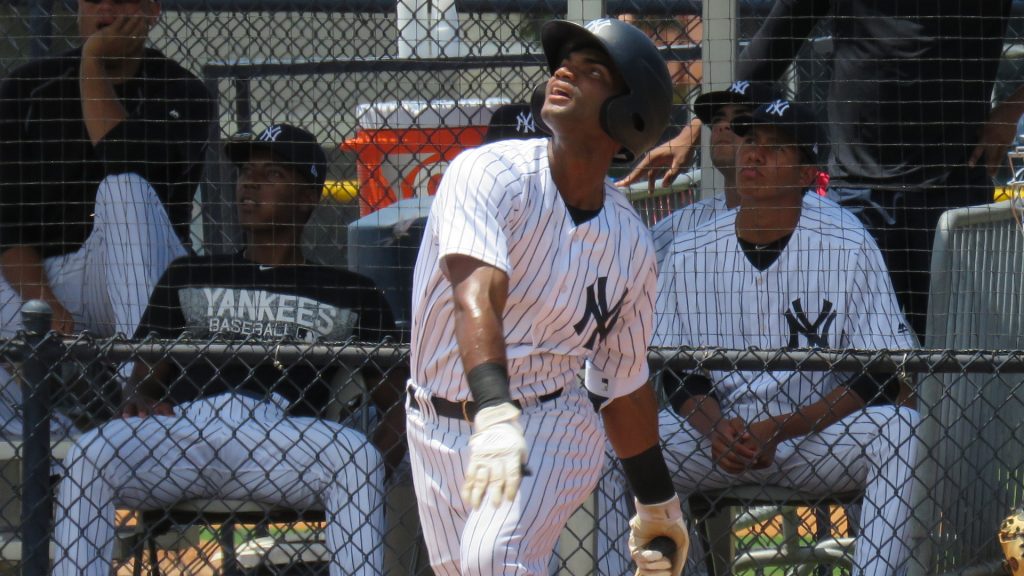 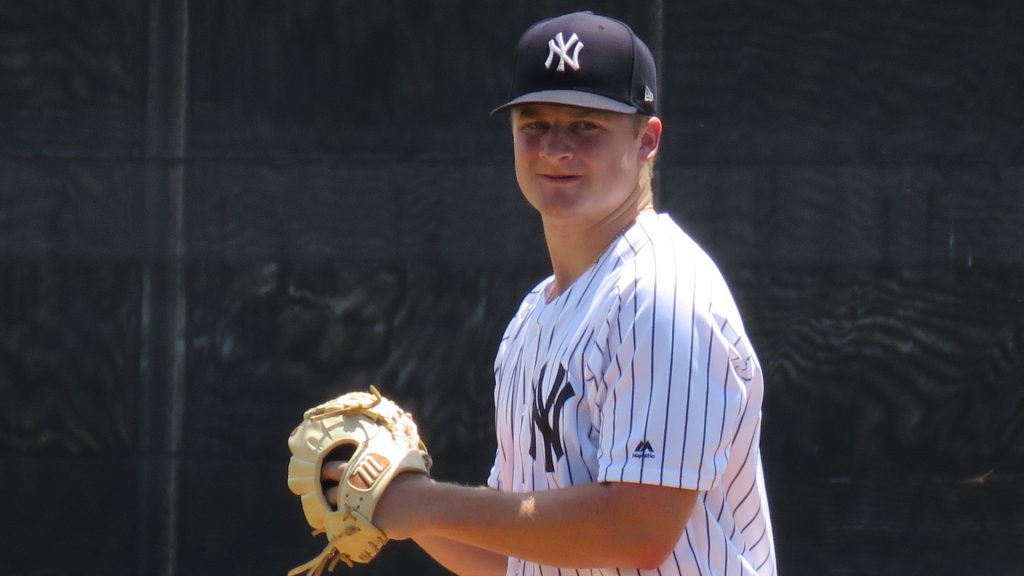 Clarke Schmidt made his second rehab start in the GCL. He threw two hitless innings, walked two batters, and struck out one. (Bryan Green)