Since the New York Yankees had the night off, all five minor league affiliates had the spotlight on Thursday night. In those five games, the teams combined for a 2-3 record. In the lone wins, one pitcher struck out ten over eight shutout innings and another affiliate got its record back to the .500 mark. Check out some of the key performances in Thursday night’s action:

Scranton Wilkes-Barre Railriders (Triple-A): The Railriders (26-32) were unable to hold an early lead in their 5-4 loss to the Durham Bulls.

Trey Amburgey went 2-for-5 and had an RBI double in the bottom of the fifth (25). (Photo by Martin Griff) 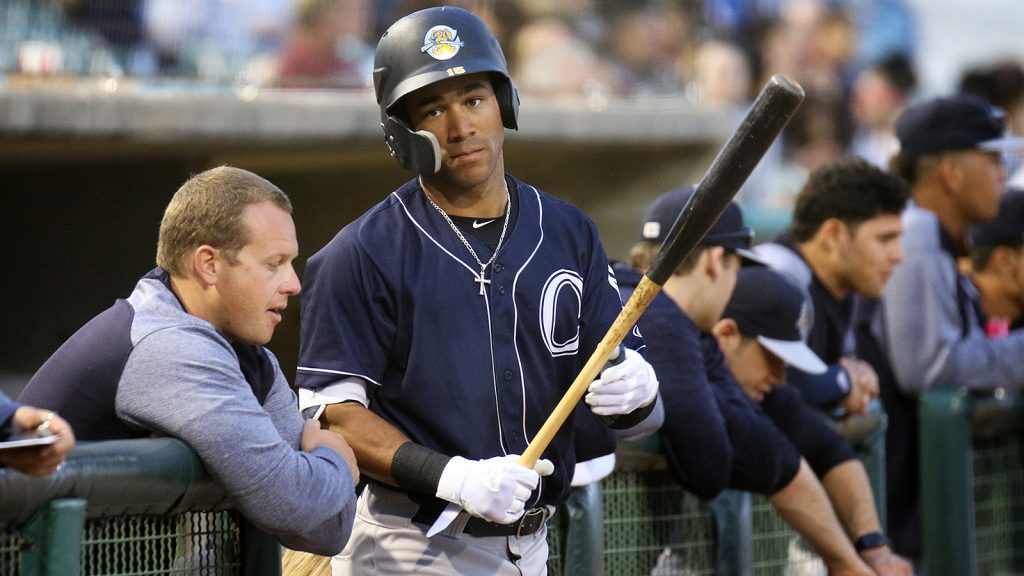 Charleston Riverdogs (Single-A): The Riverdogs (29-29) picked up their third straight win, 4-2, against the Columbia Fireflies.

Oswaldo Cabrera (2-for-4) drove in the game-winning run with a single in the top of the eighth (21). (Photo by Martin Griff)