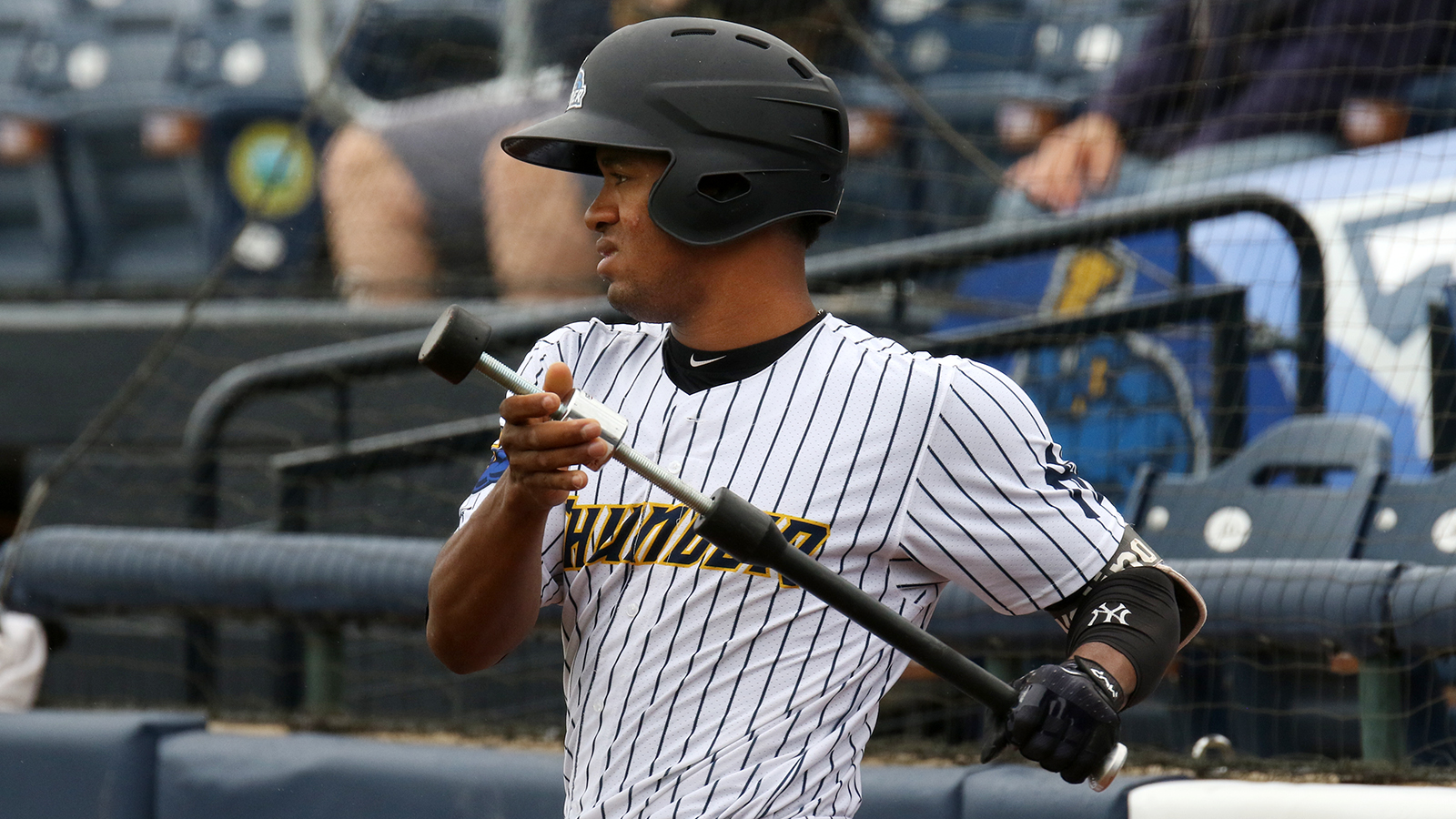 The New York Yankees had the night off on Thursday, but the four minor league affiliates were all in action and in their home ballparks. The teams combined for a 3-1 record as Charleston took the lone loss of the night. There was a walk-off hit in Scranton and Abiatal Avelino had a four-hit, five-RBI night for Trenton. Check out some of the other key performances in Thursday night’s action:

Scranton Wilkes-Barre Railriders (Triple-A): The Railriders (19-19) defeated the Lehigh Valley IronPigs, 5-4, in 11 innings and they completed the three-game sweep to get back to .500 for the season.

Tyler Wade went 3-for-6 and had a walk-off bunt single in the bottom of the 11th. (Photo by Cheryl Pursell)

Trenton Thunder (Double-A): The Thunder (25-14) started their series against the Bowie BaySox with an 11-5 victory. 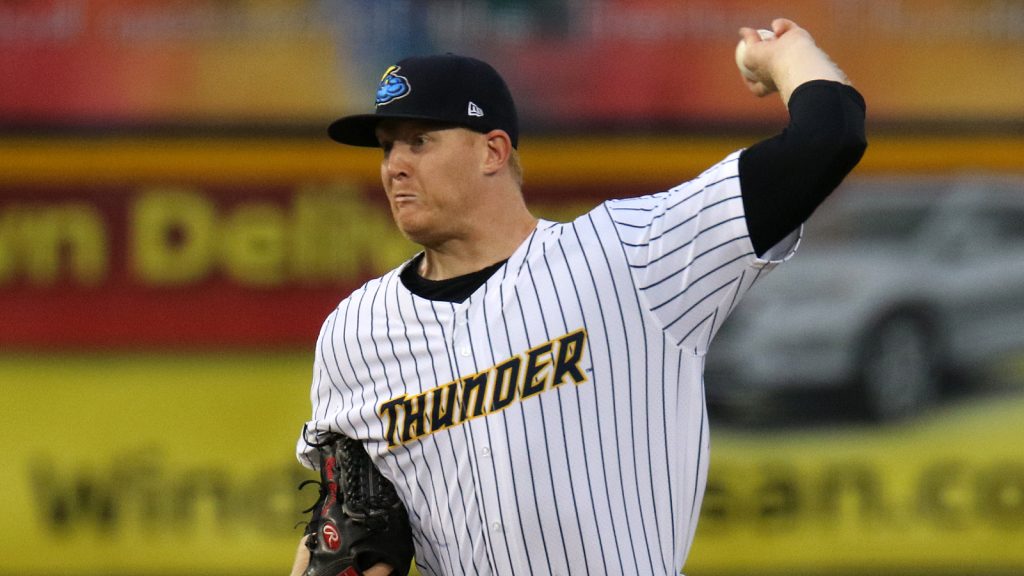 Ryan Bollinger improved to 3-0 on the season after giving up two runs on six hits over six innings on 91 pitches (66 strikes) in the win for Trenton. (Photo by Martin Griff)

Tampa Tarpons (Single-A Advanced): The Tarpons (23-17) won three out of four games against the Dunedin Blue Jays after their 6-2 win on Thursday.

Nick Nelson threw six innings, gave up one run on three hits, struck out six, and walked one on 78 pitches (50 strikes) as he picked up his first win for Tampa. (Photo by Mark LoMoglio)

Charleston Riverdogs (Single-A): The Riverdogs (17-22) gave up two runs in the eighth inning en route to a 2-1 loss to the Columbia Fireflies. 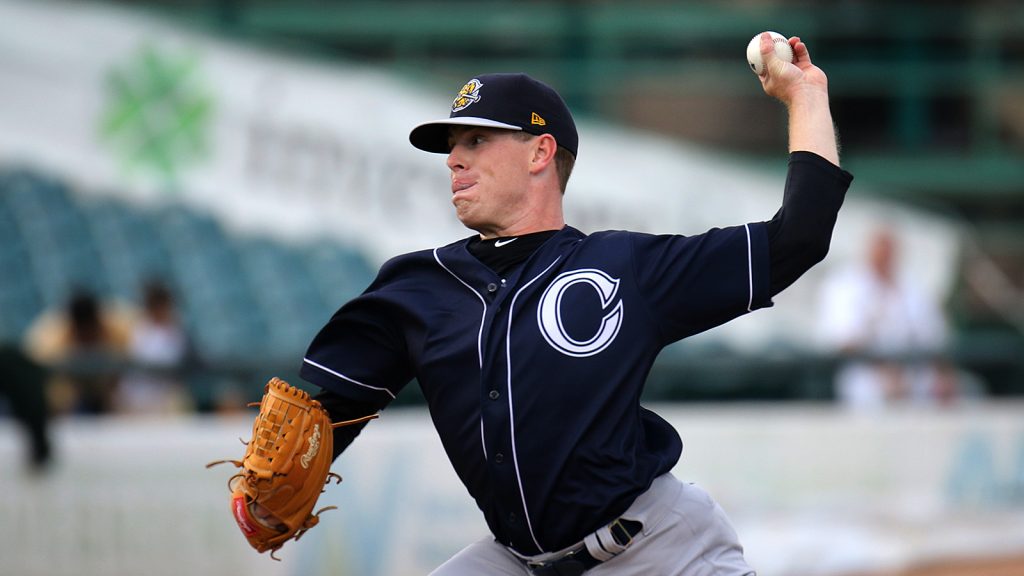