Thursday night did not have much action in the New York Yankees organization. There were only three games because the Yankees had the night off and Charleston’s game got canceled. In those three games, the teams combined for a 1-2 record with Scranton getting the lone win. As for Trenton and Tampa, they combined to score one run. Check out the key performances from the night’s action below:

Scranton Wilkes-Barre Railriders (Triple-A): The Railriders (21-24) were able to split their four-game series against the Pawtucket Red Sox with a 3-1 win.

Billy Fleming went 2-for-4 and had an RBI single (11) in the top of the sixth. (Cheryl Pursell)

Trenton Thunder (Double-A): The Thunder (27-19) were held to three hits in a 1-0 loss to the Akron Rubberducks. 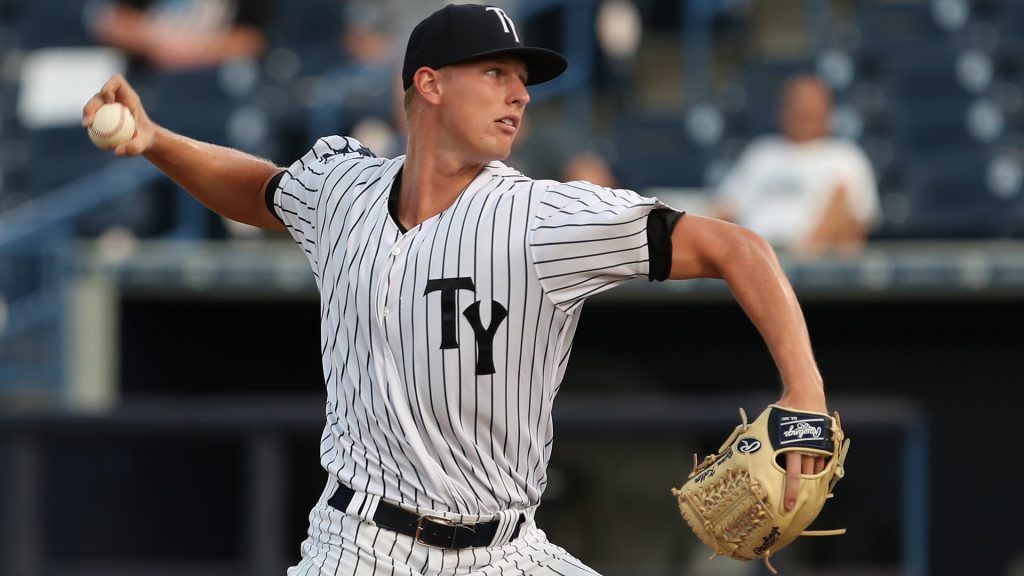 Brian Keller was the hard-luck loser for Trenton on Thursday. He went six innings, gave up one run on five hits, struck out six batters, and walked two on 73 pitches (51 strikes) (Mark LoMoglio)

Charleston Riverdogs (Single-A): The Riverdogs (20-25) had their series finale against the Augusta Greenjackets canceled and the game will not be made up. They will be back in action on Friday night at 7 p.m ET against the Hickory Crawdads.