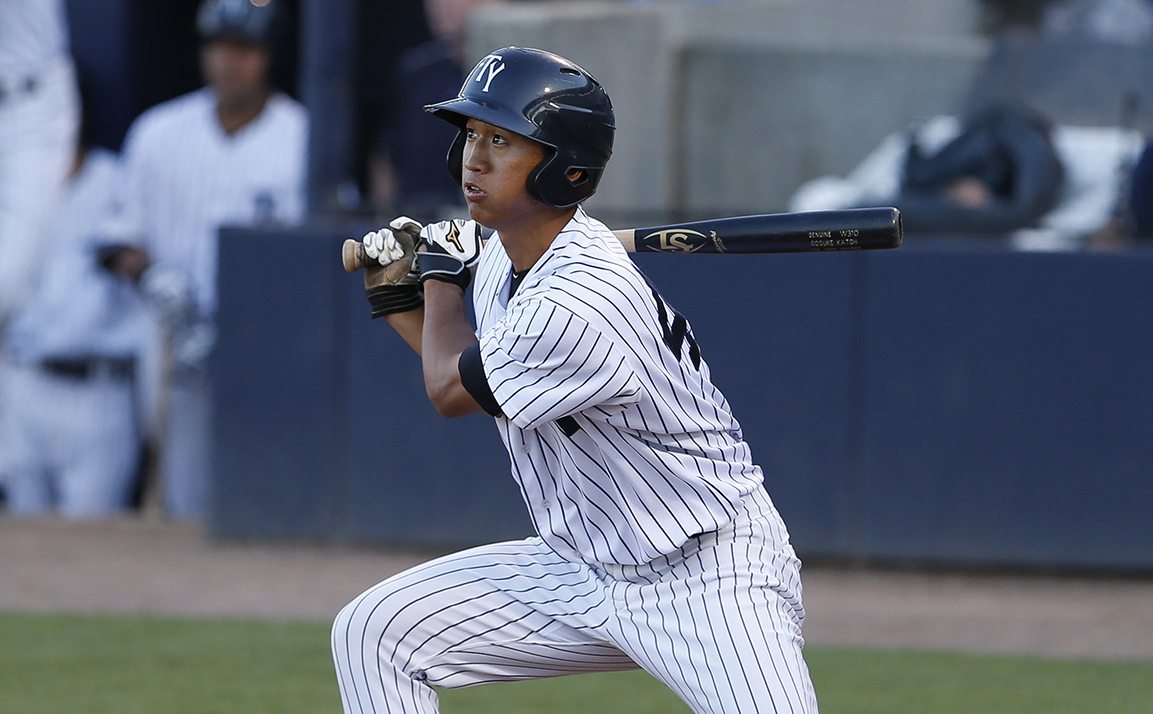 TAMPA, FL - MAY 8: during the Florida State League Class-A Advanced game between the Dunedin Blue Jays (TOR) and Tampa Yankees (NYY) on May 8, 2017, at George M. Steinbrenner Field in Tampa, FL. (Photo by Mark LoMoglio/Yankees)

Tuesday night was not a great night for the New York Yankees, but their minor league affiliates were able to provide some positives as the four teams combined to score 21 runs. In total, the five teams had a 2-3 night with one team getting their first chance to play with the new extra-inning rules. Here are some of the highlights from Tuesday night’s action:

New York Yankees (MLB): It was a rough night for the Yankees (5-6) at Fenway Park as the Boston Red Sox routed them in the first game of the three-game series, 14-1.

Scranton Wilkes-Barre Railriders (Triple-A): Thanks to a three-run home run by Ryan McBroom in the seventh, the Railriders (4-1) were able to beat the Lehigh Valley IronPigs, 5-2.

Trenton Thunder (Double-A): The Thunder (3-3) handed the New Hampshire Fishercats their first loss of the season with a 10-3 blowout win.

Tampa Tarpons (Single-A Advanced): The Tarpons (3-3) played their first extra-inning game under the new rules, but lost to the Port St. Lucie Mets, 6-5, in ten innings.