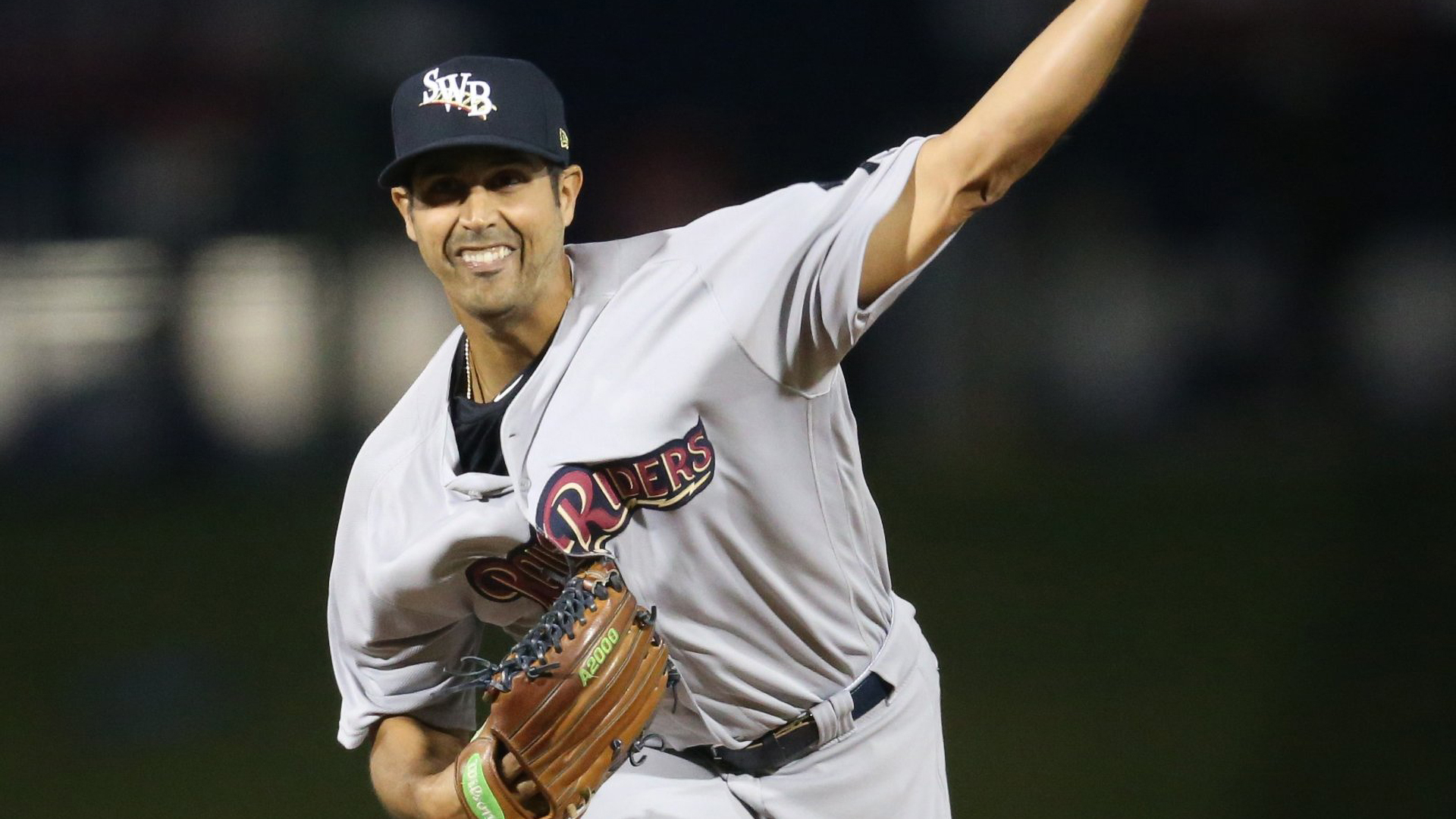 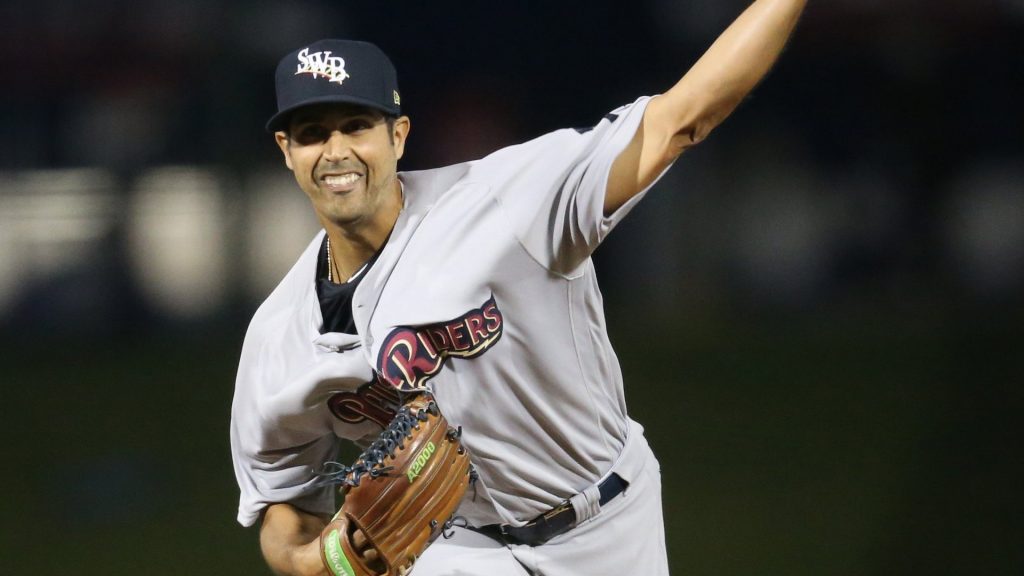 Gio Gonzalez bounced back for Scranton Wilkes-Barre as he struck out ten over six shutout innings. (Cheryl Pursell)

On Tuesday night, there were six games played in the New York Yankees organization because of a doubleheader for Charleston. A Tampa outfielder was able to have one of his better games in his short professional career, a veteran bounced back on the mound for Scranton Wilkes-Barre, and the Thunder got five hitless innings out of their bullpen. Find out more about those games in our Pinstriped Performances and remember to vote for our Performer of the Night:

Who is your #Yankees Pinstriped Performer of the Night from Tuesday's action? #MILB @swbrailriders @TrentonThunder @TampaTarpons @ChasRiverDogs

Scranton Wilkes-Barre Railriders (Triple-A): The Railriders (3-3) got their record to .500 with a 5-1 win over the Lehigh Valley IronPigs. 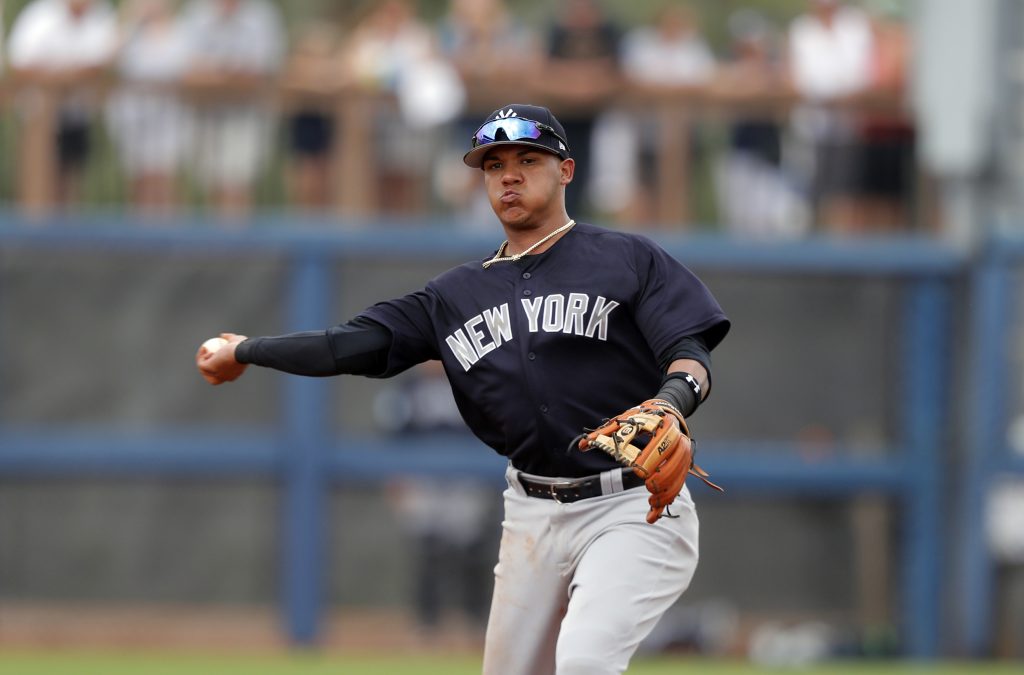 Thairo Estrada went 2-for-4 with a walk and an RBI double in the top of the first (1) that got the scoring started. (AP Photo/Gerald Herbert)

Trenton Thunder (Double-A): The Thunder (3-2) defeated the Akron Rubberducks by a final score of 7-2. 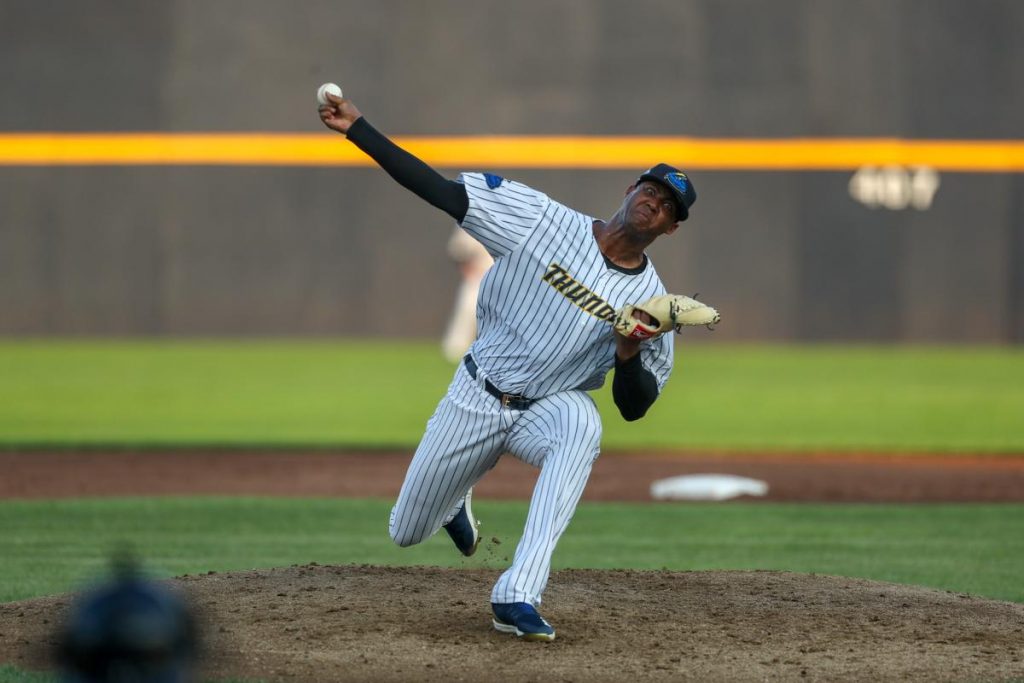 Domingo Acevedo (1-0) won the game out of the bullpen for Trenton. He threw two perfect innings and struck out three of the six batters he faced. (Michael Dill)

Tampa Tarpons (Single-A Advanced): The Tarpons (2-3) had their comeback effort fall short in a 9-8 loss to the St. Lucie Mets. 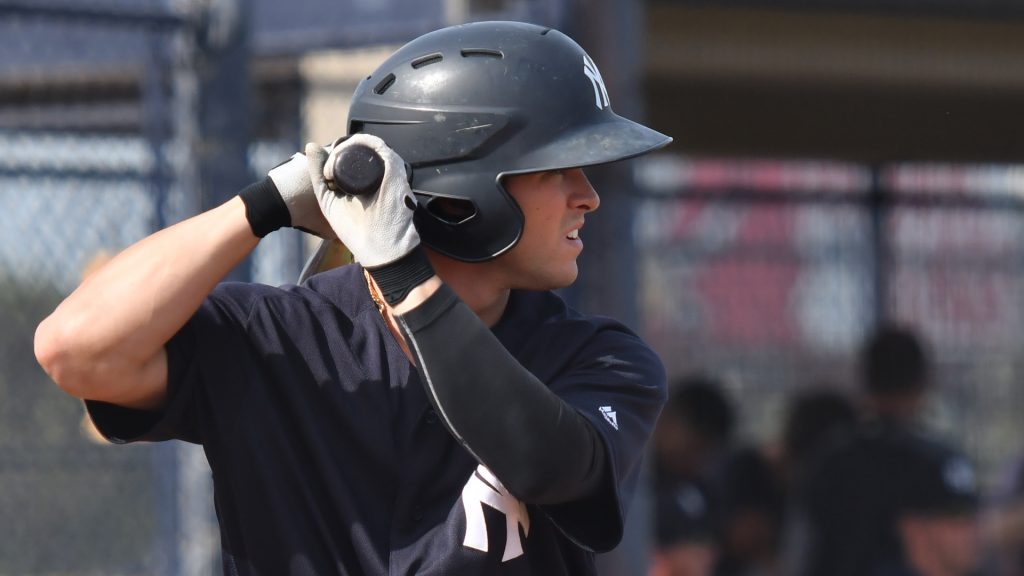 Matt Pita was the star of the night on offense. He was 3-for-4 with a stolen base, a double, and four RBIs (1,2,3,4). He had an RBI double in the bottom of the second and a two-run single in the eighth (Robert M Pimpsner/Pinstriped Prospects)

Charleston Riverdogs (Single-A): The Riverdogs played a doubleheader against the Asheville Tourists. They were blown out in Game 1, 17-3, and they lost Game 2, 8-3.

Josh Stowers had the only multi-hit game as he went 2-for-3 to raise his average to .412. (Robert M Pimpsner/Pinstriped Prospects)

Alexander Vizcaino picked up a no-decision in his season debut. He allowed two runs (one earned) on three hits, struck out seven. and walked two over 4.2 innings. 49 of his 77 pitches were for strikes. (Robert M. Pimpsner/Pinstriped Prospects)