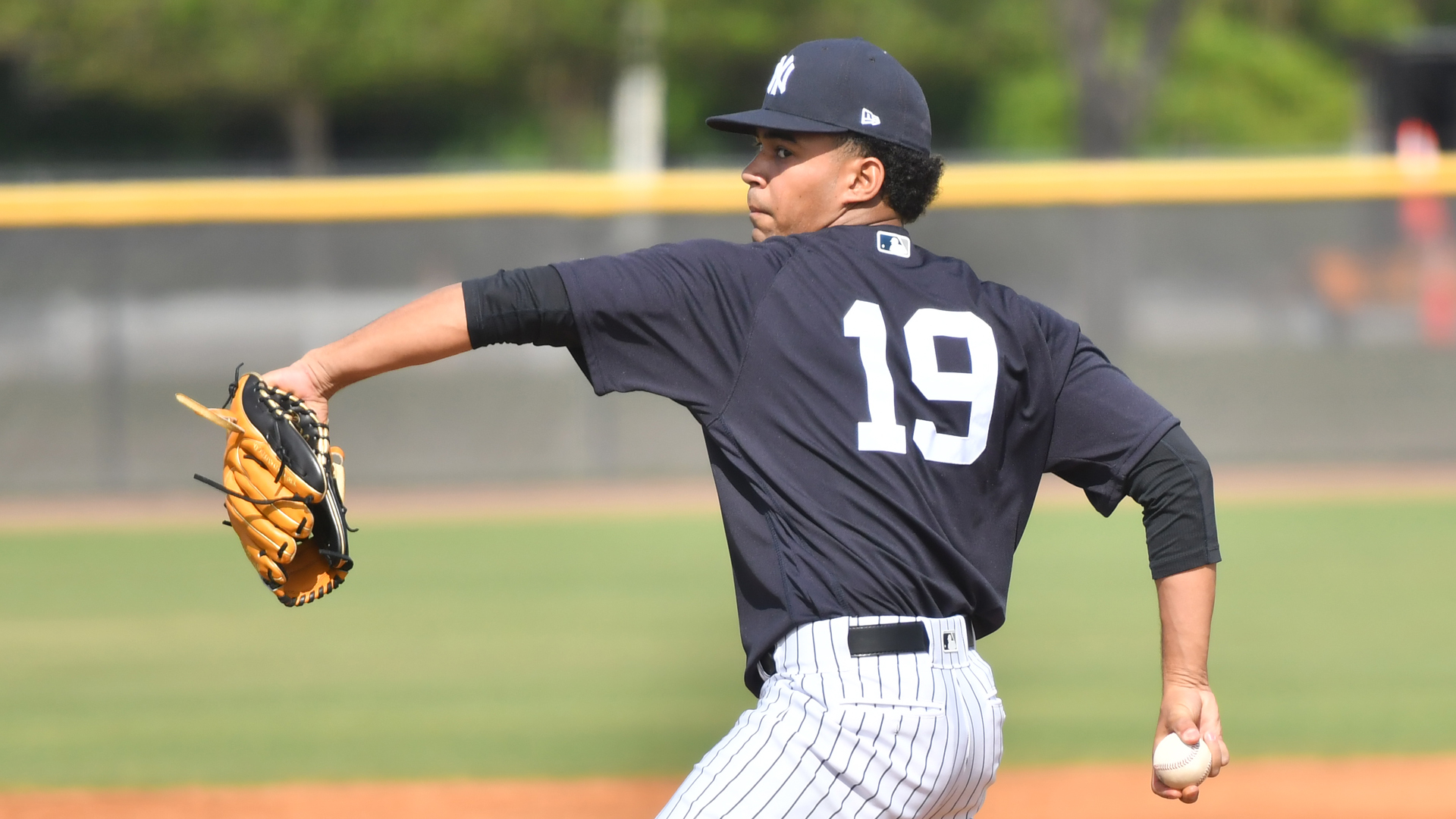 Due to bad weather, five games were played in the Yankees organization on Tuesday with the affiliates combining for a 3-2 record. Scranton Wilkes-Barre hit four home runs in their victory, Tampa rallied to win from five down in the seventh, and Trenton clinched a playoff berth with a dominant performance from the Yankees’ top pitching prospect: 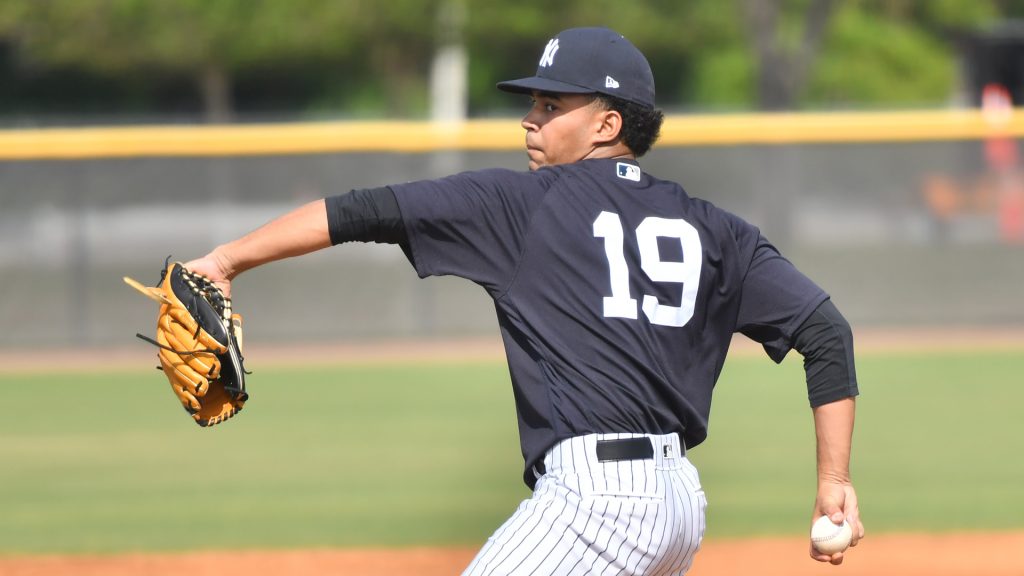 Who is your Pinstriped Performer of the Night for June 18?

Scranton Wilkes-Barre Railriders (Triple-A): The Railriders (40-28) scored five runs in the bottom of the first inning en route to an 8-4 win over the Norfolk Tides.

Kyle Higashioka was 1-for-4 with a solo home run in the first (10). Higashioka has four home runs in June and has homered in three of the last five games.  (Cheryl Pursell)

Trenton Thunder (Double-A): The Thunder (38-27) clinched a spot in the Eastern League playoffs at the end of the season as they concluded the first half with a 6-0 win over the Richmond Flying Squirrels. 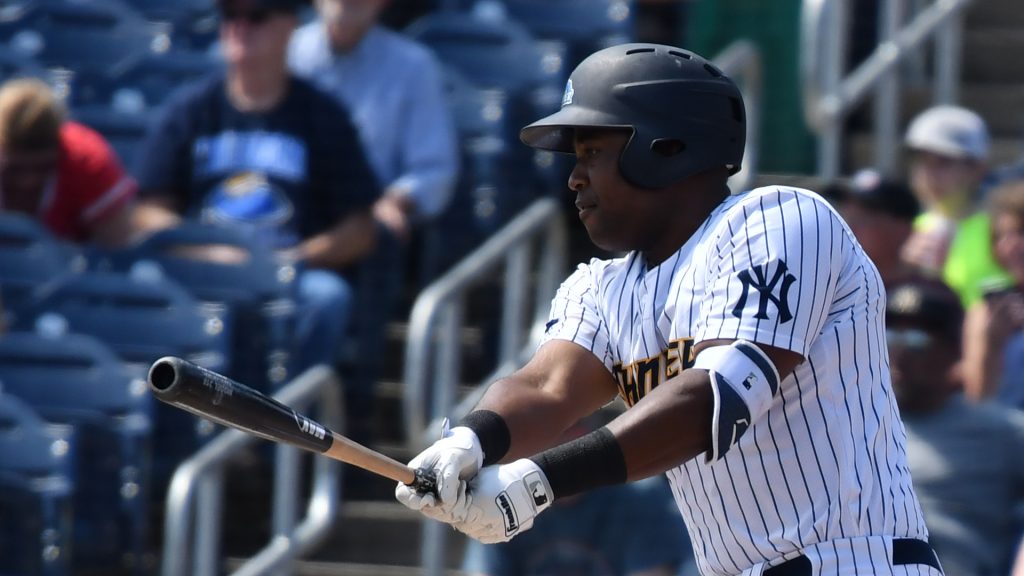 Chris Gittens went 2-for-4 with a double and a pair of RBIs (38,39).  (Robert M. Pimpsner/Pinstriped Prospects)

Deivi Garcia has matched our franchise record with his 15th strikeout in the 6th inning tonight.

Dermis Garcia was 2-for-4 with the go-ahead two-run single in the top of the seventh (47,48). (Mark LoMoglio/ Tampa Tarpons)

Charleston Riverdogs (Single-A): While the Riverdogs had the night off, some of their players took part in the South Atlantic All-Star Game in West Virginia for the South team that lost 6-2 to the North.

Staten Island Yankees (Short-Season): The Yankees (0-3) had their game against the Connecticut Tigers postponed due to inclement weather. They will play a doubleheader on Wednesday with Game 1 beginning at 5 p.m.

Pulaski Yankees (Rookie): The Pulaski Yankees had their season opener against the Johnson City Cardinals postponed due to wet grounds. They will play a doubleheader on Wednesday with Game 1 beginning at 5 p.m.