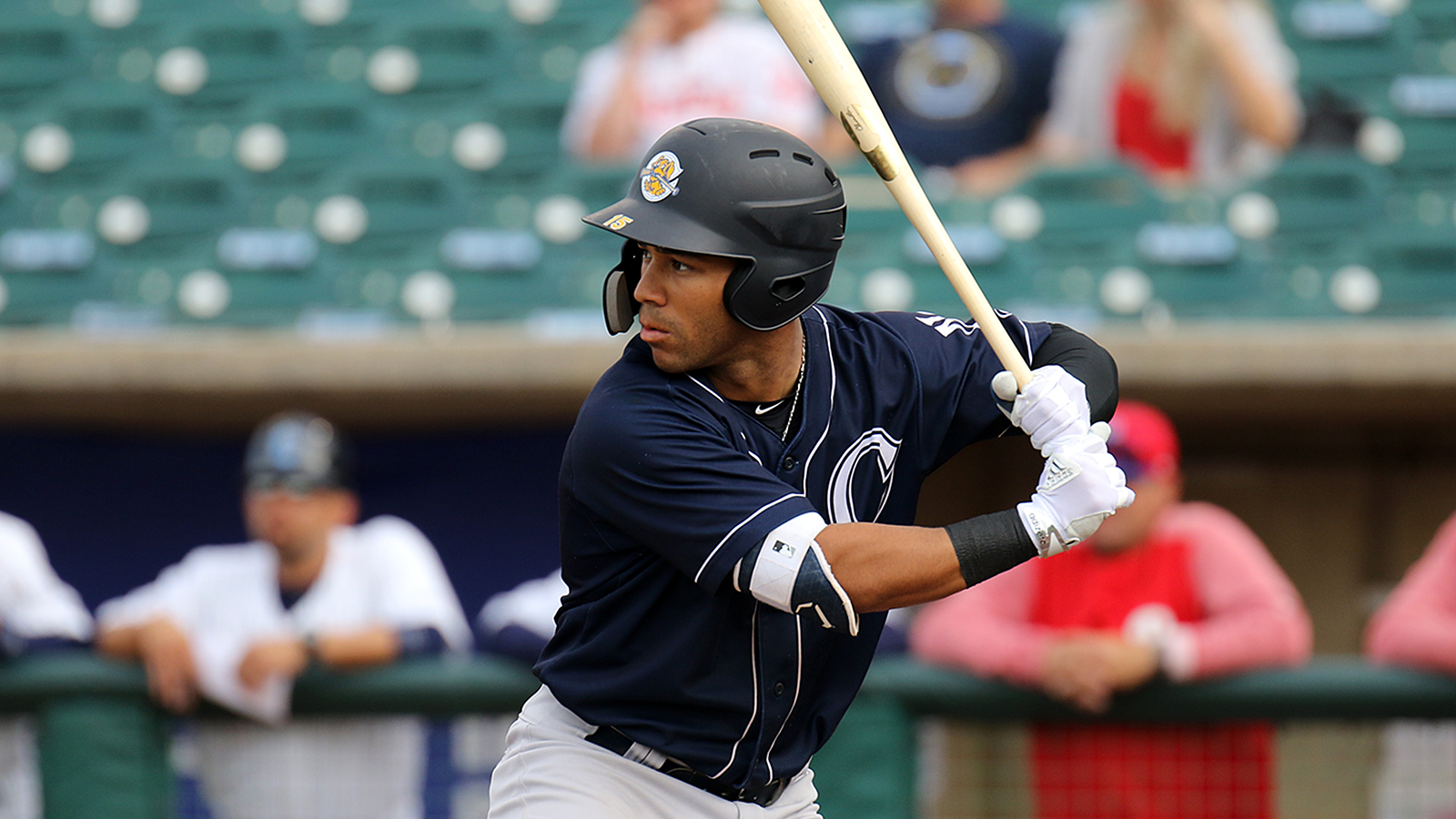 Charleston RiverDogs Dom Thompson-Williams against the Lakewood BlueClaws in Lakewood, NJ on Thursday, May 10, 2018.

Tuesday was a busy day in the New York Yankees organization. There were seven games scheduled, but only six were finished as the Yankees have to wait till tomorrow to resume their game. Out of the six that were played (including two doubleheaders), the teams combined for a 2-4 record. There was a complete game in Tampa, a Trenton starter continued his scoreless streak, and a Charleston outfielder continued his power surge. Check out the rest of the key performances from the night’s action:

New York Yankees (MLB): The Yankees (28-12) had their game against the Washington Nationals suspended with the score tied at three in the bottom of the sixth. They will resume the game Wednesday afternoon at 5:05 p.m ET.

Trenton Thunder (Double-A): The Thunder’s (23-14) comeback fell just short in their 4-3 loss to the Akron Rubberducks.

Charleston Riverdogs (Single-A): The Riverdogs (17-21) lost both games of their doubleheader against the Hagerstown Suns. They lost Game 1, 10-7 and Game 2, 7-4.