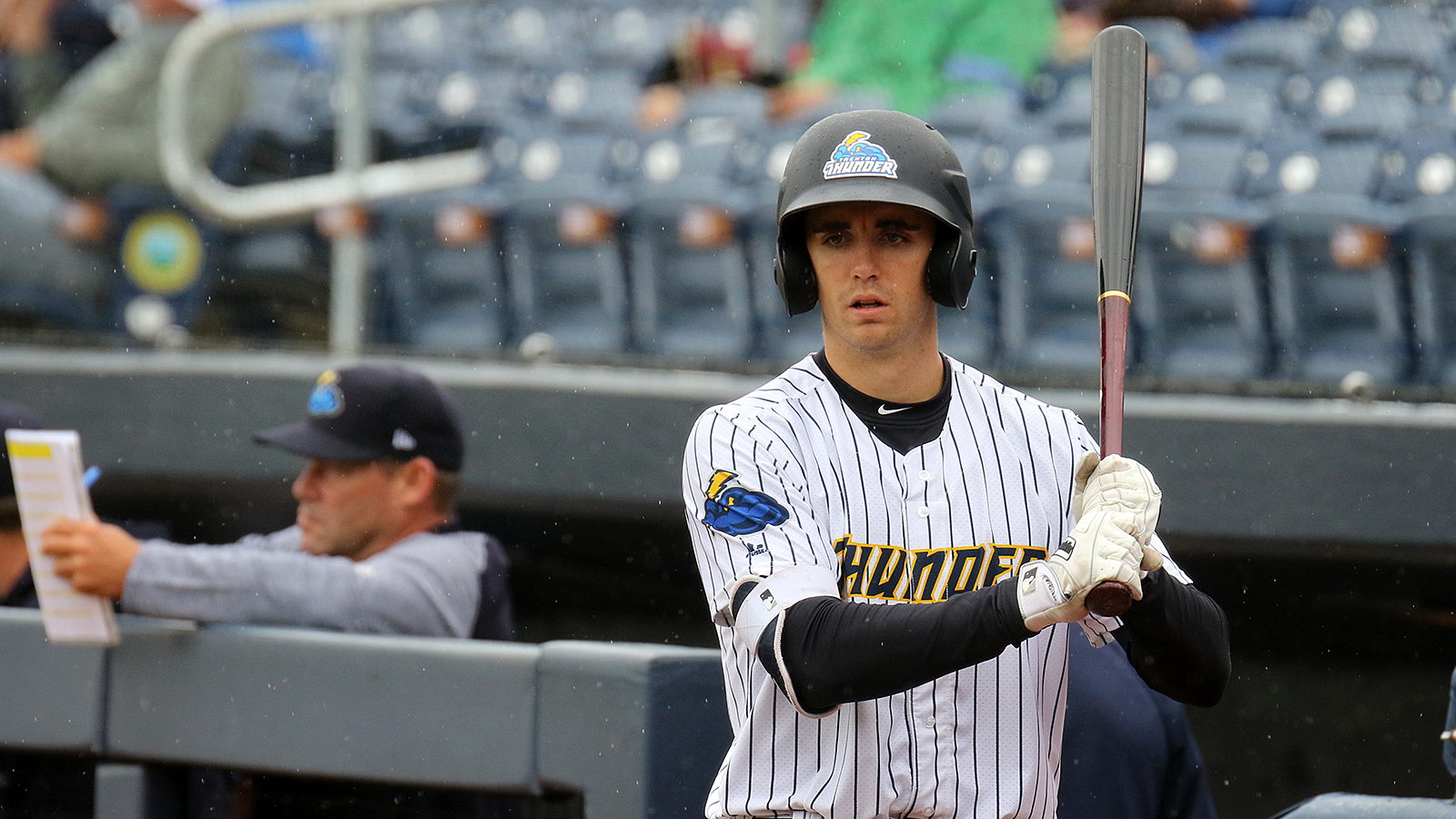 Ben Ruta went 3-for-3 and hit his first home run with the Tarpons in the bottom of the first, a solo shot. (Photo by Martin Griff)

For the second straight night, only one team was able to win in the New York Yankees organization. Charleston had their game postponed, so there were five games played due to a Trenton doubleheader (1-4 record). The lone win in the organization came on a walk-off catcher’s interference. Check out some of the key performances during Tuesday night’s action:

New York Yankees (MLB): The Yankees (31-14) had their three-game win streak snapped due to a 6-4 loss to the Texas Rangers.

Scranton Wilkes-Barre Railriders (Triple-A): The Railriders (19-24) lost to the Pawtucket Red Sox, 7-6. They have now lost five games in a row.

J.P. Feyereisen struck out four batters in two perfect innings out of the bullpen (Matt Bufano)

Trenton Thunder (Double-A): The Thunder (27-17) lost both games of their doubleheader against the Akron Rubberducks. They lost Game 1 by a final score of 4-3 and Game 2, 6-3. 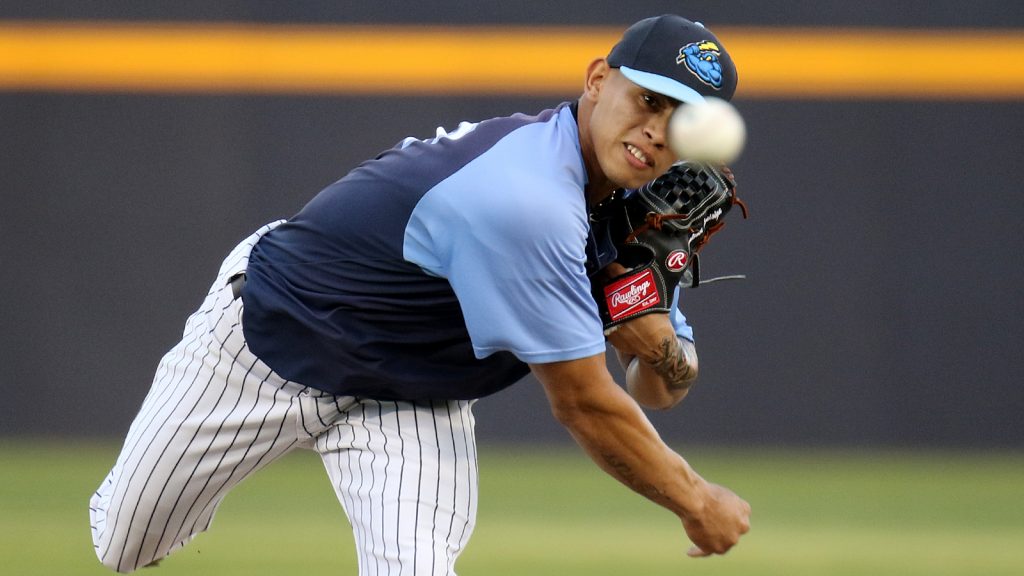 Jonathan Loaisiga made his return to the Trenton rotation on Tuesday. He gave up one run on five hits, struck out two, and walked one in three innings of work. (Photo by Martin Griff)

Brandon Wagner picked up his 20th RBI of the season on a single in the bottom of the fourth. (Mark LoMoglio)

Charleston Riverdogs (Single-A): The Riverdogs (19-24) had their game against the Augusta GreenJackets postponed. They will play a doubleheader tomorrow with Game 1 beginning at 5:05 p.m ET.