Chance Adams allowed one run on two hits, struck out six, and walked one over 6.2 innings in a win for Scranton Wilkes-Barre on Tuesday. (Cheryl Pursell)

With the Riverdogs having the night off on Tuesday, only three Yankees affiliates were in action and all of them ended up being on the winning side. Scranton Wilkes-Barre got a dominant performance from one of their top prospects, Trenton’s offense picked up another win, and Tampa’s starter shut out his opponent. Find out about those players and more in our Pinstriped Performances and vote for your Pinstriped Performer of the Night:

Who is your Pinstriped Performer of the Night from Tuesday? #Yankees #PinstripePride @swbrailriders @TrentonThunder @TampaTarpons

Scranton Wilkes-Barre Railriders (Triple-A): The Railriders (16-12) began their series against the Indianapolis Indians with a 3-1 victory. They have won six games in a row.

Ryan McBroom was 2-for-4 with a solo home run in the bottom of the seventh (7). He is on a nine-game hit streak and has a home run in three of his last six games. (Photo by Martin Griff) 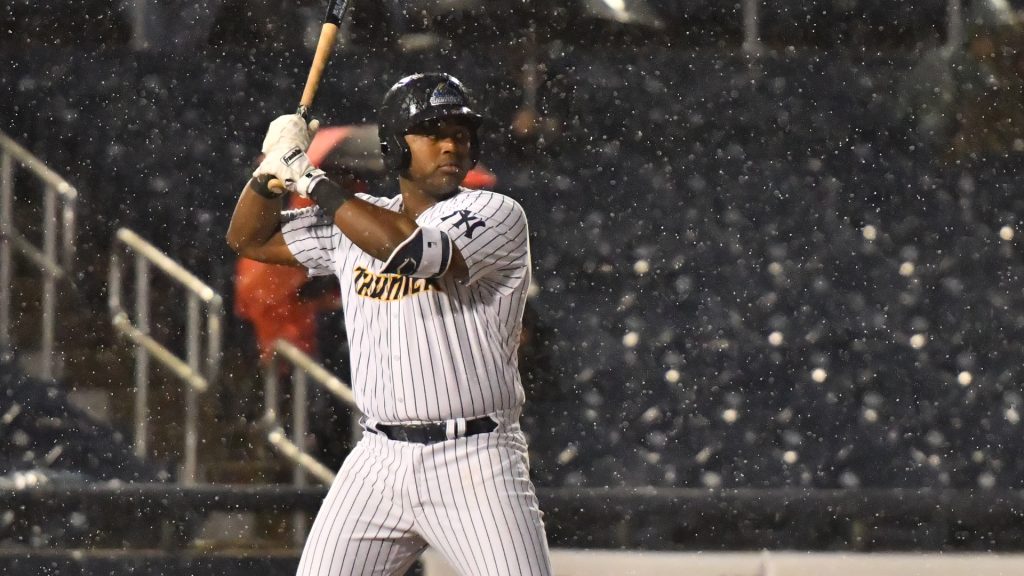 Steven Sensley was 1-for-4 with a two-run home run in the bottom of the eighth (3).  (Credit Mark LoMoglio)