There were seven games played in the New York Yankees organization on Wednesday and those teams combined for a 3-4 record. One pitcher in Charleston continued his unbeaten streak on the mound while a Tampa outfielder extended his hitting streak by another game. Meanwhile, another pitcher in the Gulf Coast League had a strong outing on the mound. Check out who those players were and more in tonight’s Pinstriped Performance:

New York Yankees (MLB): The Yankees (52-26) were unable to complete the sweep of the Philadelphia Phillies as they lost 3-0.

Trenton Thunder (Double-A): The Thunder (44-33) got back on the winning track with an 8-5 victory over the Binghamton Rumble Ponies.

Abiatal Avelino went 4-for-4 with a double and had four runs scored. He is now hitting .350 for Trenton this season. (Photo by Martin Griff)

Tampa Tarpons (Single-A Advanced): The Tarpons (39-37) lost to the Fort Myers Miracle by a final score of 8-5. 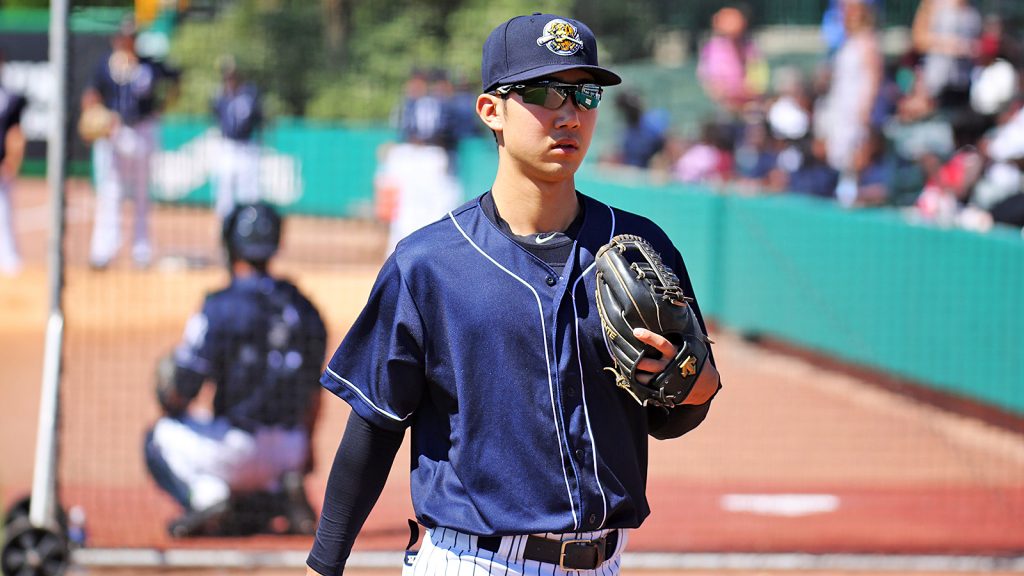 Charleston Riverdogs (Single-A): The Riverdogs (37-36) started off their series against the Rome Braves with a 6-1 win.

Gulf Coast League (Rookie): The GCL East squad had the day off, but the West squad (4-3) defeated the GCL Blue Jays, 6-4.

Dominican Summer League (Rookie): The DSL Yankees (11-11) were held to three hits in a 5-0 loss to the DSL Angels.