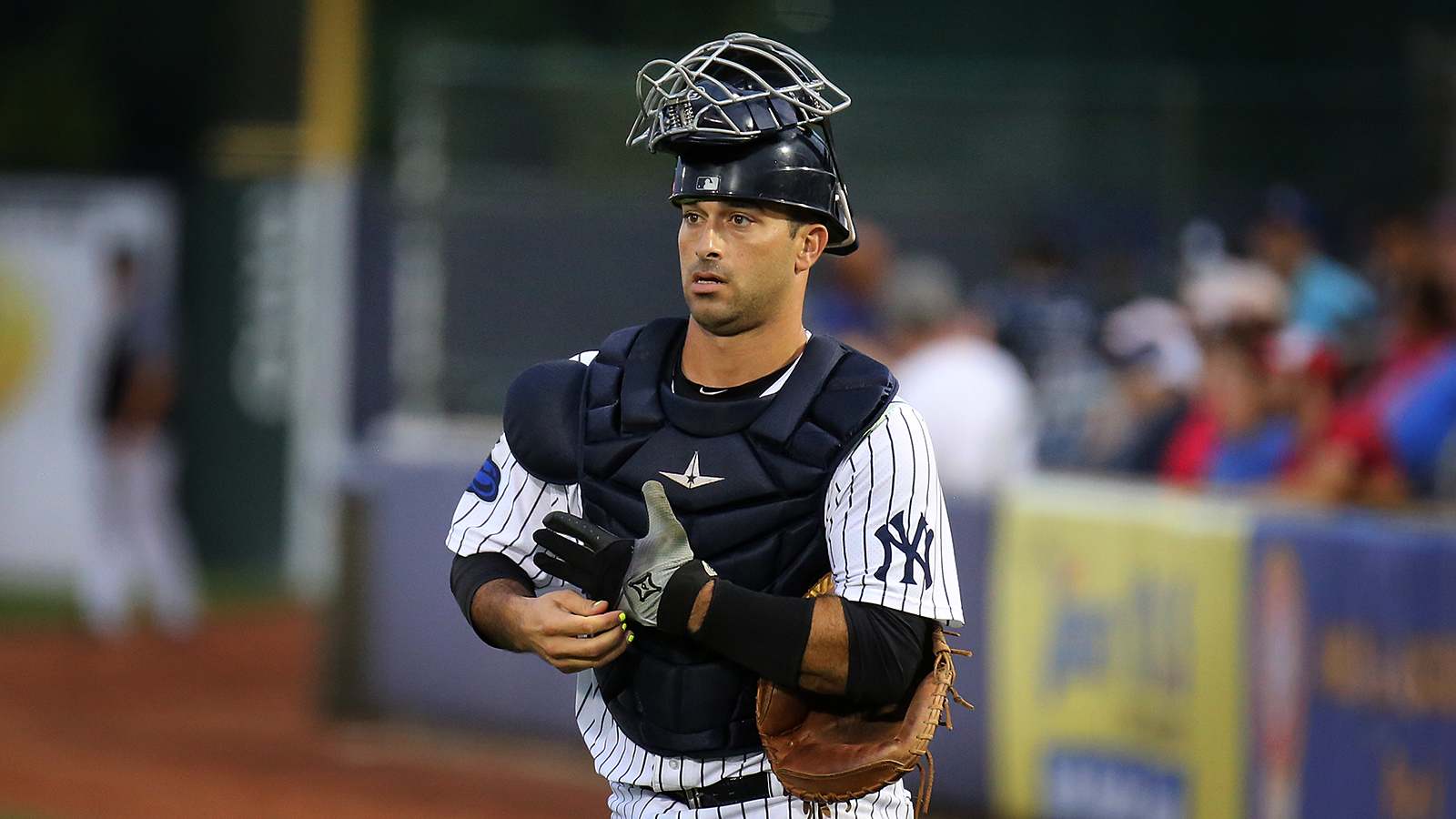 Trenton Thunder’s Jorge Saez during a game against Hartford in Trenton on Tuesday, August 21, 2018. (Photo by Martin Griff) 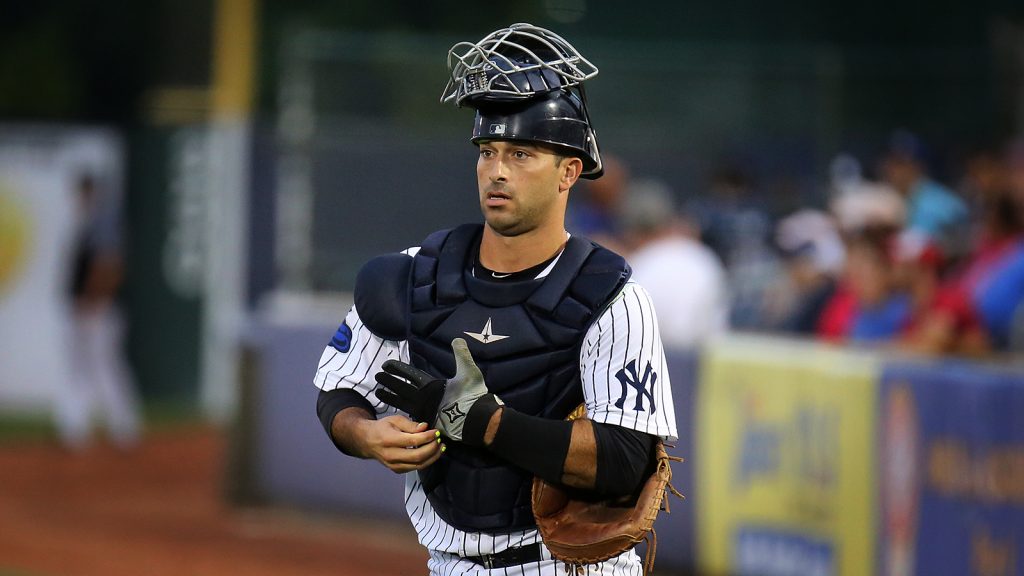 Jorge Saez drove in five runs for the second time this year in Trenton’s win over Richmond on Wednesday. (Photo by Martin Griff)

All four teams in the New York Yankees organization were back in action on Wednesday. Scranton Wilkes-Barre continued their winning ways in dramatic fashion and Trenton was able to finish off a sweep with a shutout. Meanwhile, Tampa did not get much in terms of hits and Charleston got another seven-inning outing from one of their starters. Find out about those players and more in our Pinstriped Performances and vote for your Pinstriped Performer of the Night:

#Yankees fans, who is your Pinstriped Performer of the Night from Wednesday? #PinstripePride

Scranton Wilkes-Barre Railriders (Triple-A): The Railriders (17-12) defeated the Indianapolis Indians in walk-off fashion, 5-4. They have now won seven games in a row. 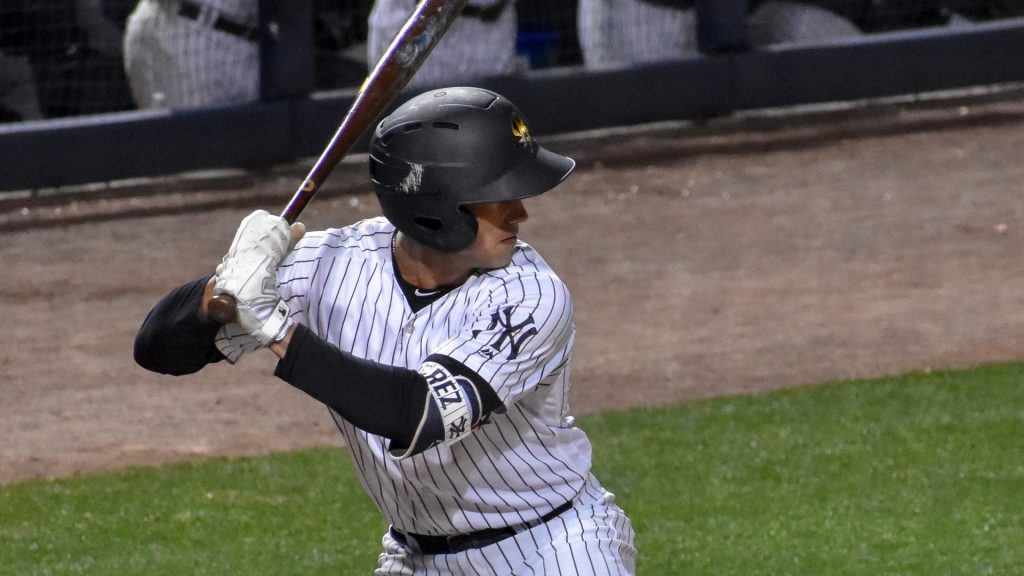 Mandy Alvarez went 3-for-5 and had a walk-off single in the bottom of the ninth (14). He’s had three hits in back-to-back games. (Matt Bufano)

Trenton Thunder (Double-A): The Thunder (19-10) completed a three-game sweep of the Richmond Flying Squirrels with a 10-0 win. 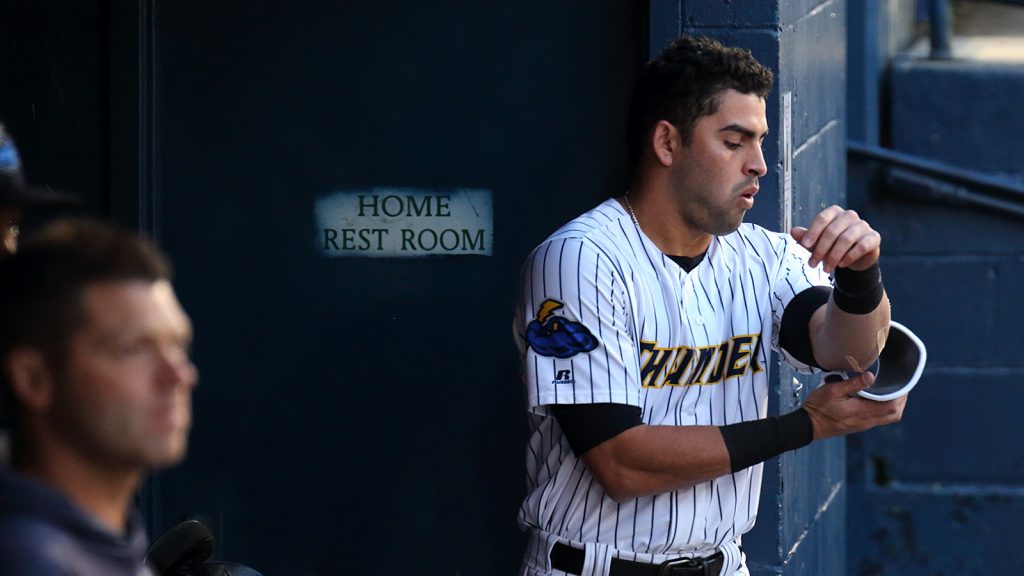 Angel Aguilar went 3-for-5 with a pair of RBI singles (10,11). He’s on a four-game hitting streak and had four RBIs in the series. (Photo by Martin Griff)

Steven Sensley was 1-for-2 with a walk and had the only hit of the night with a single in the bottom of the fourth. (Credit Mark LoMoglio)

Charleston Riverdogs (Single-A): The Riverdogs (18-14) began their series against the Columbia Fireflies with a 7-1 win.

Jio Orozco (3-2) had a strong outing as he picked up the win. He allowed one run on four hits and struck out eight over seven innings. 57 of his 84 pitches were for strikes. The eight K’s were the most he’s had in a start since June 4, 2017 when he was with Charleston and he’s gone seven innings in back-to-back starts. (Martin Griff)