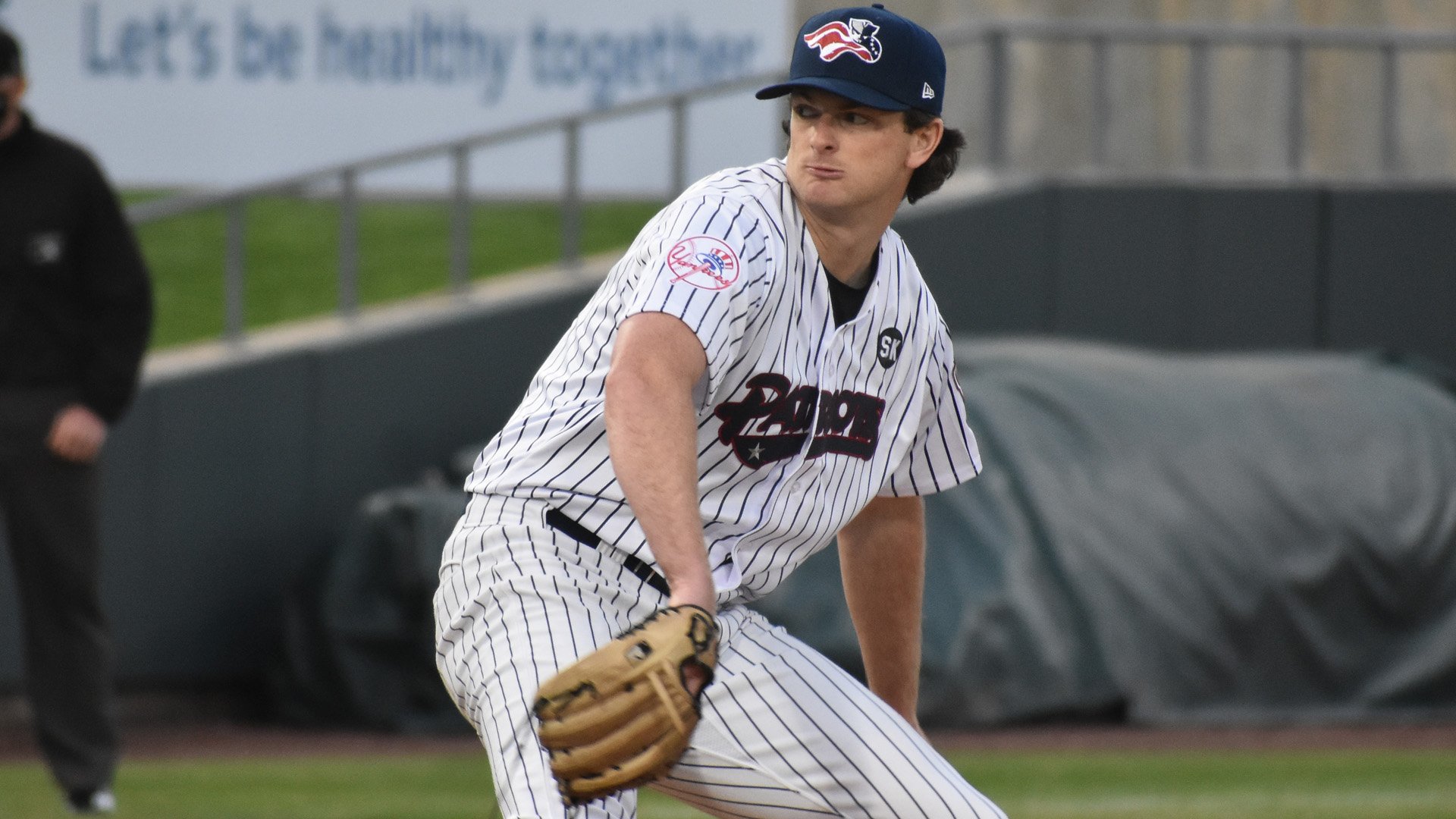 The four New York Yankees affiliates are back in action tonight with the three highest affiliates playing their series on the road. When you look at this week, all four affiliates are playing teams that are either at .500 or below in terms of winning percentage. Check out the pitching matchups and hitters to watch on the opposition with tonight’s Pinstriped Previews:

The RailRiders are coming off winning four of six games against the Lehigh Valley IronPigs and look to continue the road success they had against the Syracuse Mets in the opening series (5-1 record). Tonight, they send Brody Koerner to the mound to try to take the opening game.

Over Koerner’s first two starts, he has allowed one run on four hits, walked four, and struck out six over 7.2 innings. That run came in his last start on May 12 against Lehigh Valley when he threw 59 pitches (38 strikes) in 3.1 innings of work. Even though Koerner allowed an RBI double to former Yankee Ronald Torreyes in the top of the first, the right-hander retired eight of the final ten hitters he faced.

Koerner will go up against Ben Braymer for the Red Wings, who are now a Washington Nationals affiliate (used to be Twins). Braymer is a 27-year-old left-hander who was selected in the 18th Round of the 2016 MLB Draft by the Nats.

It has been a rough start to the season for Braymer. In his last start against Buffalo on May 12, he allowed five runs on three hits, walked four (hit a batter) and struck out four over 2.2 innings of work. 35 of his 70 pitches went for strikes. In the first two games of the season, Braymer has the same amount of walks as strikeouts (7) in 7.2 innings.

As a team, Rochester has nine home runs on the season and three of them have come from one of the Nationals’ top position prospects, shortstop Luis Garcia (.205, 3 HR, 9 RBIs). In addition to Garcia’s success, third baseman Jake Noll leads the team in hits with (11). With that being said, as a team, the Red Wings have the second lowest batting average in the Triple-A East at .202 and the third fewest hits (79).

The Patriots did not have the start to the road trip that they wanted after losing four of six games to the New Hampshire FisherCats. They hope to have better success this week as they head down from New Hampshire to Connecticut to take on the Yard Goats.

They will hand the ball to Matt Krook in the first game of this series and Krook has been one of the better pitchers on the staff in terms of his command. Over his first two starts, he has just one walk to go with nine strikeouts in 7.1 innings.

On May 12, the 26-year-old southpaw allowed two runs on four hits and struck out six over 4.2 innings in a no-decision. He was very efficient as 43 of his 57 pitches were for strikes. He only allowed one hit in the first four innings before allowing three of the five hitters he faced in the fifth.

Somerset will catch somewhat of a break this week as the Rockies’ top pitching prospect, Ryan Rollison, was promoted to Triple-A Albuquerque on Monday. The Yard Goats will open the series with 25-year-old right-hander, Will Gaddis. Gaddis was the Rockies’ 3rd Round pick back in 2017.

Gaddis is in his first season in Double-A and is off to a rough start. Over 5.1 innings, he has allowed 11 runs (9 earned) on 11 hits, allowed three home runs, walked five, and struck out three.

As a pitching staff, the Yard Goats have the third-highest ERA in the Double-A Northeast (5.55) despite having the second-fewest walks in the league with 34 (Somerset has 33).

At the plate, Hartford has the most doubles in the league with 27 and they are fifth in slugging percentage (.401). A hitter to watch is Coco Montes. The 15th Round pick of the Rockies back in 2018 is hitting .293 with seven doubles and five RBIs. Their lineup has two hitters with three home runs in first baseman Elehuris Montero (.302, 3 HR, 15 RBIs) and shortstop Taylor Snyder (.179, 3 HR, 7 RBIs). 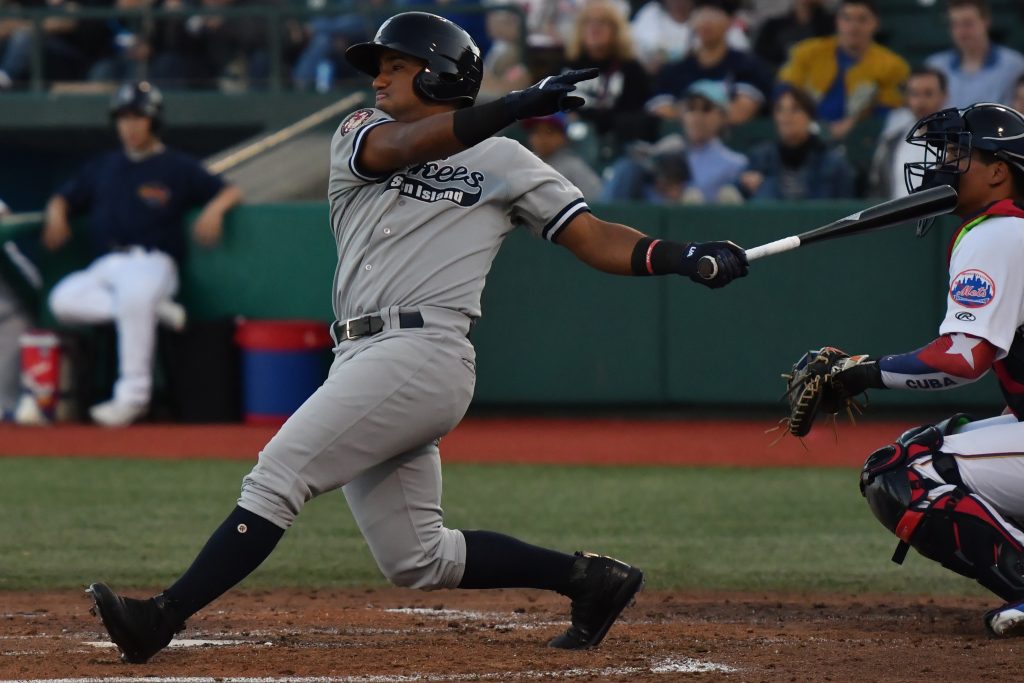 It is no longer the battle of the boroughs in Brooklyn, but whenever a Yankees affiliate comes to MCU Park, there is still some sort of rivalry. That will be the case when Hudson Valley visits Brooklyn tonight. The Renegades have picked up a split in each of their first two series of the season.

The Renegades do not have a starter listed for this game. However, if they go on turn, look for RHP Hayden Wesneski to get the start in the opener. While Ken Waldichuk and Luis Medina have been the headliners in the rotation, Wesneski’s success should not be overlooked.

In his first two starts of the season, Wesneski has gone a total of nine innings, allowed two runs on two hits, walked four batters, and struck out 11 while holding Jersey Shore and Aberdeen hitters to a .074 batting average.

Back on May 12, Wesneski did struggle with his control a little bit against the Ironbirds. While he allowed only one run on one hit and struck out three over four innings, he also walked four batters and his pitch count went up to 69 pitches (36 strikes).

Brooklyn’s starter will be RHP Jose Butto. The 23-year-old right-hander was signed as an international free agent out of Venezuela in 2017. To start the season, Butto is 0-1 with a 5.87 ERA in two starts. He has allowed five runs on five hits, walked six batters, and struck out 11 over 7.2 innings. He has held hitters to a .185 batting average, but the walks are somewhat of a concern.

On May 12 against Greenville, Butto went four innings, allowed one run on two hits, walked three, and struck out six on 78 pitches (47 strikes). He faced the Low-A Yankees affiliate in Charleston three times in 2019. He went 1-1 and allowed two earned runs (one home run) in 11.1 innings while striking out 14 and walking four.

According to MLB Pipeline, Butto is the 17th ranked prospect in the Mets farm system. His fastball can average out at about 93 miles-per-hour, but he also has a two-seam fastball, a changeup, and curveball.

With Oswald Peraza having five home runs in the last five games, one stat to keep in mind courtesy of the Cyclones is Brooklyn has allowed 16 home runs (tied for third in the High-A East) and they have a team ERA of 6.07 (highest in the league). At the plate, they are second in the league in hits (one ahead of Hudson Valley) and they have a league-leading 23 doubles.

The headline prospect for Brooklyn is shortstop Ronny Mauricio (.341, 4 home runs, 12 RBI, 3 stolen bases), so the battle of shortstops will be fun to watch. However, don’t sleep on Renegades’ second baseman Ezequiel Duran (.292, 4 RBIs), who went 5-for-9 In the last two games against Aberdeen. 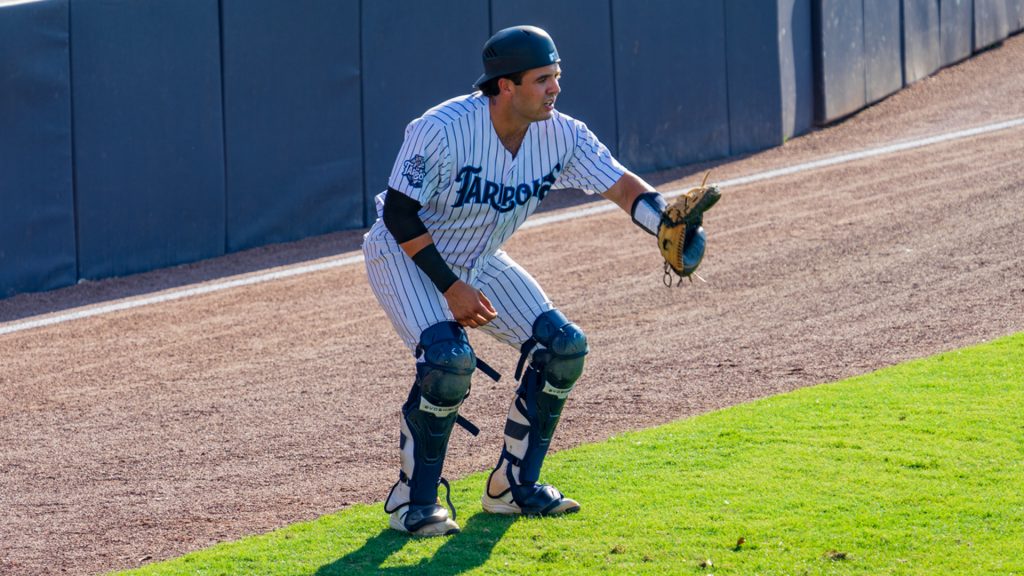 After nearly being no-hit on Sunday, the Tarpons rallied to win the series finale and take four out of six games from the Lakeland Flying Tigers. They are back home for the second time in three series. Two weeks ago, they went 5-1 in their home opening series against Dunedin.

While no starter is listed for the Tarpons, keep an eye on Jhonatan Munoz possibly getting the start in this game. Munoz would be on turn for this game after starting on May 13 against Lakeland. In that game, he went 2.2 innings, allowed one run on five hits and struck out two on 46 pitches (32 strikes).  In Munoz’s first two starts, he has allowed six runs on nine hits in four innings of work.

As for Fort Myers, they are scheduled to go with right-hander Regi Grace for the series opener. Grace was selected in the 10th Round back in 2018 by the Twins and pitched in the Gulf Coast League in each of his first two professional seasons.

After a good first start to the season, Grace struggled on May 12 against Clearwater. In 2.1 innings of work, he allowed five runs on five hits (two home runs), walked a batter, and struck out one on 57 pitches (33 strikes).

As a pitching staff, the Mighty Museels have a team ERA of 5.06 (Tampa’s is at 5.43), so expect a good amount of runs to potentially be scored in this series. Their staff does a good job of limiting free passes for Low-A as they have the third-fewest walks in the Low-A Southeast division (56).

On offense, the Mussels have the fewest hits (79) and the lowest batting average (.205). However, they are one of five teams with double-digit home runs (10). Shortstop Keoni Cavaco, one of the Twins’ top position player prospects, leads the team in hits with 13 (.277, 1 HR, 6 RBIs) and third baseman Yunior Severino leads the team in RBIs (8) despite being 1-for-15 in his last four games.

On the Tarpons, Austin Wells has five RBIs in his last three games, so he would be a hitter to keep an eye on as Tampa looks to get back to the crazy run totals they were putting up against Dunedin.