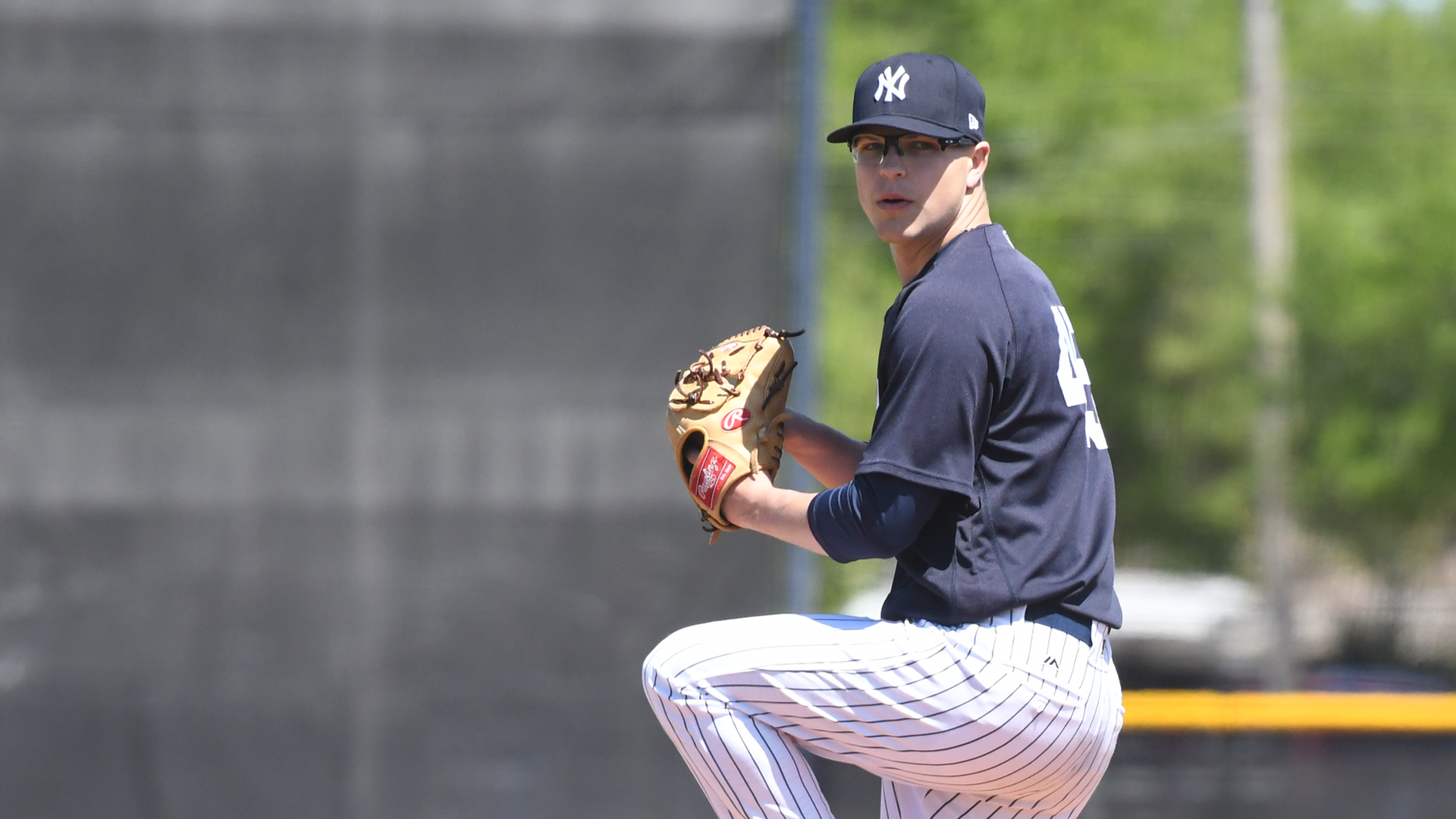 Right-hander Nick Green makes his season debut today in his first start for the Scranton/Wilkes-Barre RailRiders. Green appeared in 18 games, 16 starts during the 2019 season. That season he worked to a 3-6 record with a 6.67 ERA and 63 strikeouts over 82 1/3 innings of work. Green pitched 13 1/3 innings in spring training with the Arizona Diamondbacks after being taken in the MLB-phase of the Rule 5 draft in 2018. He will be looking to turn around some misfortune that the Scranton pitching has had so far this season; the team’s pitching staff has a combined 6.93 ERA, which is 16th out of the 20 Triple-A East teams.

While the RailRiders pitching has struggled in the first few games, the offense has been exciting. Scranton is third in the Triple-A East league in batting average, second in RBIs and runs, as well as and tied for first in home runs. Miguel Andujar leads the team with three home runs, followed by Trey Amburgey, who has two, as well as Socrates Brito, and the rehabbing Luke Voit, who each have a home run. Andujar went 4-for-5 with two home runs in last night’s win over Syracuse. That offensive explosion moved him to the top of several offensive categories for the Yankees AAA affiliate.

Somerset will be sending Janson Junk to the mound for his first start of the 2021 season. The right-handed pitcher has been a bit of an under-the-radar pitcher since being drafted in the 22nd round in 2017. His pitching repertoire is far from what you think with his name. Junk has a lean frame standing at 6’1 and weighing 177 pounds. The 25-year-old possesses a fastball that tops out at 99 mph along with a curveball, slider, and changeup.

The Patriots are coming off of their first loss of the season, and the pitching staff has been a big bright spot so far this season. With a combined 2.00 ERA, the Somerset hurlers are tied for second in the Northeast League. Through the first three games of the season, they have allowed just 10 hits, the least in the league.

Offensively, the Yankees Double-A affiliate is in the middle of the back, but there have been several players who are turning heads early on. The focus is on Estevan Florial, who is getting his first extended chance to play in the upper levels of the minors, but it has been Diego Castillo who has stood out at the plate and the field during the first few games. Castillo made a fantastic bare-handed play at third base last night and led the Somerset Patriots with five hits over his three games.

They will be facing off against right-hander Sterling Sharp. The right-hander is getting his first start of the season after appearing in four games for the Miami Marlins last season. He allowed seven runs over 5 1/3 innings for Miami.  He last pitched in Double-A in 2019. Overall he has an 11-6 record with a 4.18 ERA over 22 games with Harrisburgh.

Right-handed pitcher Jhony Brito is today’s starter for the Hudson Valley Renegades. He has been with the Yankees since signing as an international free agent in 2015. However, due to injuries and missing a year after undergoing Tommy John surgery, he has thrown just 163 1/3 innings, Brito is a three-pitch pitcher with a fastball that usually sits in the low-90s, changeup that is in the mid-80s, and a curveball that is in the high-70s to low-80s. He has a thin frame and uses a 3/4 arm slot delivery.

Hudson Valley’s lineup is filled with some of the top prospects in the Yankees organization but has been underwhelming so far this season. As a team, they are hitting just .213/.353/.362 with 10 combined RBIs.

They will be facing off against left-hander Jhordany Mezquita who is returning to Lakewood this season. In 2019 he worked to a 4-7 record with a 3.97 ERA and 92 strikeouts over 95 1/3 innings of work.

Ryan Anderson will take the mound as the starter for the Tampa Tarpons in tonight’s game. The left-hander was the 12th round pick in the 2019 draft and spent his first season with the Rookie-level Pulaski Yankees, where he went 0-1 with a 4.78 ERA and 43 strikeouts over 32 innings.

There is not a single team in the Yankees organization with more hits during the first three games of the season. In fact, the Tampa Tarpons are second in all of Minor League baseball with 40 combined hits, sitting one hit behind the Low-A East’s Lynchburg Hillcats. They are tied for first in the minors in home runs with the Double-A Tulsa Drillers. The two offensive categories they do lead MiLB are RBIs with 38 and walks with 28.

The Yankees 2020 third-round pick Trevor Hauver is currently the minor league’s home run leader with four homers in three games. He is also the Tarpons and Southeast League leader in hits, RBIs, and walks while also being tied with his teammate Jake Sanford for first in the league in hits with eight. Sanford has a fantastic start that has been overshadowed by his teammate’s blowout success. Sanford is 8-for-15 with four RBIs.