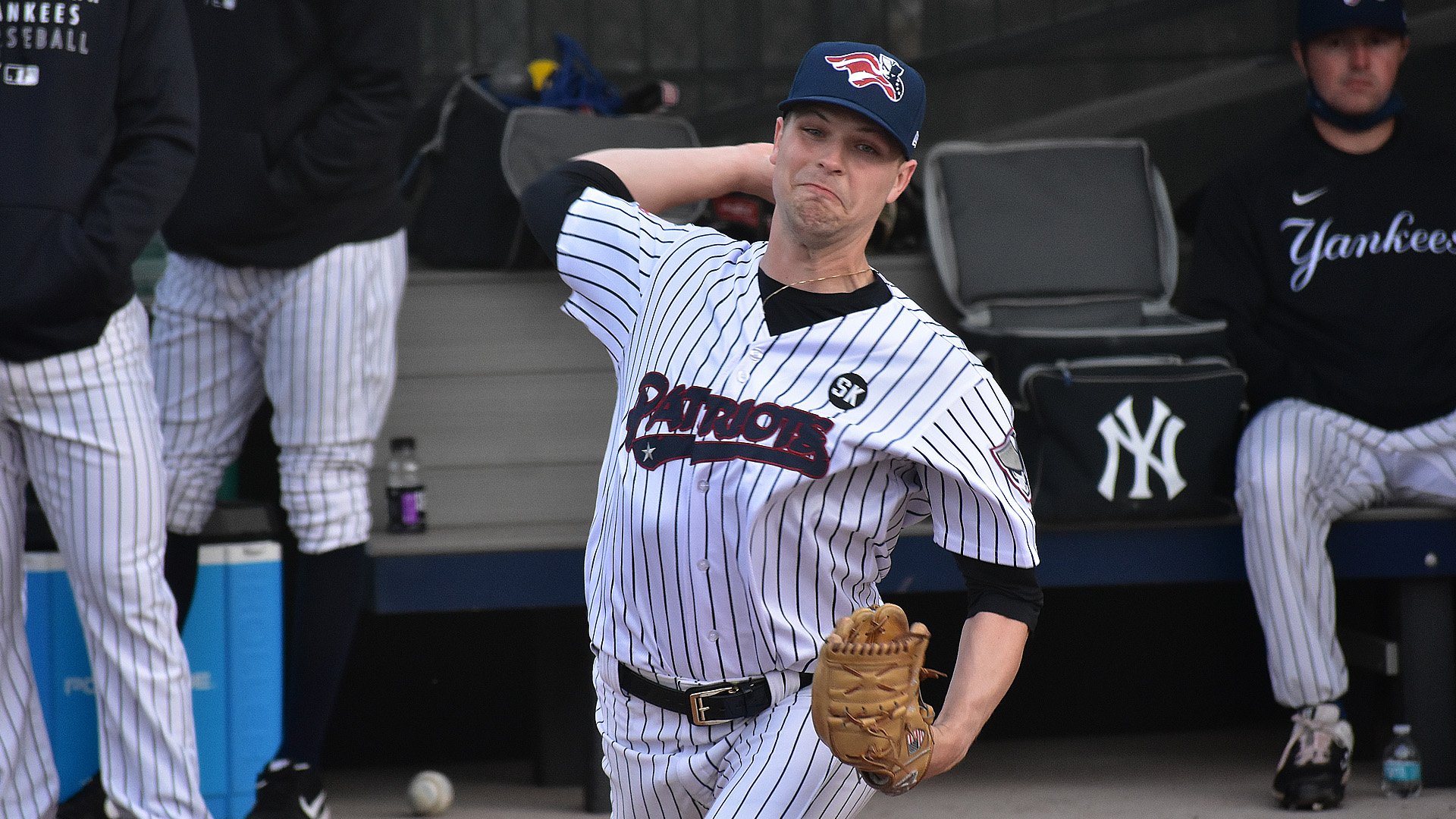 It is a unique week on the calendar for the New York Yankees’ minor league affiliates. With Tampa technically the road team in their home stadium this week, all four teams are hosting a series to wrap up the month of May. Read about that game and all of the action tonight in the Yankees minor league system with our Pinstriped Previews: 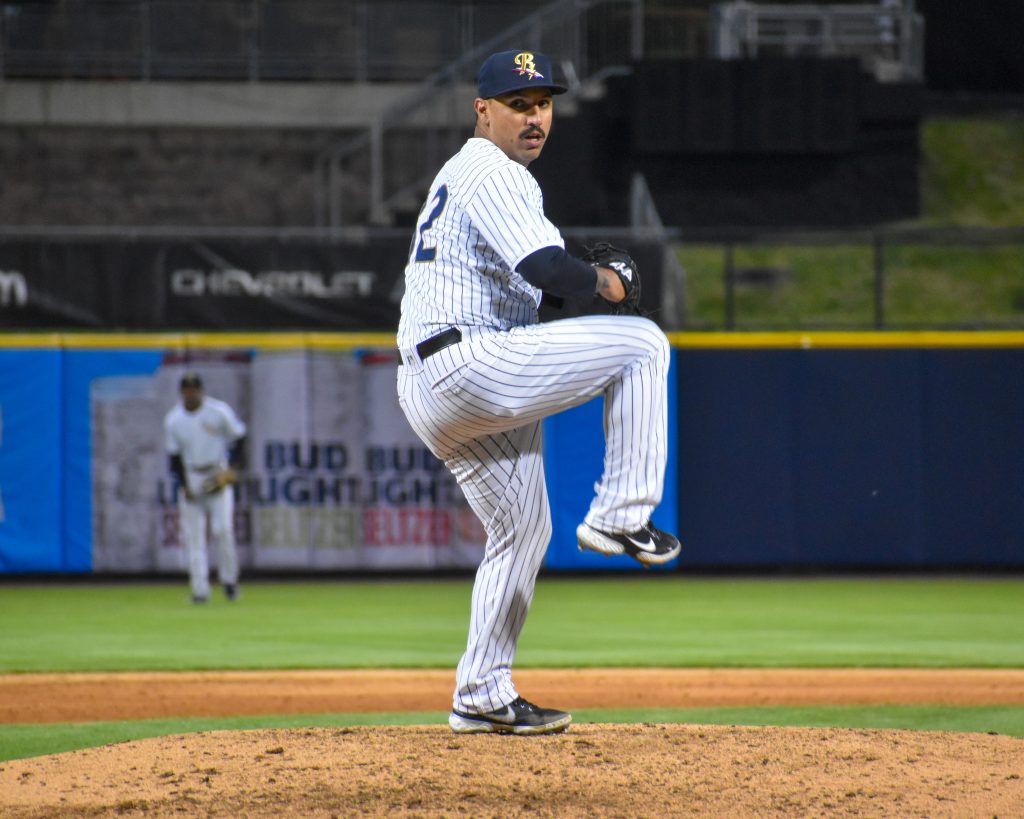 While the New York Yankees and Toronto Blue Jays square off in the Bronx, their two Triple-A affiliates will square off against each other in this six-game series. Coming into this series, the RailRiders lead three teams by two games in the Triple-A East and Buffalo is one of those teams.

The RailRiders will go with Nestor Cortes Jr. for the series opener. The 26-year-old left-hander has appeared in four games this season, but this will be his first start of the year. So far, he has a 1.64 ERA and has 15 strikeouts to 4 walks in 11 innings of work with opponents hitting a mere .108 against him.

Cortes Jr. last appeared in a game on May 20 against Rochester. He went 2.1 innings, allowed two runs on two hits and struck out two on 29 pitches (20 strikes) as he ended up taking the loss. He gave up a walk-off, two-run home to Luis Garcia in the bottom of the ninth.

The RailRiders were supposed to go up against the Blue Jays top pitching prospect in 23-year-old right-hander Alek Manoah, but the news broke on Monday night that Manoah is heading to the Bronx to start for the Blue Jays on Wednesday against the Yankees:

The Bisons staff has allowed only 59 runs in 18 games this year. They have the lowest ERA in the Triple-A East (2.77) and the second-most strikeouts (199).

At the plate, Buffalo has the best average in the league (.269) and the most hits (160) despite not having a player that has 20 or more hits on the roster. The offense should be good in this series when you consider the RailRiders are tied for the second-most home runs in the division (27). 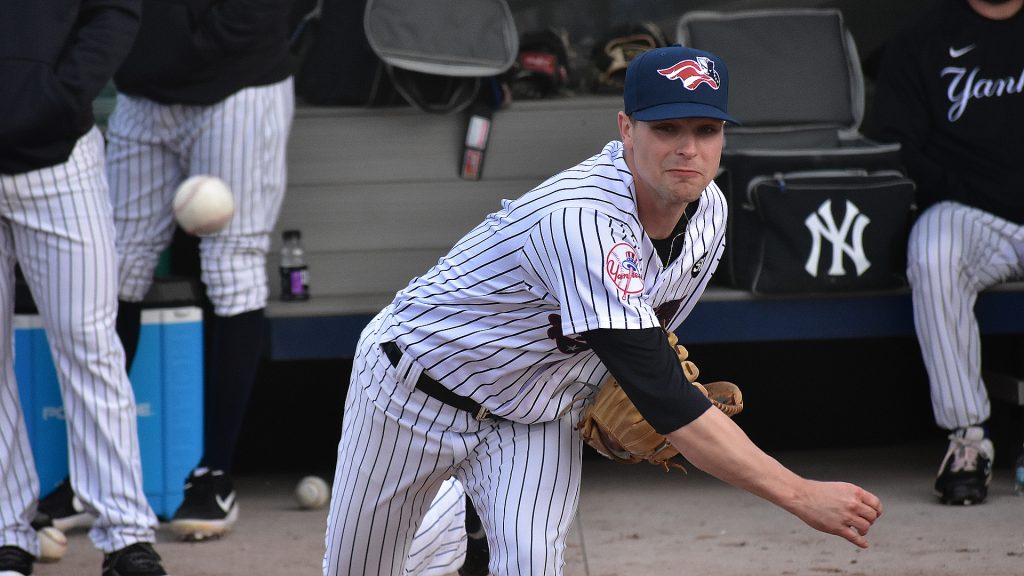 The Patriots will send Janson Junk to the mound to begin the series. The 25-year-old right-hander is off to a good start to the season as he has 15 strikeouts to 5 walks in 11 innings of work (.154 opponents batting average). According to MILB.com, he is throwing a strike 61.4% of the time and he has yet to allow a home run this season.

That start on May 13 came ahainst the pitcher he is facing tonight. Johnston had more walks (3) than strikeouts (2) in that game. However, he allowed only four hits over five scoreless innings (41 of 76 pitches were for strikes). In three starts, Johnston has allowed five extra-base hits (one home run), but opponents are hitting .314.

Johnston’s last start came on May 19 against Portland and he picked up a no-decision. He allowed four hits, walked two batters, and struck out three over 5.1 scoreless innings (43 of 68 pitches). Johnston hasn’t allowed a run in back-to-back starts.

After Somerset’s offensive surge against Hartford (50 runs in 6 games), they are nearly even with New Hampshire in runs scored and the Patriots are tied for second in the Double-A Northeast in home runs (23). Dermis Garcia will try to add to that total as he has hit six home runs during his current 10-game hit streak.

Despite that power surge, it was outfielder Michael Beltre that was named the Double-A Northeast Player of the Week. Beltre is hitting .300 in the first 16 games of the season and is currently on a six-game hit streak. In that span, he is 13-for-30 with 12 runs scored, two doubles, two triples, a home run, and seven RBIs. 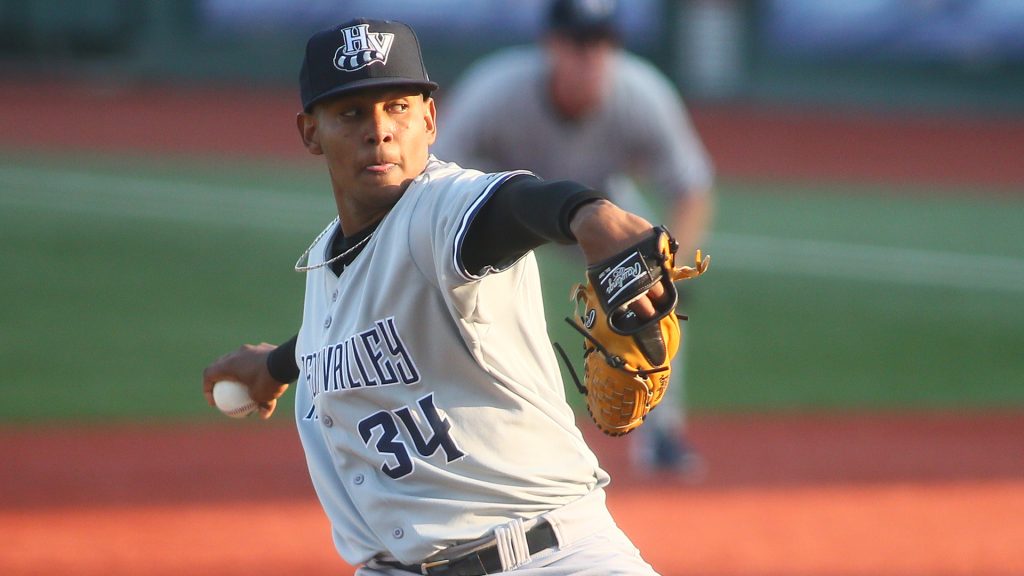 The BlueClaws will send Mezquita to the mound, Mezquita was an 8th Round pick in the MLB Draft by the Phillies in 2017. This season, the 23-year-old southpaw has made three appearances (two starts) and has 14 strikeouts to seven walks in eight innings of work.

Mezquita’s last appearance came out of the bullpen on May 19 in Winston Salem. He walked two batters and struck out six over three hitless innings in a win. 31 of his 51 pitches were for strikes. Before that game, he started against against Wilmington on May 13 and took the loss. He allowed one run on three hits, walked three, and struck out four over two innings (34 of 59 pitches were for strikes).

Hudson Valley has yet to list a starter for the series opener. If they stay on turn, the start would go to RHP Jhony Brito. Brito started off his last start against Brooklyn on May 19 on a good note, striking out four of the first six hitters he faced. However, he ended up taking the loss.

Brito went 4.2 innings, allowed three runs on seven hits, walked a batter, and struck out five on 68 pitches (48 strikes). The 23-year-old had his best start of the young season in his first one on May 7 against Jersey Shore. He allowed one hit and struck out two over five scoreless innings in a no-decision (43 of 57 pitches for strikes).

This series has the potential to feature a lot of strikeouts. The Renegades lead the High-A East in K’s (223), but Jersey shore is not that far behind in fourth (201). However, Hudson Valley’s pitchers have allowed the second-fewest hits in the entire division (106).

One player to watch in this series for Hudson Valley is Josh Breaux. While the catcher is hitting just .156 in 64 at-bats this year, his best series of the season came in Jersey Shore. During those five games he played, he drove in six runs and hit a pair of home runs while having at least one hit in four of them. 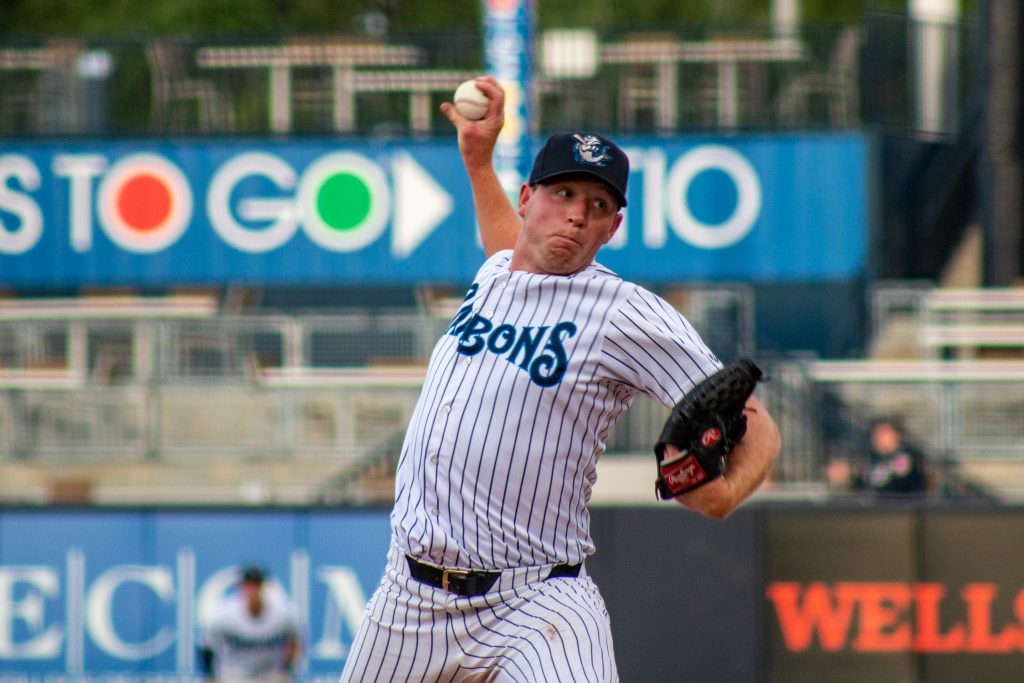 Due to the Toronto Blue Jays having to play home games in Dunedin, these two teams will play in Tampa this week with Dunedin being the home team. This includes a doubleheader that will take place on Wednesday.

Tampa won five of the six games they played last week against Fort Myers and they scored 58 runs in those games. That offensive output is outstanding, but it pales in comparison to what they had in the opening series against Dunedin two weeks ago (78 runs).

To begin the series, the Tarpons will go with Matt Sauer as their starter and he will be facing Dunedin for the third time this season. In the previous two starts, he went a combined seven innings, allowed four runs (all on May 9) on six hits, walked five, and struck out 11.

While Sauer has walked nine batters in the last two games, the 22-year-old was able to avoid having walks hurt him on May 19 against Fort Myers. He allowed one run on three hits, walked four, and struck out four over four innings (40 of 68 pitches were for strikes).

The Blue Jays will go with Naswell Paulino in the series opener. The 21-year-old left-hander has 11 walks and 13 strikeouts over his first three starts of the season and opponents are hitting .340 against him.

Paulino had his best start of the season last time out against Clearwater on May 18. He went 4.1 innings, allowed two runs on five hits, walked four, and struck out four on 96 pitches (57 strikes).

Back on May 6, Paulino faced Tampa in his first start of the season and struggled. He allowed six runs on nine hits, walked two batters, and struck out five over three innings of work in a loss (45 of 79 pitches were strikes). He allowed one home run to Trevor Hauver in that start.

If there was one hitter who is probably happy to see Dunedin pitching, it is Hauver. The 3rd Round pick in the 2020 MLB Draft hit six home runs in the first series of the year against the Blue Jays. Allowing 78 runs did not help Dunedin’s ERA, but their team ERA of 6.39 is the highest in the Low-A Southeast and they lead the league in home runs allowed (22)