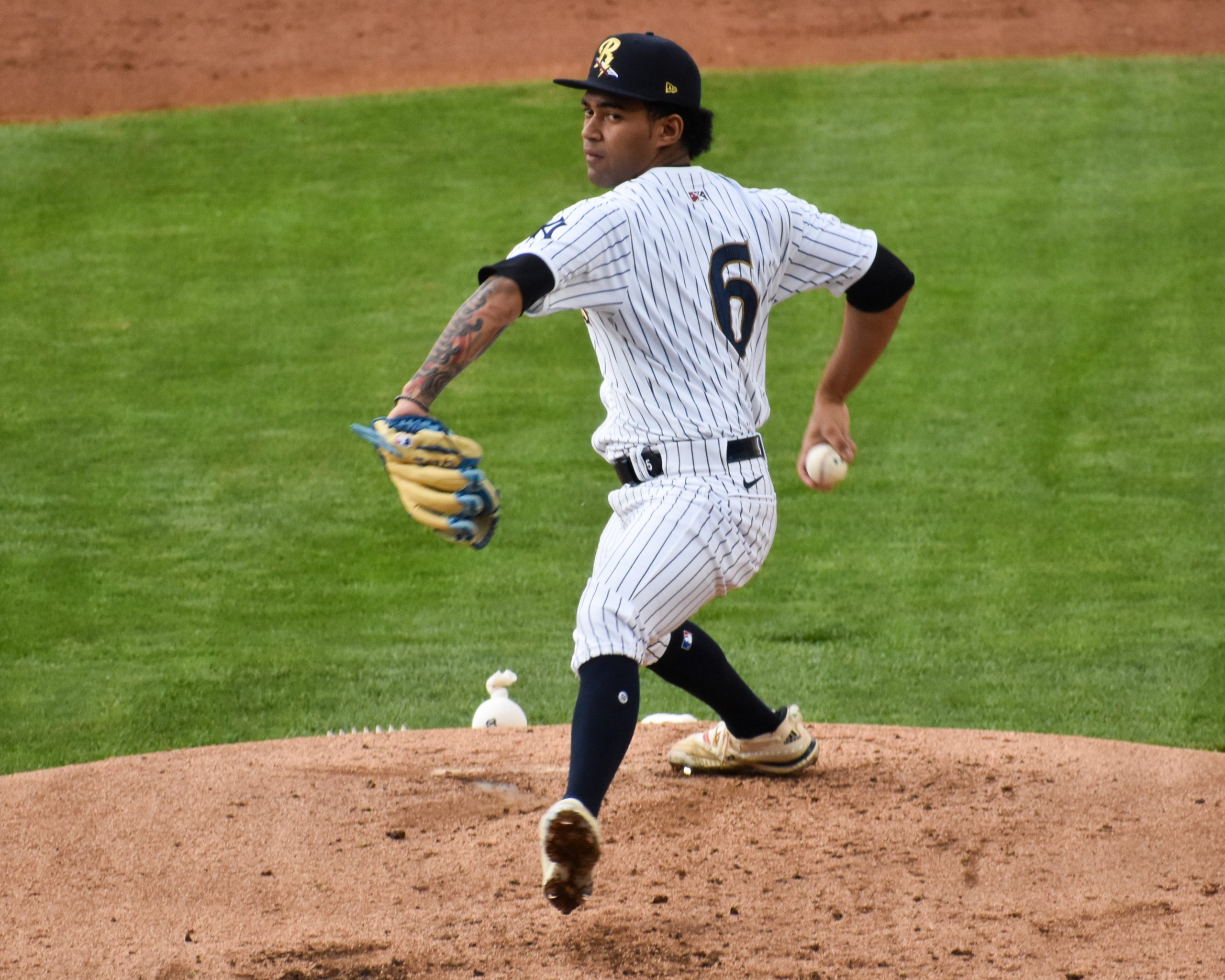 Sunday is Deivi day in Scranton Wilkes-Barre as Deivi Garcia will take the mound for Scranton Wilkes-Barre. It is a day where all four affiliates will look to secure either a win or a split in their respective series. Plus, will Oswald Peraza hit another home run for Hudson Valley? Check out the matchups today with our Pinstriped Previews:

As you will see in some of these Sunday games, they will be rematches of the opening game. The RailRiders are looking to secure their second series win of the year and they have their top pitcher on the mound to try to make that happen.

Deivi Garcia had a good bounceback outing on Tuesday against Lehigh Valley. He allowed only three hits, walked a batter, and struck out seven over five scoreless innings. 49 of his 82 pitches were for strikes and he retired 12 of the final 13 batters he faced.

On the other side, Spencer Howard is regarded by most as the top prospect in the Phillies organization and he kept Scranton Wilkes-Barre off the board on Tuesday. He threw three hitless innings, walked a batter, and struck out three on 40 pitches (27 strikes). While Howard has only thrown five innings in two starts, he has only allowed one hit so far this season.

Despite a 5-4 loss yesterday, there was buzz in Scranton for outfielder Estevan Florial. In his Triple-A debut, he went 1-for-4 with a run scored and a walk. After yesterday’s game, another outfielder, Ryan LaMarre, was called up to the Yankees with Aaron Hicks going on the injured list. 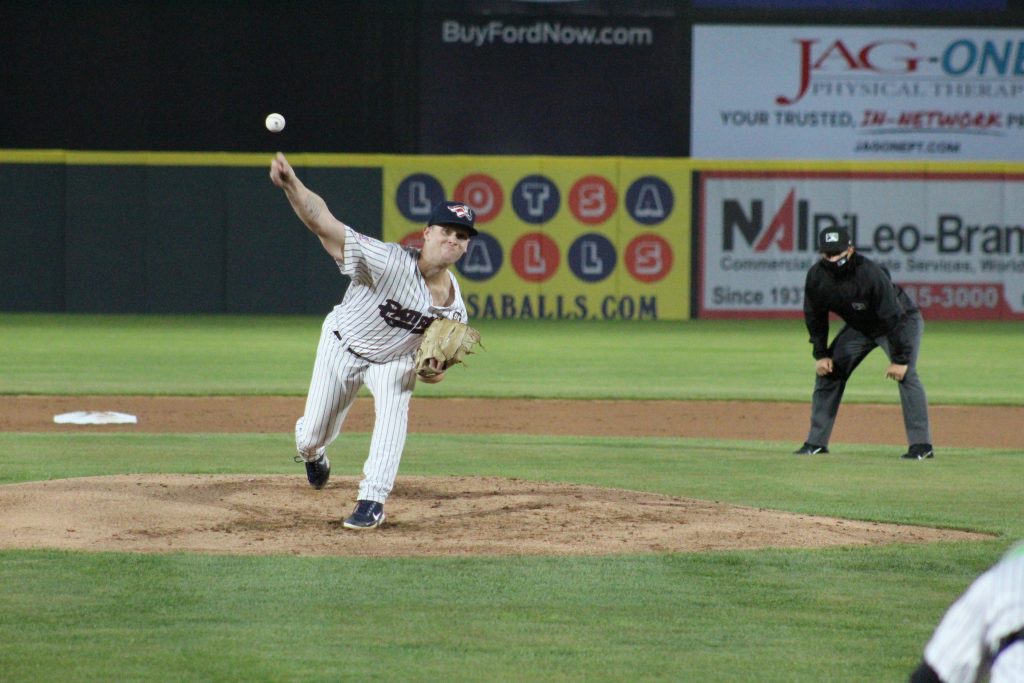 With a win today, Somerset would secure a split of their first road series of the season as they are currently on a 12-game road trip. After Luis Gil struck out eight FisherCats yesterday in his outing, the Patriots will give the ball to Shawn Semple.

The 25-year-old right-hander faced New Hampshire on Tuesday and did not have similar results that he had in his first outing. In four innings of work, he allowed four runs on four hits, walked two batters, and struck out three on 70 pitches (42 strikes) in a no-decision.

Semple only allowed one hit in the first two innings and then the FisherCats got on the board in the bottom of the third with a two-run home run by Gabriel Moreno.

There is no starter listed yet for New Hampshire, but if they stay on turn, RHP Simeon Woods Richardson (0-0, 2.00 ERA) would get the start and he was very good against the Patriots on Tuesday. He allowed one solo home run on one hit, walked two, and struck out eight over five innings of work. 48 of his 78 pitches were for strikes in the no-decision.

That one hit came off of the bat of Thomas Milone. The outfielder did have his four-game hit streak snapped on Saturday, but he has two home runs in his last five games. Another player to watch today is Dermis Garcia. If Garcia is in the lineup, the first baseman will be looking for his third straight game with a home run after his go-ahead two-run home run in Saturday night’s win. 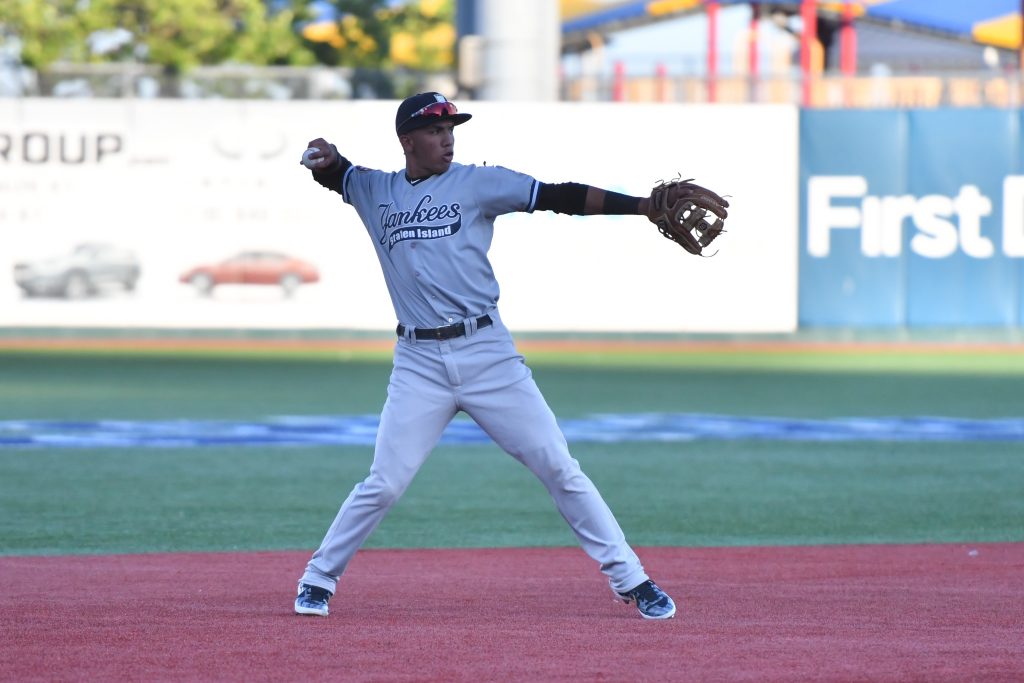 Just like last week, the Renegades will look for a series split in the series finale later today. While no starter is listed, left-hander Ken Waldichuk (0-0, 0.00 ERA) will try to pick up right where he left off on Tuesday. The 23-year-old southpaw allowed three hits, walked a batter, and struck out 10 over 3.1 scoreless innings.  5 of his 10 strikeouts were of the swinging variety.

In his first two starts of the season, Waldichuk has yet to allow a run in six innings while striking out 12 (4 walks) and holding the opposition to a .190 batting average. He will try to hold down the IronBirds today, who have scored 28 runs in the first five games of the series.

Lately, the buzz in Hudson Valley has been about whether or not Oswald Peraza will hit a home run. Yesterday, his solo home run in the first inning gave him five home runs in the last four games and he has homered in four consecutive games. The shortstop went 3-for-4 in the game and accounted for half of the Renegades total hits. 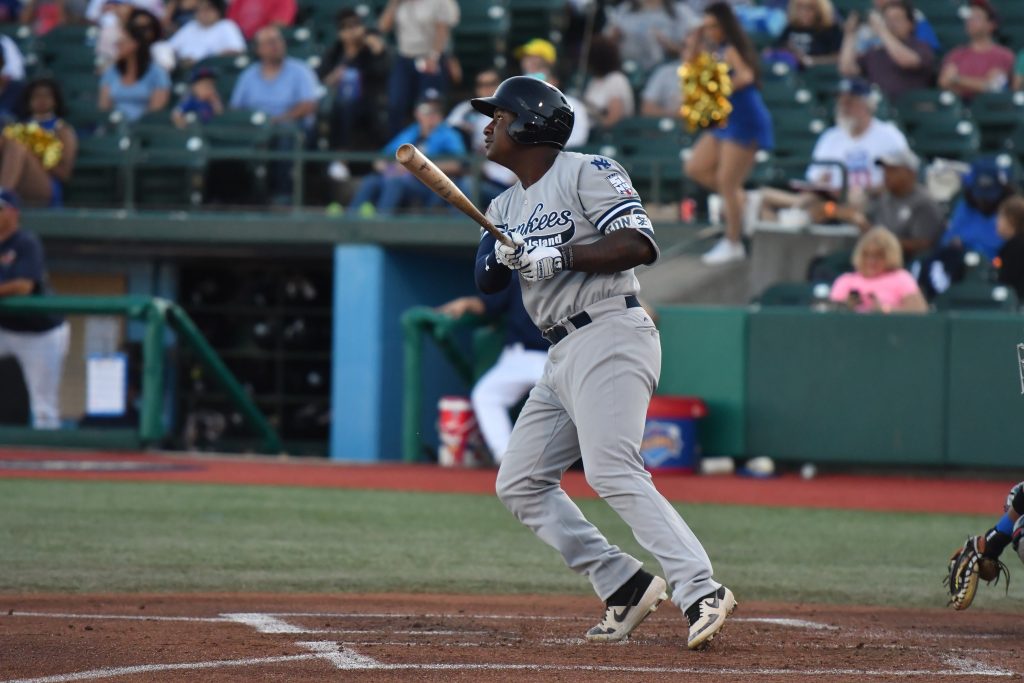 The Tarpons can secure their second consecutive series win with a victory today. Last night, the Tarpons picked up an 8-2 victory over the Flying Tigers.

Meanwhile, on the mound, Randy Vasquez had a great outing on short rest. He allowed one hit, walked two, and struck out two over four scoreless innings. 33 of his 55 pitches were for strikes. The right-hander  allowed an unearned run on two hits, walked two batters, and struck out seven over seven innings in two starts this week against the Flying Tigers.