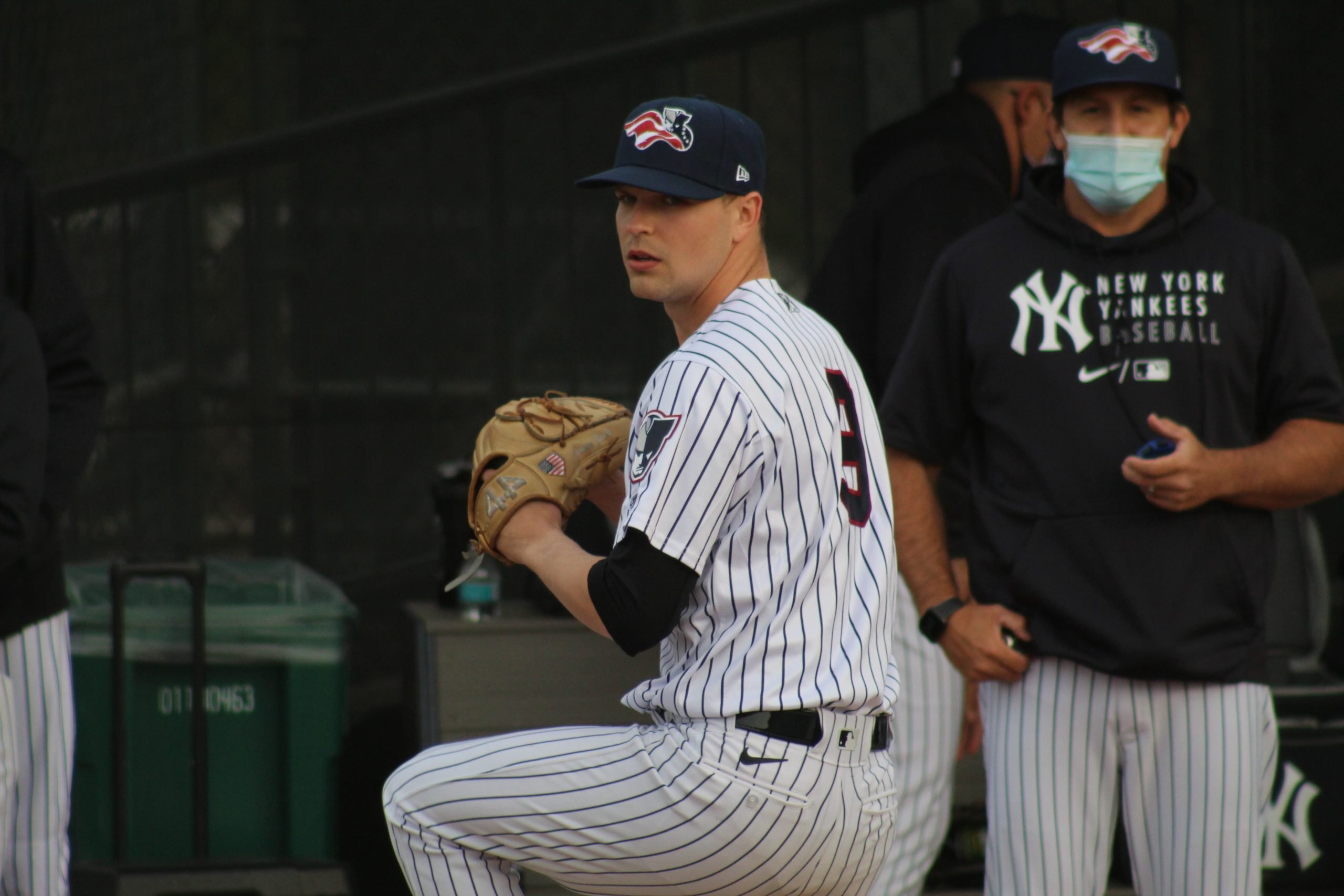 Due to a scheduled doubleheader in Hudson Valley and rain forcing another doubleheader in Tampa, there is a total of six games being played by the four affiliates on Friday. Check out who will get the starts in those games in our Pinstriped Previews: 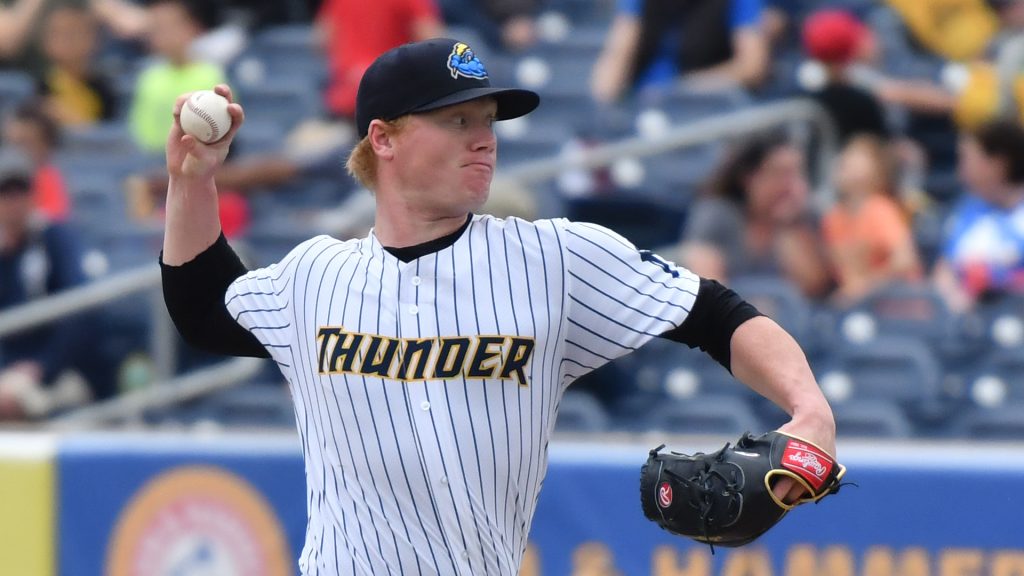 On Thursday night, the RailRiders picked up a 4-2 win over the Syracuse Mets for their eighth straight win against Syracuse. Overall, the RailRiders have won five in a row and will look to extend that streak tonight with Nick Nelson on the mound.

Nelson will be making his second start of the season in Triple-A and it is not uncommon to see Yankees relievers get starts at Triple-A (Adam Warren for example). On June 13 against Buffalo, Nelson threw 3.2 scoreless innings, allowed two hits, walked a batter, and struck out three on 57 pitches (35 strikes). The 25-year-old right-hander has not allowed a run in the last 6.2 innings he has pitched at Triple-A.

For the Mets, right-hander Tylor Megill will get the start. New York selected Megill in the 8th Round of the MLB Draft back in 2018. After beginning the season at Double-A Binghamton (2-1, 3.12 ERA, 42 strikeouts, 7 walks in 5 starts), he was promoted to Triple-A on June 1. While at Double-A, the 25-year-old had three outings of 9+ strikeouts, including 11 on May 22.

In his last outing on June 11 against Worcester, Megill went 5.1 innings, allowed a solo home run on two hits, walked two, and struck out seven on 96 pitches (64 strikes) in a no-decision. MLB Pipeline ranks Megill as the 21st best prospect in the Mets organization.

Socrates Brito was the start of last night’s win as he went 2-for-3 with a two-run home run. In addition to Brito’s good game, Hoy Park continued to get on-base at a high rate as he was 1-for-2 with two runs scored and two walks. 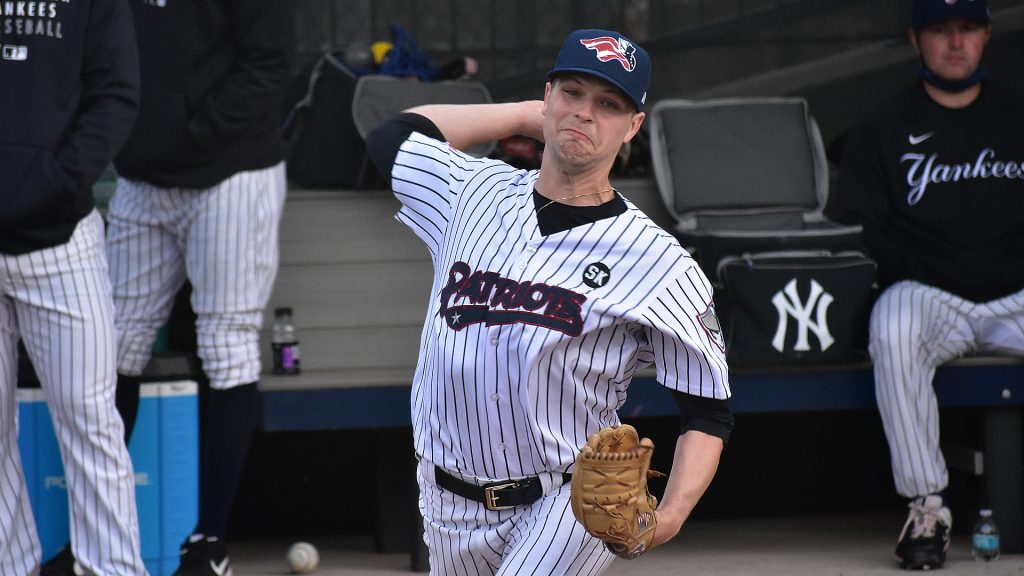 It’s been a great start to the series for the Somerset Patriots as they have outscored Richmond 26-9 in the first three games. In Wednesday night’s 9-3 win, Oswaldo Cabrera hit two home runs, Donny Sands drove in four runs and hit his fourth home run in the last three games, and Michael Beltre was 2-for-5 with an RBI at the top of the lineup.

Janson Junk will take the mound for Somerset to try to continue the momentum and extend the team’s win streak to five games. The 25-year-old right-hander is coming off of a great outing in his last start on June 13 against Erie. In that game, he went six innings (longest outing of the season), allowed three hits, walked a batter, and struck out nine (season-high) on 84 pitches (54 strikes).

The 84 pitches that Junk threw was a season-high as well. In all seven of his outings, Junk has yet to allow more than two runs in any game and he has only allowed two extra-base hits the entire season (one double, one home run).

As for Richmond, they had to use their bullpen a good amount last night as Sean Hjelle left his start after getting one out in the first inning due to injury. Toplikar was selected by the Giants in the 16th Round back in 2018.

The 25-year-old right-hander has been able to go deep into the game in each of his last two starts against the Harrisburg Senators (13 innings pitched). In his last outing on June 13, he went seven innings, allowed two runs on six hits, walked a batter, and struck out five on 90 pitches (60 strikes). Toplikar has not struck out more than five batters in any start this year, so he is a pitcher that is going to rely mainly on contact (2 home runs allowed in eight games).

The star of the series for Somerset has been Diego Castillo. The infielder has been on fire in this series against Richmond as he is 9-for-12 at the plate with a home run, six runs scored, and seven RBIs. In 57 at-bats this month, he is hitting .421 with five home runs and 13 RBIs to go with a .789 slugging percentage. 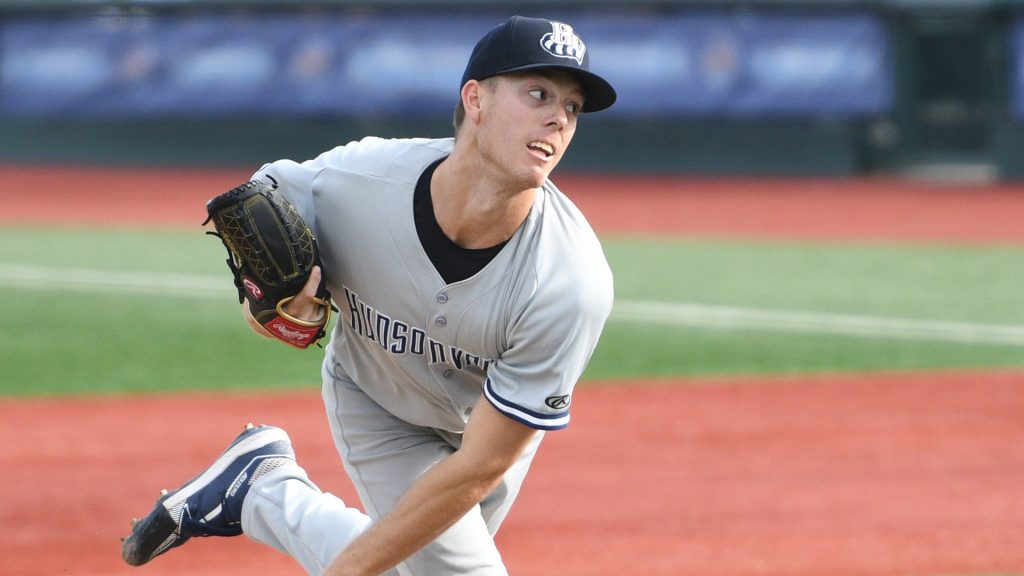 Hudson Valley and Jersey Shore are playing a scheduled doubleheader tonight due to a rainout that occurred on May 30. The Renegades have won two of the first three games in this series and can secure a series victory with a doubleheader sweep today.

No starters are listed as of now for Game 2, but Josh Maciejewski will get the ball for the Renegades in Game 1. The 25-year-old southpaw will be making his third start of the season and his seventh appearance of the year.

This year, Maciejewski has thrown 65 percent of his pitches for strikes and is averaging about 3.6 pitches per at-bat this season. He is coming off of a good outing in his last appearance on June 12 against Brooklyn. In that game, he threw four scoreless innings, walked a batter, and struck out four on 57 pitches (32 strikes).

Kevin Gowdy will get the start for the BlueClaws in Game 1. In two starts this month, Gowdy has already equaled his strikeout total that he had in five outings in May (14). In his last start on June 11 against Wilmington, the 23-year-old went 4.2 innings, allowed three runs (one earned) on eight hits and struck out seven on 77 pitches (53 strikes).

Gowdy has faced the Renegades twice this season and has taken losses in both of those starts. In six total innings, he has allowed four runs on nine hits, struck out eight batters, and walked three.

In last night’s win, Elijah Dunham was 3-for-3 in his third game with the Renegades and Josh Smith and Anthony Seigler each went 2-for-4 at the top of the lineup. 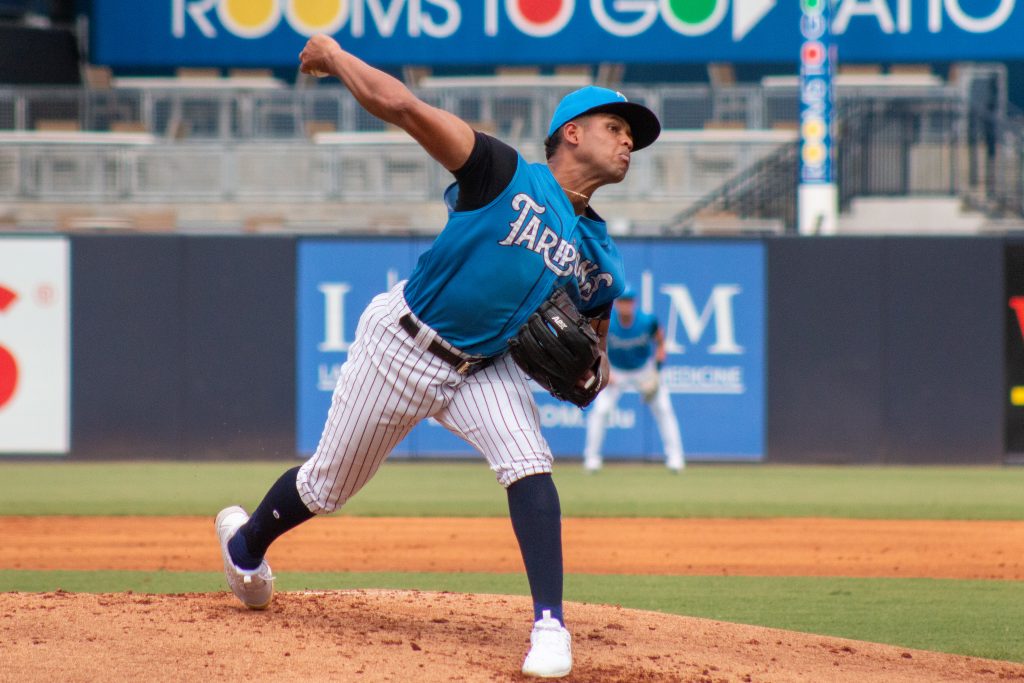 Bradenton and Tampa had the third game of their series postponed due to rain, so the two teams will play a doubleheader today. In yesterday’s Pinstriped Performances, we mentioned Logan Hofmann, so you can read about him there. The surprise is that Matt Sauer was supposed to start last night, but he is not pitching in any of the two games today.

Randy Vasquez will start off the doubleheader for the Tarpons. After having a 6.06 ERA in the first month of the season, the 22-year-old right-hander has allowed just one earned run in his first two outings this month and has 14 strikeouts in those games.

In his last outing on June 11 in Clearwater, Vasquez went 3.2 innings, allowed two runs (one earned), walked three batters, and struck out six on 75 pitches (42 strikes) in relief of Sean Boyle as he picked up the victory.

In Game 2, Bradenton will go with Nick Garcia, who the Pirates selected in the 3rd Round of last year’s draft. In his first professional season, Garcia is off to a good start as he has held opposing hitters in the Low-A Southeast to a .200 batting average and has thrown 58% of his pitches for strikes.

Friday night will be Garcia’s first start as a professional as all seven of his appearances have come out of the bullpen. In his last appearance on June 12 against Daytona, he went four innings, allowed one run on two hits, walked a batter, and struck out six on 58 pitches (36 strikes) in a win. He is listed as the 20th ranked prospect in the Pirates organization according to MLB Pipeline.

The Taprons will go with Ryan Anderson in Game 2. The 22-year-old left-hander had a rough time with his command in his last start against Clearwater on June 10. In that start, he went 3.1 innings, allowed four runs on five hits, walked five (season-high), hit two batters, and struck out one on 72 pitches (33 strikes) in a loss.

Walks have been an issue for Anderson as of late. He has walked at least three batters in three of his last four outings. Due to the walks, Clearwater was able to have action on the bases as they successfully stole three bases in four attempts (most against Anderson this season).