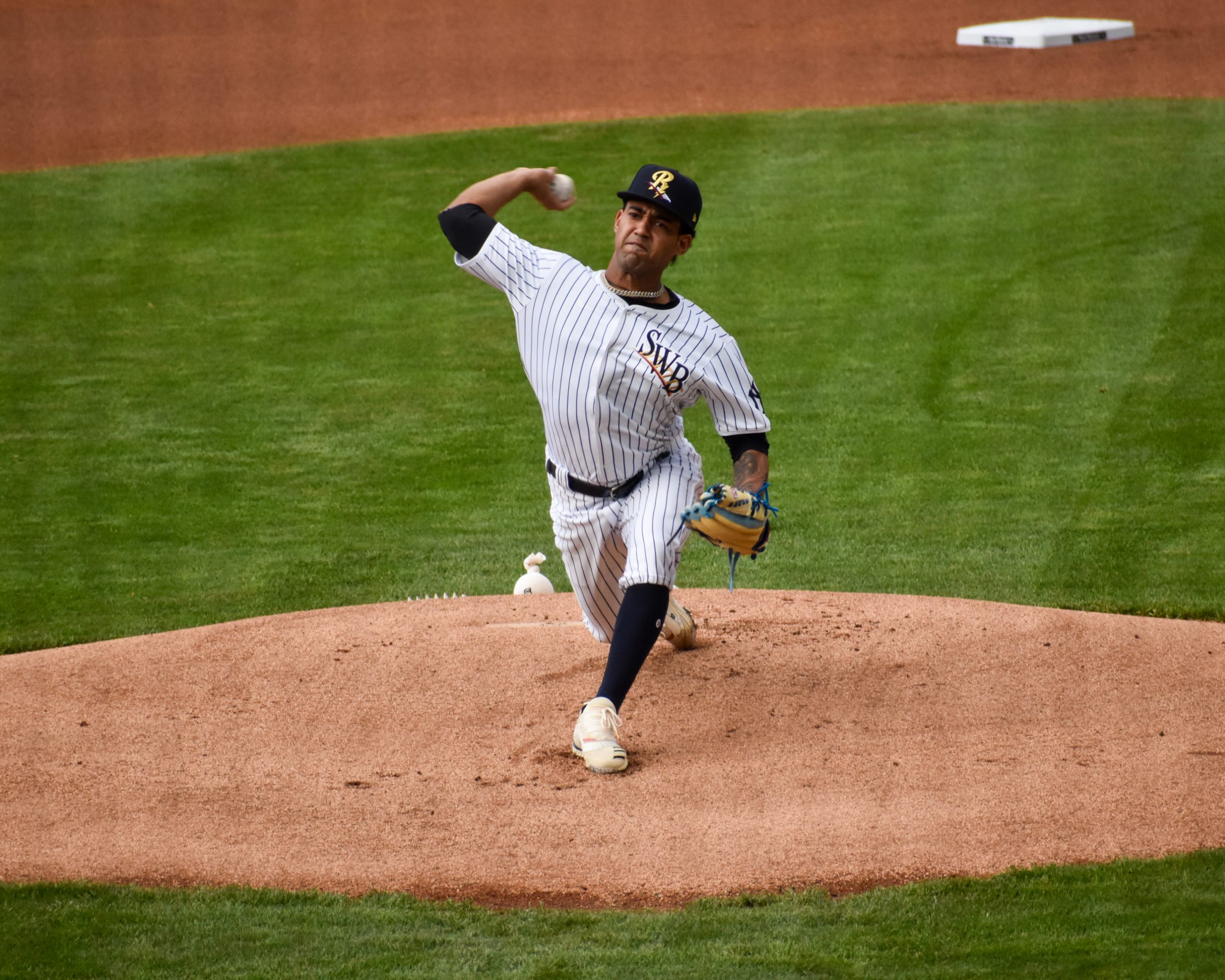 Today is July 1 and the Yankees affiliates are set to play a total of seven games and that is not including the FCL squad that is getting the day off. With the major league club rained out, the minor league affiliates will be in full focus today, so find out who is starting with our Pinstriped Previews:

After the RailRiders won the series opener, 9-7, on Tuesday night, the two teams had Wednesday night’s game suspended due to rain in the top of the third inning. Worcester was leading that game 2-0. They will finish the game today and then play a seven-inning game after that.

Deivi Garcia will pitch the bottom of the third when the game resumes. If there is one pitcher that has to be thrilled that the calendar switched to July, it is Garcia. In five June starts, the 22-year-old right-hander went 0-3 with a 12.86 ERA and had 13 strikeouts to 13 walks in 14 innings and opponents hit .339 against him (.232 in May).

Garcia’s last outing came on June 25 against Lehigh Valley and his problems continued. He went two innings, allowed five runs on five hits, walked two batters, and struck out one on 54 pitches (30 strikes) in a loss. The Yankees need Garcia to find his form, so we will see if that starts today.

The Red Sox will go with McCarthy when the game starts in the top of the third. McCarthy was a 16th Round pick of the Kansas City Royals in 2013 out of Marist and he made his major league debut in 2016. He signed a minor league contract with the Red Sox back in November.

In 16 appearances (1 start) this season, McCarthy has 22 strikeouts to 3 walks in 20 innings pitched. However, teams have a .352 average against him. On June 26 against Rochester, the 26-year-old went three innings, allowed an unearned run on six hits and struck out one batter on 50 pitches (35 strikes).

Yankees fans will be familiar with the Game 2 starter for the Red Sox in Raynel Espinal. The 29-year-old was selected by the Red Sox in the minor league portion of the Rule V Draft back in December. The Red Sox have used him mainly as a starting pitcher. In eight starts, opposing hitters are hitting .202 and he has 42 strikeouts to 15 walks in 45 innings pitched.

Espinal won all three of his starts in June (2.50 ERA) and he has gone at least five innings in each of his eight starts this year. On June 15, he made his last start and went five innings, allowed one run on three hits, walked three, and struck out seven on 94 pitches (55 strikes) in a victory over Lehigh Valley.

Somerset and Harrisburg had Wednesday’s game postpone due to rain and they will play a doubleheader today. Game 1 will feature a fun pitching matchup that we highlighted yesterday between Waldichuk and Cavalli, who the Nationals took in the 1st Round last year. 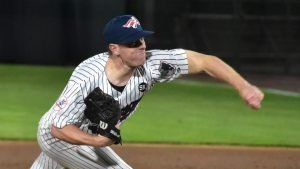 The Senators will go with Mario Sanchez in Game 2. The 26-year-old right-hander has 34 strikeouts to 6 walks over his last five starts and has at least six strikeouts in four consecutive outings. Against Altoona on June 25, Sanchez went six innings, allowed two runs on two hits, walked a batter, and struck out six on 83 pitches (55 strikes).

Sanchez has pitched into the sixth inning in five straight starts, which could come in handy in a seven-inning game. His first start of the year was against Somerset on May 5. He took the loss in that game as he allowed three runs (two earned) on seven hits and struck out four over four innings (47 of 76 pitches for strikes). The one home run he allowed was a solo shot by Donny Sands, who had 7 home runs and 15 RBIs in 21 games in June.

Somerset’s bullpen will look a little bit different in the next couple of days as right-hander Keegan Curtis was dealt to the Arizona Diamondbacks in the deal that sent outfielder Tim LoCastro to the Bronx. 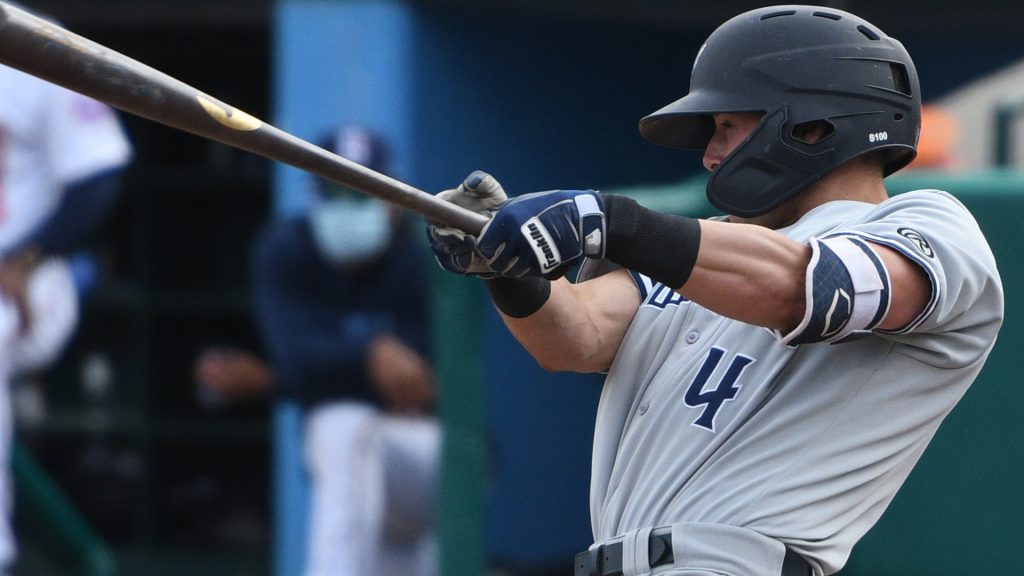 Despite leading Wednesday night’s game, 6-1, the Renegades found themselves in extra innings. However, they were able to hang on for an 8-7 victory. Brandon Lockridge was 2-for-5 with three RBIs and had the go-ahead triple in the 10th and Josh Breaux went 2-for-5 with a two-run home run.

Even though it was in a no-decision, Josh Maciejewski had one of his best starts of his professional career. He allowed an unearned run on two hits and struck out nine over six great innings (54 of 77 pitches for strikes).

If the Renegades stay on turn, right-hander Reid Anderson (0-0, 2.70 ERA) would get the start. Anderson was selected by the Yankees in the 40th Round back in 2018 out of Brown University. He began the season in Double-A Somerset (1-0, 3.95 ERA in eight relief appearances).

Anderson was sent down to Hudson Valley on June 15 and has been used as a starting pitcher. In his last start on June 25 against Wilmington, he had a new season-high for strikeouts in a start. In four innings of work, he allowed one run on two hits, walked a batter, and struck out seven on 58 pitches (37 strikes). 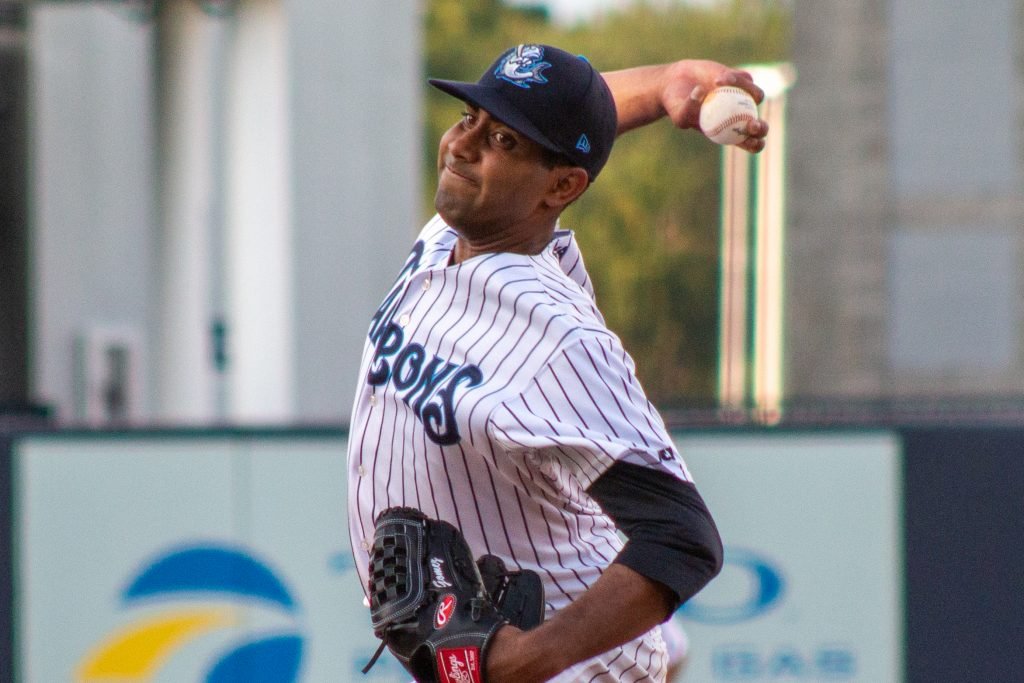 The Tarpons are probably just hoping they can go a day without rain being in the forecast. Their two scheduled games against Jupiter this week have yet to be played due to rain. So, the two teams will try to play a doubleheader on Thursday to get their series started. No pitchers have been announced for those games.

The Hammerheads will start LHP Dax Fulton in Game 1 (1-2, 5.02 ERA). Fulton was selected by the Marlins in the 2nd Round of last year’s MLB Draft. In eight games pitched (seven starts), the 19-year-old has 34 strikeouts to 16 walks in 28.2 innings pitched.

Fulton’s last start came against Bradenton on June 25. He went 4.2 innings, allowed one run on two hits, walked three, and struck out six on 78 pitches (50 strikes). The 78 pitches was a season-high for him.

For Tampa, Yoendrys Gomez will go in Game 1 and he will be making his fifth start of the season. Due to rain in his last start, the 21-year-old was only able to pitch the first inning. On June 22 against Lakeland, he allowed two hits and struck out a batter in a scoreless inning on 16 pitches (12 strikes).